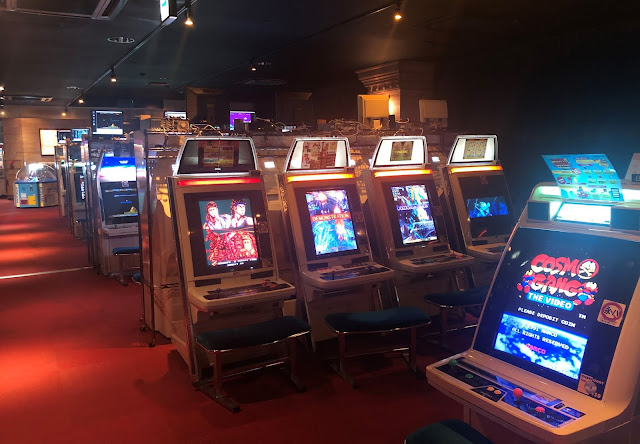 Just a few weeks ago I went to Warehouse Kawasaki in Kawasaki city – a city sandwiched between Tokyo itself, and Yokohama. It’s something that I’ve wanted to do for many years, based on what I had heard of it, but never previously had the opportunity to do so (i.e. never had a full day spare to dedicate to an arcade). As it turns out, visiting this year has proven to be very fortuitous for me, because Warehouse Kawasaki is actually closing down.

You may have seen social media posts or comments about this arcade, even if you don’t know it by name. It’s a giant, multi-floor arcade which has been designed to look just like the fabled Kowloon Walled City of Hong Kong’s past. Famous for being a decrepit place with the highest population density on earth, Kowloon Walled City was a maze of alleys, restaurants, and residential slums that were so tightly built together that light itself was blocked out. In addition to being a death trap were a major fire to ever break out, the inherently dystopian aesthetic of Kowloon inspired umpteen artists and creators, not least of which included Ridley Scott with the stunning cyberpunk vision that was Blade Runner.

Kowloon Walled City is gone now. In addition to being a death trap, it was a slum that was notorious for resourcing any vice you might have, and the authorities weren’t big fans of that. Its spirit lives on, at least for now, with Warehouse Kawasaki. Only there, instead of eking a life out of a deeply unpleasant existence, you can play (mostly) retro video games instead! 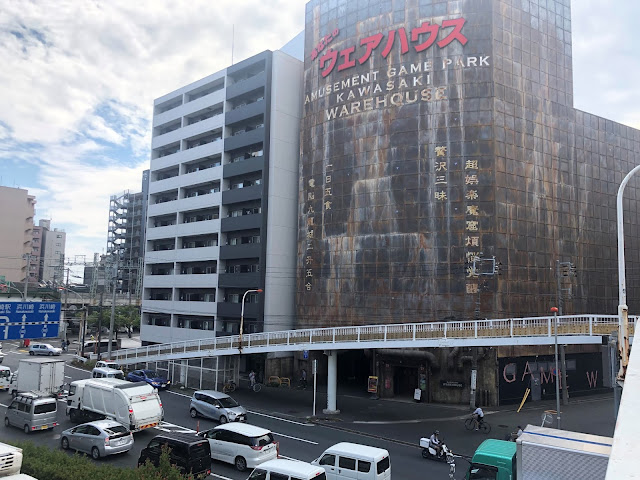 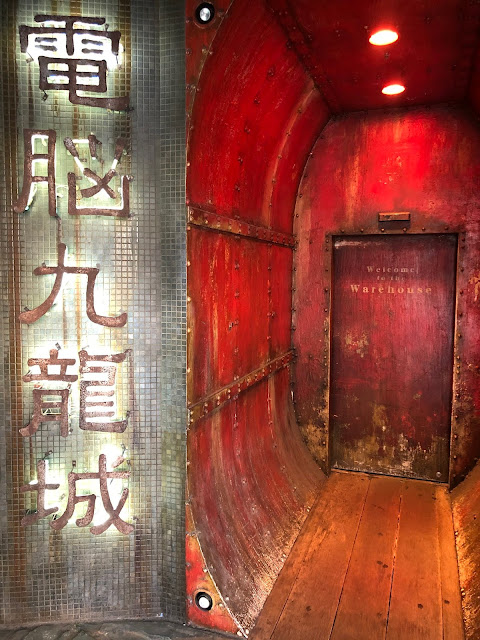 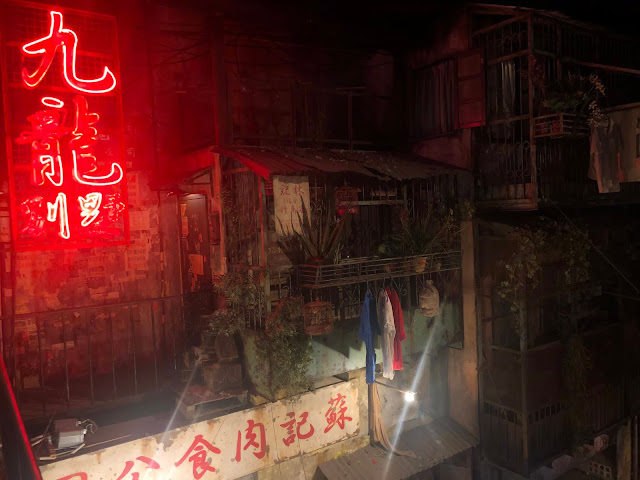 The range of games on offer is truly astounding. Pushing past the massive number of UFO catchers and other such prize “skill” testers (I won a half dozen bikini girl figures this year… yes, those things sucker me in bad), there is row upon row of classics SHMUP and fighting game machines, any number of rhythm games, and racing games galore. The top floor hosts the largest pool and darts hall I’ve seen in Japan to date. All of which is made so much more entertaining by it being so carefully designed to look decrepit.

The toilets, especially, look like a lot of work went into making them as putrid as the typical public bathroom in Sydney does (or something out of Silent Hill, if you haven’t had the “pleasure” of using communal bathrooms in Australia). They are, of course, spotlessly clean underneath the decor (unlike the case with Sydney), but the designers of this arcade went as far as to import posters and notices that were used in Kowloon Walled City itself, for that extra dash of authenticity. There are plenty of seating spaces to simply relax from the gaming for a moment and take in the ambiance, and it’s the kind of place you could easily spend an entire day in. Unlike other arcades throughout Japan, that theme park aesthetic and design makes it a fun destination in its own right, rather than a space to simply drop in for a quick game or two if you come across one while out and about. I’m not a big fan of how lazy the SEGA arcades are with the experience side of things, but Warehouse Kawasaki is something I am right on board with.

You have to assume that Warehouse Kawasaki is shutting down for financial reasons. There were enough people in there while I was there, but arcades in Japan are finally feeling the bite of commercial reality that arcades in the rest of the world felt a decade or so ago. It’s just too hard to sustain a business that guzzles power through countless arcade cabinets when it’s only charging $1 or $2 for a person to play on those machines. Even after my wife and I spent an entire day in there and drowned so very many 100 yen coins into the skill testers, we only spent $100 or so between us for the full day, and walked out with a very substantial chunk of that expense back in prizes. 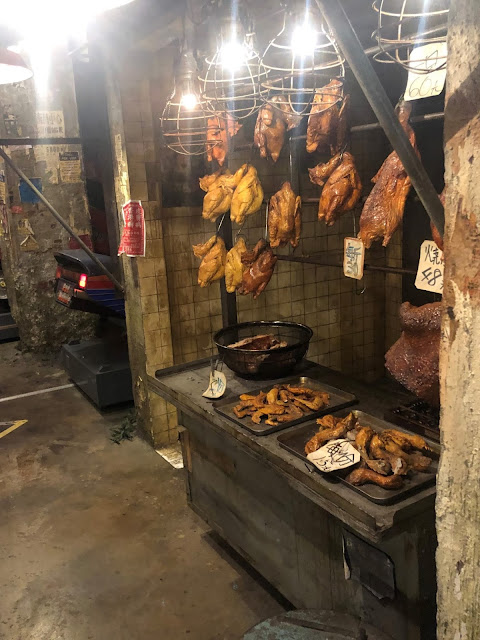 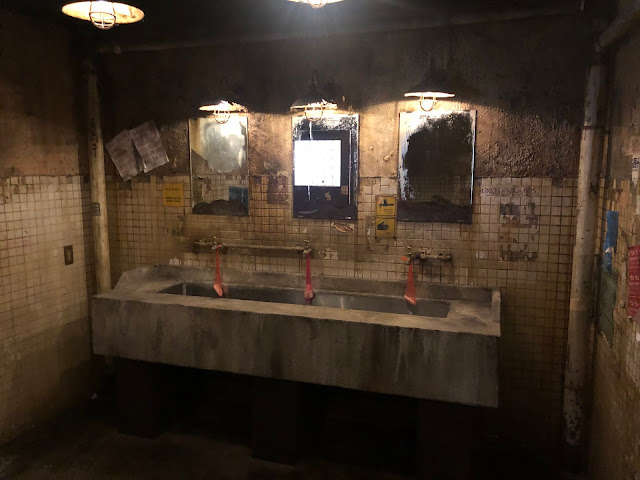 Still, it’s a pity that the owners weren’t able to monetise this particular arcade in a sustainable way. With a 4.3 rating after 1,818 Google reviews (at time of writing), Warehouse Kawasaki has become a major tourist draw card in a part of Tokyo that doesn’t really have many of them. When I stay in Tokyo I live in one of the suburbs of Kawasaki city, and even though it was only a 20-minute train ride to Kawasaki CBD proper (and Warehouse Kawasaki), it took ten years of travel to Japan to get around to making the trip for the first time. Other than a reasonable-sized but otherwise unspectacular shopping mall, and some hotels that offer reasonably convenient access to both Yokohama and Tokyo proper, Kawasaki city just isn’t a tourism hotspot. That arcade was doing something to change that, and bring some of those all-important tourism dollars into the area.

Most of the good stuff to do in Kawasaki is a commute away from the CBD – the Fujiko F Fujio Museum is a must-visit if you’re a fan of anime, manga, and particularly Doraemon, and there’s some really nice nighttime factory tours that photographers can take to get some really good sci-fi-like images. Kawasaki City has a density of industrial buildings and facilities that a trip up the river to see them lit up at night is something special. Culture buffs will also enjoy visiting Kawasaki Daishi Heiken-ji Temple, as it is actually the largest temple by foot traffic, though overshadowed by the temple in Asakusa in the eyes of most tourists. Warehouse Kawasaki would be in my top-3 things to do in my local area of Tokyo, but sadly, you only have until November 11 to get that experience in. If you do happen to find yourself in Japan over the next month, don’t pass this one over.

Here’s a new trailer for that Dark Crystal tactics RPG