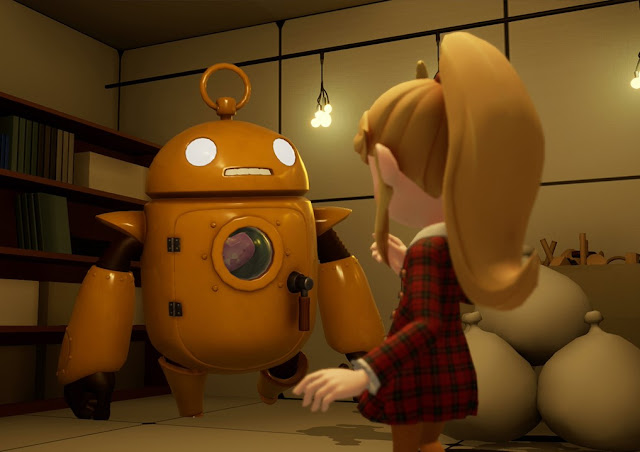 What a sweet little JRPG Tick-Tock Travelers is. It runs at about 20 hours in length, it has a difficulty level that’s pitched for the young, a charm that will appeal to the young at heart, and it offers a nice little riff on the the very Shinto concept that objects can obtain souls, and that’s something to respect. It’s the kind of JRPG I keep asking for, and rarely get – something that isn’t overwritten, overlong, or overly demanding of the player. It gets in, tells its story, and lets you move on. Bliss.

At the centre of Tick-Tock Travelers is a guardian robot named Issac. I had a devil of a time remembering that his name was not Baymax though. I’m almost certain that, while Issac is metallic rather than inflatable, both he and the hero of Big Hero 6 are cut from the exact same cloth. Issac is a robot with a jeweled heart at his core, and a metaphoric heart of gold to go with it, and throughout much of the adventure he’s an enigma. When Sherry, a little girl thrust into a dangerous adventure, first meets Issac in the opening chapter, no one (not even Issac) knows who or what he is, or why he exists, other than that he has orders to protect Sherry. We all assume that Issac comes from a very sentimental place right from that introduction, but unraveling just what that is, is the subtext to pretty much everything you do in this game.

Issac starts off as being barely capable of doing more than lumbering around and throwing the occasional fist, but as the adventure pushes on, he gains the ability to take on different roles in combat – each with their own adorable visual style. It’s also only Issac that can trigger the game over – if the other two characters in your party pass out, the battle continues, but if Issac’s health is reduced to 0, it’s done then. Oh, yes, you learn to care about Issac very early on. 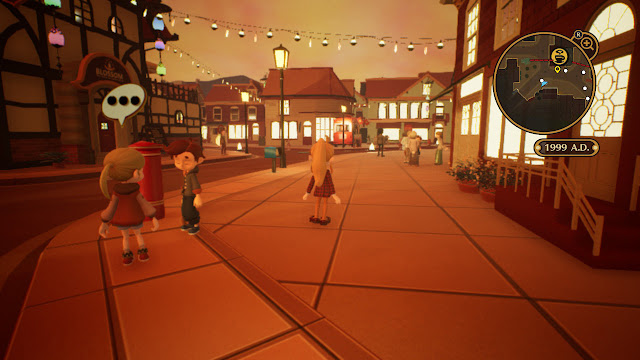 Issac’s also the reason that you can time travel, and that’s where the story of Tick-Tock Travelers really kicks in. Sherry is one of a very few number of people to somehow avoid a mysterious cataclysm, in which time is stopped for everyone else, and aggressive, sentient machines take over. With the help of Issac and a friend, Sherry pops back a couple of decades and sets about doing what she can to stop the machines before they can become trouble.

Sherry comes from something of a difficult family. Her father is a workaholic who lets her down over and over again, and her mother doesn’t seem to be overly concerned with the impact that has had on her. Dare I say that it all comes across as a little Charles Dickens in execution – not that the family’s impoverished, like in many Dickens tales, but rather that there’s certainly the notion that the youth are generally let down by their parentfolk and the society around them, most of whom seem to be preoccupied with their own lives.

Much of that background grinds to a halt once the robot menace emerges, as Sherry and her friends (throughout multiple time periods, and including her teenaged parents at points) have to deal with a much more pressing concern with the sentient machines. Here’s where the Shinto elements kick in. One of the cornerstone beliefs in Shinto is that everything – animate and inanimate – can have a soul, and therefore everything needs to be respected as such. That there are throwaway quotes at the start of the game about how “grandma should get rid of the old TV” seems to imply early on why the machines have turned against humanity. I’m not going to confirm exactly why though – no spoilers here. Tick-Tock Travelers is a relatively brief JRPG, but it does carry a strong story that doesn’t overstay its limits, filled with interesting characters and some vivid ideas. 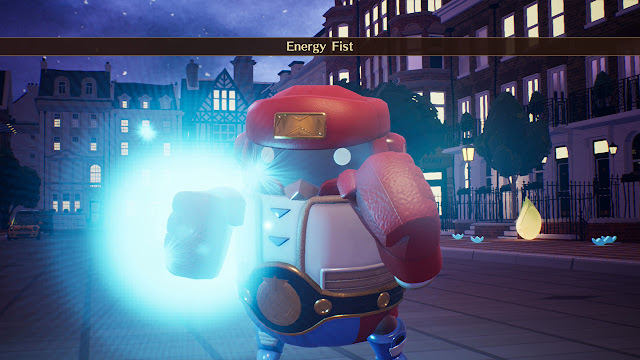 It plays very much like a paired-down JRPG, and something that you might use to introduce younger people to the genre. There’s not much equipment to juggle, each character only ends up with a handful of skills, and about six or seven hours in, most veteran JRPG fans will have figured out some easy attack patterns that they can apply to get through most combat scenarios. Tick-Tock Travelers is by no means a difficult game, but then again it doesn’t really need to be, either. The combat attack animations and general personality back up the whimsical tone of the narrative, and remains very playable throughout, despite the frequency with which you’ll get into combat.

Visually, Tick-Tock Travelers is quite simple, with fairly constrained (and limited) environments and character models that are pleasing, but hardly photorealistic. That’s why it’s quite surprising how poor this game looks when playing in handheld mode on the Nintendo Switch, as though the screen had a tub of vaseline applied to it before play. When playing in docked mode it’s a much clearer and more vibrant experience, and the better way to play this particular title.

Destiny Connect: Tick-Tock Travelers biggest problem is that there are so many more memorable JRPGs available on Nintendo Switch. It’s a sweet little entry-level game, and is refreshingly brief in length and scope. It also has a streamlined, nearly retro approach to its combat, and it has fun with its time travel theme. It might not be particularly profound, but it is sweet and cheerful and has a really good soul.