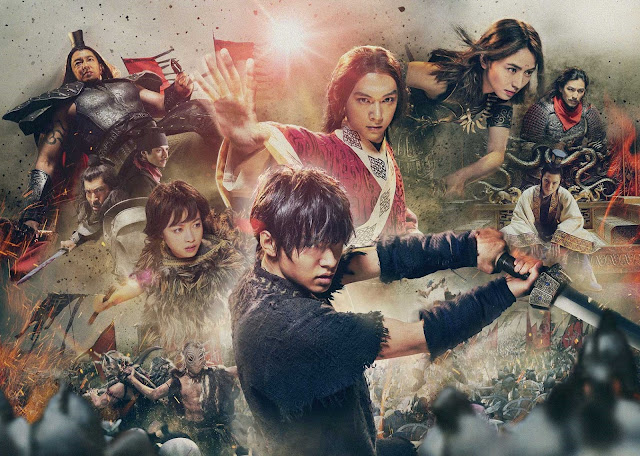 When it comes to history, the Japanese anime, manga and games space has the unique ability to make eras and events that we in the west might be completely unfamiliar with accessible. As I’ve said many times before, Samurai Warriors was what got me interested in Sengoku history, and while it makes extreme embellishments on the real history and events of that period, by becoming familiar with the names and major players I’ve found research and learning about the period much easier since.

Related reading: Why Samurai Warriors deserves more respect for the way it depicts history than it gets

The same can be said about the Three Kingdoms era of Chinese history. Yes, you could try reading the book, but that book has over 1,000 characters, 120 chapters, and 800,000 words in it. Good luck following it, or seeing it through if you’re not already familiar with it. You could also try watching a serious film, like the John Woo epic Red Cliff, but while that film works for people who already know the history, for anyone who doesn’t penetrating beyond the neat action scenes to really understand what is going on is a task in itself.

No, for most people I would recommend either the Dynasty Warriors series, or, now, Kingdom, a new film that is currently doing the circuit, and which is a film adaptation of a wildly popular manga and anime property. Staring Yamazaki Kento (who also stared in the also-great JoJo’s Bizarre Adventure adaptation film) and Yoshizawa Ryo (Gintama and Bleach), and directed by manga adaptation specialist, Sato Shinsuke (Bleach, Death Note, Gantz), Kingdom is hugely entertaining and a very accessible entry into a dense period of history… and more broadly, the kind of historical epic dramas that are made about this period of history. 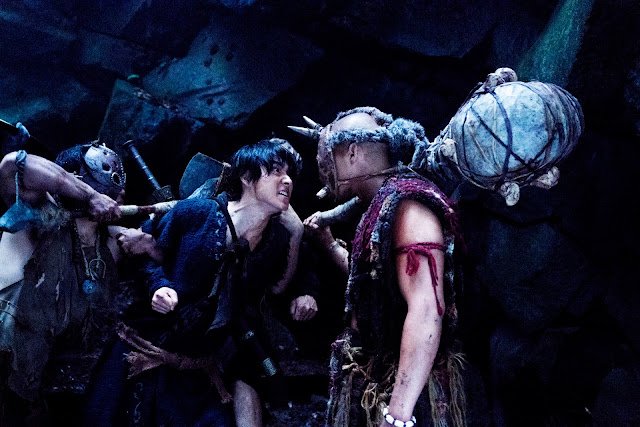 Kingdom’s narrative is, of course, highly embellished and at times only vaguely related to events from Romance of the Three Kingdoms. However, the character names are real, and the broad events are there. The story follows an orphan, who, along with his adopted brother, teach themselves how to fight, with the eventual goal of becoming the most powerful generals in China. Things take a sharp swerve when one of the two is called on by the king to be a sacrificial look-alike, to save him from a plot from the king’s own brother. When the boy dies in this role, the other sets out on a quest for revenge, initially planning on also punishing the king for allowing his brother to die, but we all know from the outset that that will change as he comes to learn what’s really going on.

From there Kingdom follows a very well-trodden anime path; the rag-tag band go about gathering up allies in order to organise a coup against the villain. They fight ever-more powerful enemies, giving our young hero the chance to start on the path towards becoming the most powerful warrior, and this all comes to a head with an assault and invasion on the despot’s keep.

Kingdom is an entirely predictable film in some regards. One of the reasons that I’m such a fan of the Rurouni Kenshin trilogy is that it largely does away with the anime formula of “hero fights enemy which initially seems impossibly powerful, but beats them, ‘leveling up’ and allowing him to take on the next enemy who, of course, initially seems impossibly powerful.” Manga and anime has an obsession with hierarchy in part because Japanese culture is hierarchical, but that very boyish “gotta get more powerful” does wear thin as a theme. Rurouni Kenshin’s filmic adaptation was far more subtle about that, but Kingdom makes it overt. 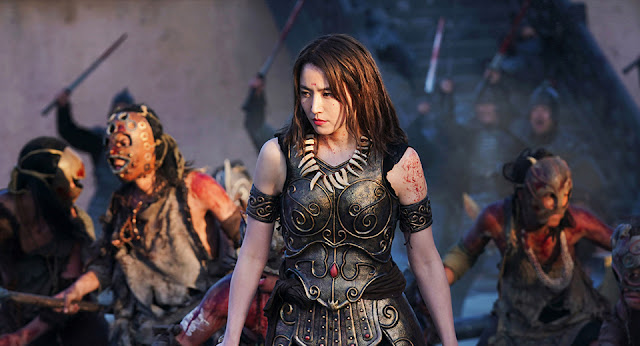 Still, the fight scenes are gorgeously choreographed, and each actor is supremely confident in their role. A special call out goes to Nagasawa Masami, who plays Yang Duan He in the film. As the leader of a isolated band of mountain savages/assassins, Nagasawa’s presence as a warrior of terrifyingly powerful warrior is badly underused in the film, and I came away wishing that she would get her own film down the track. They’re all good, however, and as you would expect from an experienced anime adaptation director, Sato has a real eye for the cinematography and capture of movement.

Kingdom isn’t the lavish historical epic that the Chinese filmmakers are always inclined towards whenever they tackle the Three Kingdoms era. It loses the majesty of those films, but the trade-off is something much more watchable and accessible. There’s only so much grandiose you can handle before it becomes a tiring slog to take in. Kingdom’s more immediate and snappy pace is easier to take in, and more entertaining as a result.

The combat scenes, costuming, and general energy of the film make it one that’s much better suited for the big screen. Thankfully (for Australians, at least), you haven’t missed your chance. Kingdom is one of the headline films of this year’s Japanese film festival in Australia, and while I would by no means suggest that it’s a classic masterpiece to come from the Japanese film industry, it’s both entertaining and accessible, both as Japanese cinema and Romance of the Three Kingdoms, and it’s an ideal one to go along to if you’re simply looking to have a good time.