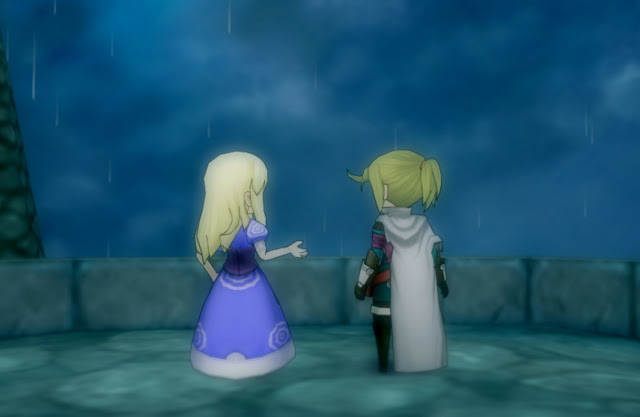 The frequency with which we need to talk about nostalgia in the context of JRPGs is startling. Over and over again we are now seeing developers who grew up with the NES and SNES finally hit the age where they’re able to helm game projects of their own, and the results are everything from Kemco’s nonsense, through to modern genre masterpieces like Bravely Default and Octopath Traveler. The Alliance Alive is another one of these, and having missed the chance to play the original on 3DS, I’m so very glad that NISA and FuRyu decided to give it another spin on more than the Nintendo 3DS, because this thing’s a treat.

Related reading: For a second take on the game, read our review of the 3DS original

Right out of the box, the most appealing thing about The Alliance Alive is the way it borrows from the storytelling rulebook of JRPGs of yesteryear. Before it was possible to build games on (effectively) unlimited memory, and before entire teams of writers were recruited to create “content” and confuse players that length and depth are the same thing, the storytelling found in these games was both brief and efficient. If you take the actual script of Final Fantasy VI, for example, it’s not that long. It enjoys rich characterisation thanks to its brilliant mastery of quips and single sentence statements, and it tells a truly deep story because not every philosophy textbook is a brick (in fact, most of them are not). To this day it stands as the game I wish more modern game developers would play to learn some lessons about storytelling.

Too many “modern nostalgic” titles still mistake wordiness for rich writing, but The Alliance Alive is an almost majestically brief game at times. Characters are portrayed with an efficiency that meant I was instantly attached to them. For example, one girl lives in a world of perpetual rain, and her single-minded dedication to seeing a picture of the blue sky sets her up as a naive, sweet, but focused girl, and does that with about ten lines of dialogue. I love her. Later we meet a daemon noble, and we instantly know that she’s one of those that genuinely wants to get to know those that live on the other side of the tracks (because she scolds her butler/servant for being rude to a human), and at the same time we get to know the cantankerous butler as being loyal to a fault to his ward (because he’s so damn protective of her). 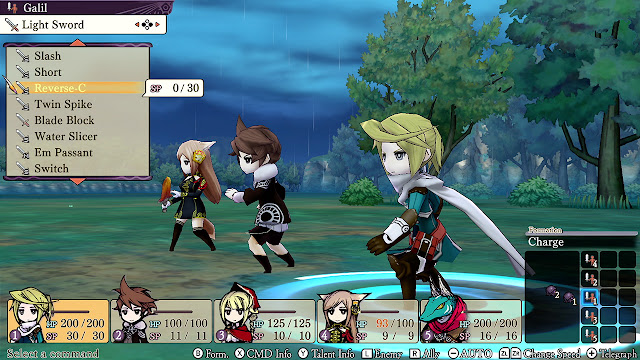 Then there’s the mechanic girl who fights from the back of a giant mech duck that she built, and then uses a shrink ray to shrink the duck down to carry it with her when she doesn’t need the quacking tank. That cut scene runs for about a minute or so, and you come out the other end both happy (because it’s funny, and you’ve just had a good belly laugh), and the sense that this girl is resourceful, a little odd, and the go-getter type. You’ll love her, too. A modern RPG would over-write every single one of these characters to try and make them out as something more than they are, and all of it would have been completely unnecessary. By the time you’ve brought the nine main characters of The Alliance Alive together for the “main” quest to start, you know that you love (or love to hate) every one of them, and not once did the game feel like it was dragging its heels getting you there.

None of this is to say there’s not a narrative of worth in The Alliance Alive. It’s a little on the nose, but it tells of a world of humans, daemons, and beastmen that are historically behave very much to one another like how Romeo & Juliet’s extended family interacted with each other. That is to say, if there wasn’t a body lying in the street at the end, it was a good day. But, naturally, there are people looking to change this and escape their respective dreary existences, and when fate brings them together they set out on an adventure, which lands them thick in the middle of a whole bunch of world-shattering events. In other words, it offers that exact same sense of an epic journey that the earlier Final Fantasy games were so impressively able to do on such limited hardware. No spoilers here, but the game touches on many of those same themes that earlier RPGs so effectively explored – the practical issues around racism and xenophobia through to the more thought-experimental exercises around existentialism, determinism, and so on.

It’s just as well that the narrative of The Alliance Alive really captures its nostalgic roots, because (particularly where the HD remaster is concerned), this game looks surprisingly modern for something that was meant to be “nostalgic”. Rather than pixels, the world has a gorgeous painterly aesthetic throughout its environments, subtly calling to mind the classic ukiyo-e art style of Utagawa Hiroshige and his work in visually capturing the 53 Stations of the Tokaido Road. It’s very, very subtle at times, given that the art direction also includes low-polygon elements and character designs, but those backgrounds are truly gorgeous, and bring a vibrancy to each new area to make the journey itself one of wonder (just as Hiroshige did). 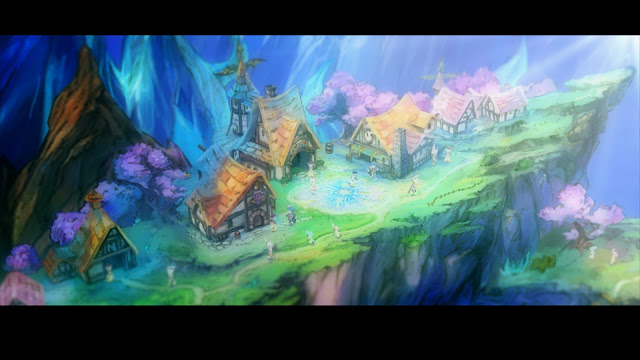 The characters, monsters and other 3D art are overtly aiming to capture a simplicity that players will interpret as “retro,” but in practice they’re also intricately detailed, richly drawn, and very modern on the eyes. It’s a little like how World of Final Fantasy used the bobble head aesthetic to great effect to give players a game that both felt nostalgic without looking like it was indebted to those old art styles. The Alliance Alive lacks the charming monsters and heritage of Final Fantasy’s title, but it’s going to go down as one of those games that always deserved more credit for its aesthetics than it’s going to get.

If The Alliance Alive has an issue, it’s that it’s ridiculously easy, and given that it’s working so hard on its nostalgic credentials elsewhere, this is a truly baffling design decision. There is a difficulty spike midway though which apparently catches some out, but it’s not one that I encountered through my own run through – possibly I was lucky in picking the right mix of “talents” (skills) that are earned through points gained through battle. If that is the case, then it nonetheless demonstrates that the difficulty in this one is quite arbitrary, and not handled well.

It would have been one thing to have an easy mode for those that wanted to simply enjoy the story and presentation, but with no selectable difficulty, there’s next to no challenge in this game for anyone. It’s not that you can grind your way to dominance, mind. Rather than get experience levels your characters will earn new maximum HP and skills based on how you use them in combat. This is a good system, and I’ve liked how it has been employed in everything from the Square Enix SAGA series to Bethesda’s Elder Scrolls in the past – but here there’s no real point to engaging with the system because the difficulty of the enemies is set so low. They, then, become a chore to work through, and given that your characters get their HP restored to them between battle, the only way you can even give yourself a challenge is to run around, catch the attention of a number of enemies at once, and then have to battle them in a gauntlet of battles, one after another. This does introduce a degree of attrition and resource management to the action, but only by turning battle into a painfully extended slog, and completely at odds with the smooth pacing that is otherwise such a hallmark of the game. 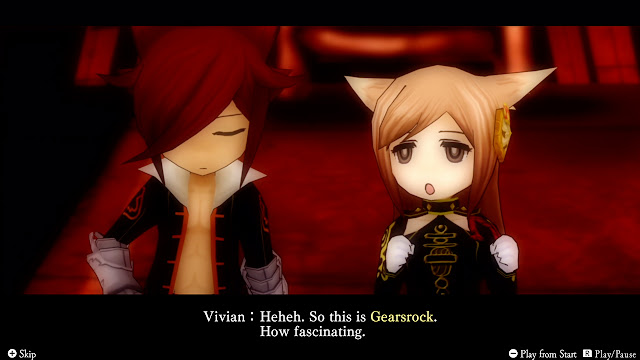 Then you’ll get to a boss only to discover that you have access to a super-powerful attack which will turn those boss battles into cakewalks, but at the expense of your equipment, which is destroyed in the effort. That’s not much of a punishment, however, given that your character can be holding two different weapons at the same time, and there’s a repair shop around the proverbial corner. When combat becomes this easy, I find it to become tiresome, as it does feel like there’s no meaningful reward for actually participating in it. Consequently I quickly find myself disinclined to explore in an overly easy game, as the risk of additional enemy encounters just isn’t worth it. With The Alliance Alive I was ignoring treasure chests and trying to rush through dungeons, which is a pity, because they too exhibit gorgeous aesthetics and design elements.

I love The Alliance Alive HD for so many reasons that the laughably simple gameplay was a non-issue. The characters are vibrant, the world is fascinating to explore, the aesthetics are gorgeous, and the game perfectly straddles that line between indulging in nostalgia and modernising what it needs to to retain relevance. It’s the kind of game that looks like it would be easy to dismiss or overlook as being something too indebted to yesteryear, but in truth it deserves much greater respect than that.