Return of the Obra Dinn is finally coming to consoles!

The news that Return of Obra Dinn is coming to Nintendo Switch was easily the best part of last week’s Nintendo Direct – and that’s coming from a huge Animal Crossing fan! Lucas Pope’s follow-up to the award-winning Papers, Please, is already available for PC, but the Switch announcement was the first relating to a console launch. 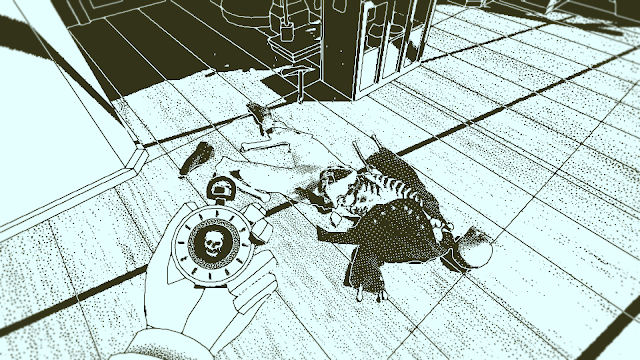 And guess what – that’s not all! Return of Obra Dinn will also be coming to PlayStation 4 and Xbox One.

Return of the Obra Dinn has one of the most unique narratives in games to date. Five years after the merchant ship was lost at sea, it drifts ashore with damaged sails and no crew. The player takes on the roll of an insurance investigator, sent to the scene to decipher what happened to the crew of the ship.

Vampyr lurks on the Switch this October

This catch-up is quickly becoming about almost nothing but Nintendo Switch news, but c’est la via! A big title is set to launch on the little console that could: Dontnod’s Vampyr. You can read our review here, and here’s a new release date trailer to continue whetting that appetite:

That appetite thing was a really bad vampire joke, I apologize. The vampires in Vampyr aren’t your average blood-suckers, as you’re searching for a cure to the deadly disease. You’re a doctor – that’s good! – and a vampire – that’s bad. You swore an oath to save people, but on the other hand, you must feed.

Vampyr will launch on the Nintendo Switch October 29. It’s currently available for PC, PlayStation 4, and Xbox One.

Yes, another title is coming to the Switch

Oh look, our third story today and it’s yet another about a Nintendo Switch port. I can’t imagine what else needs to be ported, yet I bet the news keeps on coming. This time, it’s Call of Cthulhu, a quite inspired game inspired by the very troublesome works of H.P. Lovecraft. You can read our review here.

The game is my favourite take on the Lovecraftian tale to date (including that Frogwares version, The Sinking City, that was released earlier this summer). Edward Pierce is a private detective sent to a strange island to solve the mystery of a missing family. What he finds, however, are secrets, cults, and in the end, maybe just his own madness.

Call of Cthulhu hits the Nintendo Switch on October 8. I highly recommend playing it on the big screen if you can. The game is already available for PC, PlayStation 4, and Xbox One.

The stellar voice cast for Beyond Blue has been announced

Beyond Blue is a spiritual successor to Never Alone, so you know right off that bat that it will be one heck of a tale. An underwater narrative game, Beyond Blue is already set to be an award-winner. Here’s a story trailer:

So how about that cast? The core cast is led by Anna Akana (Awkward, Ant-Man), Hakeem Kae-Kazim (Hotel Rwanda, Black Sails), Mira Furlan (Babylon 5, Lost), and Ally Maki (Big Bang Theory, Marvel’s Cloak and Dagger). I love Ally Maki, y’all have no idea how excited I am to see her name listed.

The game is set in the near-future, in Earth’s oceans. A crew of scientists are testing their Ocean Sense Network, which will potentially, literally, shine a line on the unexplored oceanic depths. Players will use technology to better understand threats to the environment. Simultaneous, the game will feature unseen footage licensed from BBC Studios’ Blue Planet II, expanding upon the narrative told via gameplay.