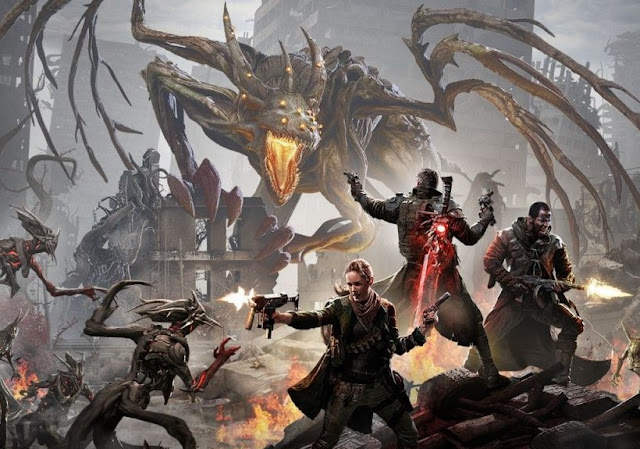 Remnant: From the Ashes is one of those titles that will probably wind up being somewhat of a sleeper hit. Designed by Gunfire Games, the developers behind THQ Nordic’s Darksiders 3, you’ll be taking control of an unnamed person as they traverse the wasteland of Earth in search of a way to save what’s left of humanity.

Telling a story more through your actions than an overload of scripted events, your character will have more than enough work cut out for them thanks to the overwhelming presence of some very deadly enemies. Known as the Root, these extra-dimensional creatures have overrun the Earth and they come in a variety of shapes and sizes for your execution. Taking pistols, rifles, shotguns, swords and hammers in hand, you’ll have to clear one pathway after another to reach crystals that will allow you to teleport between them and your home base – and you’ll need to make frequent use of this loop, as you’ll only ever make it so far before having to return to town in order to upgrade your gear to help you keep pushing forward.

While out and about, what’s interesting is that not all of your “runs” will be the same. Remnant is to a large degree procedural and you can face off against different foes than someone else would which helps the aspect of the story being told through your actions. “I fought a fire-breathing dragon” you exclaim, while someone else fought something that had the face of Cthulhu. Both will pave the way forward to the next region, but you won’t always be facing off against the same major or even secondary bosses in the various regions that you explore. 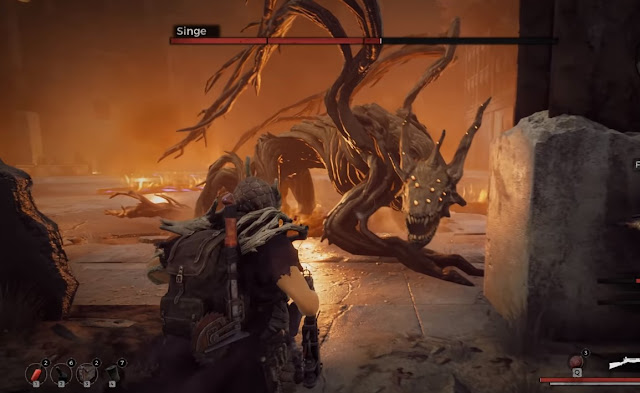 Having this bit of mystery makes things a lot more interesting as it’s hard to prepare for the unknown. Being a post-apocalyptic world and being unsure as to what you’ll actually find once you leave the safety of the haven that you found just helps reinforce the sense of wonder in your exploration.

Now while exploring, even if the realms are procedurally generated, they’ll pretty much look the same from region to region so it’s always a degree of “more of the same”. They may have different street layouts and enemy placements, but visually, one street looks quite like another making it very easy to think that you’ve already been this way even if it’s the first time that you’re treading this path. I would have liked to see a bit more variety within the various themes but in the end they do their job well to help you gain experience for new ability points and new materials for crafting gear.

While technically gaining experience, you don’t really “level up,” as such. Gaining numerous abilities over time and feats of heroism or stupidity, yes, stupidity, you’ll be able to make yourself harder to kill. Getting new armour and weapons help, but being able to reduce ranged or elemental damage can only ever help. Where things can be a bit crazy, is that Remnant allows for up to two others to join you at any time. As such, some of these abilities are based off of group play such as being able to resurrect an ally faster or, in the vein of things that shouldn’t be done, reduce the incoming friendly fire damage that only applies to firearms. You thankfully cannot cut through your allies. 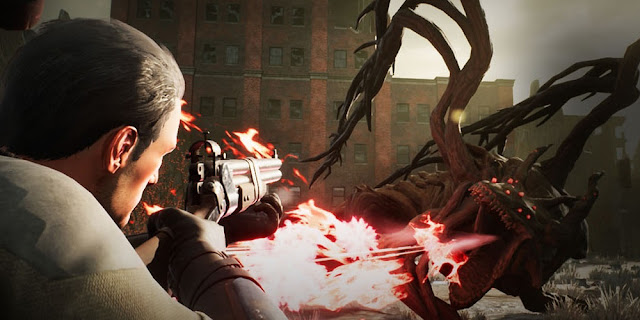 Being able to play with up to two others feels natural very much like the game was designed for a three player trek through the apocalypse. That said, even with two others joining up with you, the story being told is still your own and whether alone or with others, the actions of the story are only ever reinforced as this is “your world” and “your story”. You can zip off to another person’s world and while you gain materials and ability points, but you don’t actually progress through it as it’s their world, not yours. It’s really here in which you can see that the worlds and the bosses are different from one another, so you really do need to engage with the online to see everything this game has to offer.

Mechanically, Remnant could almost be compared to a Soulsborne, but really it’s closer to Gunfire Games’ other project, Darksiders 3… which in a way was its own flavour of Soulsborne, I guess. You’ll probably die a few times and each time you die enemies are all back into their places. Killing them all over again will net you more ability points over time but there’s never the threat of losing it all like in a Soulsborne (or even a roguelike). This takes some of the pressure off, though the “gitgud” approach still ultimately applies as enemies only get harder and boss fights require a bit of strategy and some luck to pull off, no matter how powered up you are.

Where Remnant stands a bit apart from the rest in the style is that while you can run, dodge and slash your way through enemies – close combat is not the focus. Relying instead of a melee weapon as a last resort, Remnant is more of a third person shooter, and I would honestly go as far to say a test case for the eventual and hopefully Darksiders 4 (which should be featuring Strife to round off the four horsemen). If I’m right, you can all call me the Oracle then. 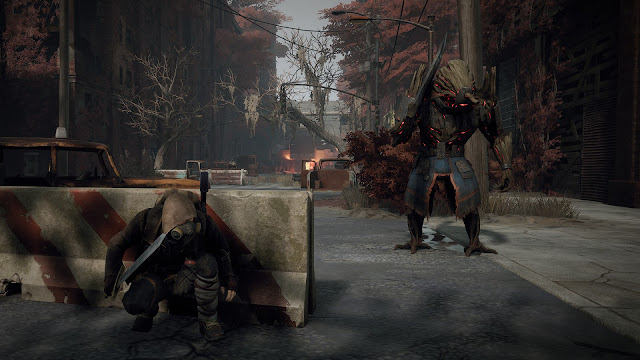 Does it work? It does. Both single player and multiplayer bring different elements to the overall exploration and action oriented storytelling. Is it perfect? Far from as there are plenty of game breaking bugs, from the PSN booting you out because it spotted an update, to other types of crashes and silly bugs where your character phases out and can no longer do anything. Load times a bit too long even on a PS4 Pro so I can only imagine what they are like on a standard model or a slim. Do they get in the way of hours of fun? Thankfully not, as the auto saving of your character and your world’s progress is one of the best that I’ve seen to the point. But it still speaks to a lack of refinement

Whether going about your adventure solo, with friends or with two random strangers, Remnant: From the Ashes is a fairly well built experience. Taking the well known formula of a Soulborne and turning it into a third person shooter works as it provides a different experience from the norm. Assume (or just hope) that the bugs go away, but otherwise, this one is genuinely enjoyable.