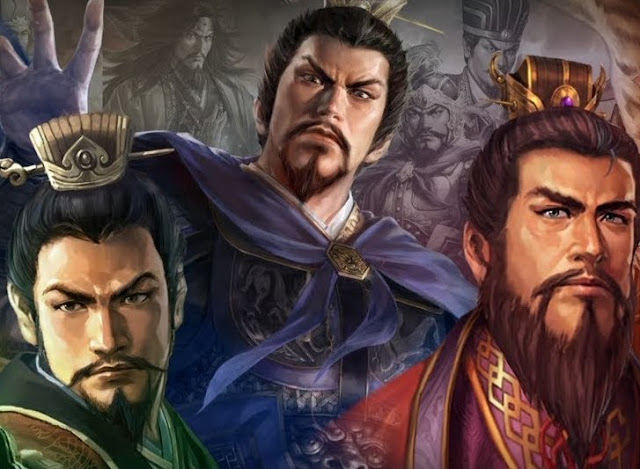 Romance of the Three Kingdoms is one of the most venerable strategy properties out there. The first one was released back in 1985 – 33 years ago, and to give you some perspective and points of comparison – the first Civilization didn’t arrive until 1991, the first Total War was 2000, and Europa Universalis’ first English release wasn’t until 2001.

Related reading: Our review of the most recent Romance of the Three Kingdoms title.

Now, Romance of the Three Kingdoms is gearing up for its biggest test yet. For much of the series history it has been the only strategy property focused on the the classic novel, but now it has competition. Total War: Three Kingdoms was (and is) an excellent release from earlier in the year, and the upcoming Romance of the Three Kingdoms XIV will be the first RoTK to be release post-Total War. The comparisons will be there, so the question is, will it resonate, and are the team at Koei Tecmo in any way concerned with the changing expectations that audiences might have for a game based on Luo Guanzhong seminal historical novel?

“We do consider it as a bit of a rival, and we have a friendly rivalry with Creative Assembly as well,” Echigoya Kazuhiro, Koei Tecmo senior manager and producer of the Romance of the Three Kingdoms series, said. “But we didn’t go into Romance of the Three Kingdoms XIV thinking of how to make ourselves different from Total War. We’re focused on what we need to do to improve on the game and existing systems… I think that’s one of the reasons why this series continues to endure is because there are certain elements that we keep consistent and iterate on.

“With regards to Total War: Three Kingdoms, I think its existence actually helps us in potentially expanding the general awareness of the Three Kingdoms. We’d like to see more games that use the Three Kingdoms as a theme, and through that end up with more people interested in this era of time.”

Over fourteen titles in, the Romance of the Three Kingdoms property has become a game of careful balancing for the team at Koei Tecmo. They need to maintain the series consistency and keep the bolted-on fans on-board with the vision, while also finding new ways to explore the strategy and narrative storytelling of the era. And, hopefully, find some new players along the line. It is a challenging game to play; 33 years ago things were very different on every level, and yet fans who remember those old games still want to see something of them in the new.

“When we review the game’s planning, the design documents, and marketing, the question that always comes up is ‘so, what makes this different from the previous game and those that came before that?’” Echigoya said. “Once we have that answer in place and once everyone’s onboard with the direction that we’ve decided on, then we really dive into the development of it.

“Even though we do change elements from one title to the next, there is also elements that we don’t change. One is the fact that it is a historical simulation game. So, we make sure that we stay with that focus – especially with regards to the depiction of the key officers that show up in the series from the Romance of the Three Kingdoms storyline. We make sure that the characteristics remain consistent throughout the series.”

“We don’t intend on making a purely educational game,” Echigoya said. “But we do think that people can learn about the history of it because within the scenarios of the events, and the way these games also provides a background of why events are happening. We encourage players to not just see that something has happened, but also ask for themselves why that might be the case.”

The background that underpins each title is another area where Romance of the Three Kingdoms continues to modernise, Echigoya added. While the series remains firmly based on the original novel, as new takes on the histories are written, and fictionalisations created around the three kingdoms era, Echigoya and his team add it to an ever-expanding library of material to reference to ensure that the game is the reflective of the best understanding that we have of the history and the narrative beats of the era (remembering that Romance of the Three Kingdoms is itself a ficationalised account of the history, and under constant debate and scrutiny by both historians and creatives alike).

Related reading: Our review of one of the classics of the RoTK series: Wall of Fire (Romance of the Three Kingdoms IV)

“As new material becomes available about this topic, this story, and this era, we always look into it. Whether that’s books, manga, films, or. Anything like that,” Echigoya said. “We always make sure to take a look to see what new things come up in those works and we use that as reference. We don’t have a dedicated historian on the team, but a lot of our team members are deeply researched, and have learned enough about it that they can be considered experts in this area.”

One other advantage that Romance of the Three Kingdoms enjoys is cross-pollination with other Koei titles – specifically Dynasty Warriors. They’re entirely different properties in terms of tone, structure, and gameplay, but if you’ve ever looked at the character designs of the respective series and thought they looked similar, that’s no coincidence. Additionally, the popularity of Dynasty Warriors means that the Romance of the Three Kingdoms team can use that series as a testing ground to develop some of their own ideas from.

“If there are popular characters in Dynasty Warriors, then we look at whether there are elements of their design and stories that we can take back into this game without really ruining the history and simulation focus of it,” Echigoya said.

Romance of the Three Kingdoms and its sister property – the Japanese history-focused Nobunaga’s Ambition – had a hiatus from the west until recently. Now that both properties are back, and Koei seems to be enjoying a renewed wave of popularity for its historical strategy games, my final question from my chat with Echigoya at Tokyo Game Show was whether the team was considering bringing back and of its other historical properties. There was a time where Koei was hugely prolific with historical simulations and was producing titles around the wars of Genghis Khan, the American Revolutionary War, and other periods of Chinese history. As much as I love both three kingdoms and sengoku history, I can’t help but also wish to see Koei tackle a broader range of conflicts again, because these do inspire me to learn more about the source material, and as such they are hugely positive experiences.

“So, these things actually always come up in discussion and consideration,” Echigoya said. “But really, it would come down to the players and, really, if it will sell and the market size. There are a few we’d love to do – a new Taikou Risshiden or a Suikoden (as in the story of Water Margin, rather than the Konami RPG – ed.). Genghis Khan also comes up a lot as well. However, right now Nobunaga’s Ambition and Romance of the Three Kingdoms are our two pillars. So, if we hear more voices, then …”

Be sure to let Koei know if there are any particular periods of history you’d like to see re-created as a strategy game!