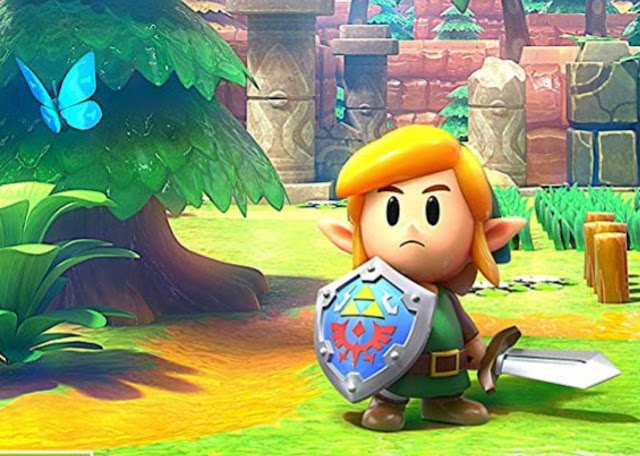 I am so torn with this remake of The Legend of Zelda: Link’s Awakening. On the one hand, it is, functionally, the same experience that defined my favourite Zelda game of all time. On the other… I freaking hate this game. Just as I hate what Disney has done to Aladdin, Dumbo, The Lion King, and God only knows what else is to come in the future.

Before you rant and rave in the comments that I’ve dared to say something negative about a precious Zelda masterpiece, scroll on down to the bottom and see the score I’ve given it. This remake is, on a technical, aesthetic, and creative basis, really well done. All the issues that made the Secret of Mana remake so disappointing have been neatly side-stepped by the development team on this one – it controls nicely, and the shift to 3D and analogue movement has been thought out to the degree that Link’s Awakening very much feels like a game created as a native Switch title. And, of course, it’s gorgeous. The Secret of Mana remake did the whole 3D thing in such a way that it detracted from what made Secret of Mana so special. Initially I was concerned that Link’s Awakening was heading down the same path, based on the trailers and previews, but in action, I warmed almost immediately to the aesthetic. It’s a good looking game that nails that chibi-cute “toys to life” brief that Nintendo seemed to be aiming for.

For anyone who isn’t familiar with the original Link’s Awakening, this was a Game Boy title that was notable in that it actually succeeded in distilling the Zelda formula right down to a console that could barely render anything. The Game Boy Color title that was released later added colour to the action, but across the two of them they were highly portable, simple, and primitive Zelda titles that couldn’t hold a candle to what was happening on the Super Nintendo with the series, but no one cared because it was a pure Zelda experience on the go. The trade offs around limited storytelling, a small world to explore, almost non-existent side distractions and a two-button control scheme were all worth it because, at the end of the day, it was a portable, genuine, Zelda title. 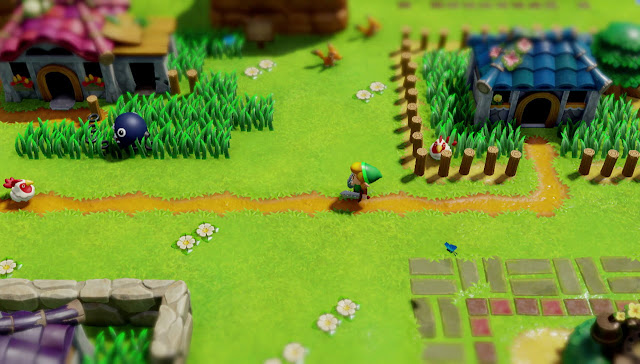 I have a lot of nostalgia for that original and humble Game Boy release. I remember the day I got it – my parents needed my grandparents to look after me for a couple of days for work reasons, and my grandmother – who lived in an era where a bath meant one centimeter of water – bought me this game to give me something to do. I ran the batteries on my Game Boy through multiple times over those couple of days, so utterly enthralled as I was in the unfurling narrative, and I think I gave my grandmother a real shock as to just how much modern boys hobbies could cost as a result. I remember asking for a packet of batteries rather than a candy bar as a post-church “gift” – with my grandparents being very devout Catholics.

The point here is that as far as I’m concerned there is absolutely nothing wrong with the original Link’s Awakening. Is the visual style primitive by today’s standards? Sure. Is it bad? Nope. Are 2D games no longer valuable now that developer tools allow people to make 3D games with no real thought put to them? No, of course not. Artistry is artistry and the original Link’s Awaking holds up, today, against any rational scrutiny thrown against it.

Which is where the Disney reference from earlier comes in. Disney has been mindlessly obsessed with taking classic animation and “modernising” it, which inevitably means either a live-action film or a CG remaster, in which nothing of consequence is done to the original work. The remaster is simply a… replacement. The live-action Aladdin added nothing, other than a few weak (and jarring) new songs, designed to make princess Jasmine a stronger female protagonist (but actually achieving nothing of the sort). Worse, devoid of the comedic genius of Robin Williams, and the rich creativity afforded to actual animators, the live action film felt limited and slavishly indebted to its original. In short, it felt like a film that had no reason to exist. 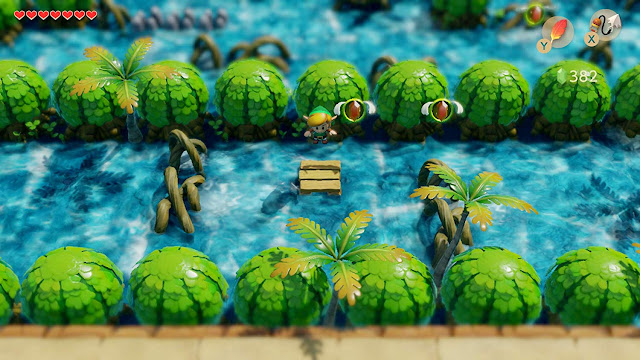 From Beauty and the Beast to The Lion King, Dumbo, and whatever else I haven’t watched, the problem with all of these films is not that they are bad films in and of themselves. In isolation they are perfectly competent Hollywood blockbusters. In context, though, they are the very most embarrassing kind of pastiche; one that is laughably unable to break free of the source material, for fear of upsetting the traditionalists.

The Link’s Awakening remaster unfortunately feels very much in kind to those Disney remakes. In and of itself it is a really delightful game – it’s a step-for-step remake of one of the greatest games of all time after all, and technically, every modernisation effort has been in service of that remake. But, just as Disney’s remakes have had the effect of insidiously suggesting that they’re “replacing” the original, as though the original no longer has value, so too does Link’s Awakening become so slavishly devoted to the original that you have to wonder why Nintendo didn’t simply re-release the original… unless, of course, you then assume that the powers-that-be at Nintendo feel like a game that old no longer has value. There really is nothing to distinguish the remaster from the original; I was able to retrace my path through this remake using the muscle memory that I had acquired from the many, many times I replayed the original Link’s Awakening. Unfortunately, what I couldn’t do is enjoy the breathtaking 2D (and even grayscale) aesthetics.

The reality is that the actual additions to Link’s Awakening are relatively muted. There is the much-trumpeted customisable dungeons feature, and that is fun, but it’s by no means a “Legend of Zelda Maker”. There’s some Amiibo support and adjustments to tangential areas of the gameplay, such as the way thay the crane game minigame works, but again the main quest is a step-for-step rebuild. There does end up being the rare moment where Link’s Awakening breaks away from the Game Boy original, but these are fleeting, and certainly not enough to suggest that this remaster is its own beast. 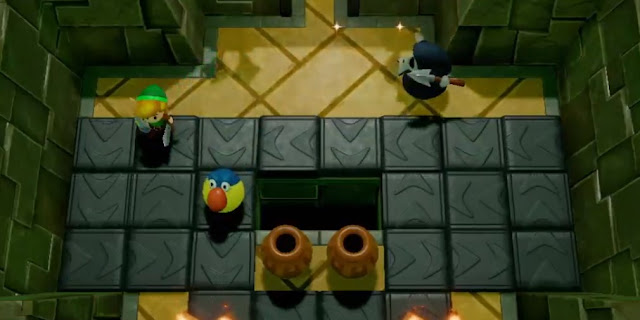 Which brings me back to my initial conundrum. On the one hand, Nintendo has given me the chance to replay my favourite Zelda of all time. A game I would have in my top 10 across all video games, on my personal list of favourites. In doing so little to mess with what made the original so good, Nintendo hasn’t actually harmed what made the original so good either. On the other hand, this is an utterly pointless remake, unless you go in with the false assumption that the aesthetics and design of the original Link’s Awakening needed fixing. Which is assuredly not the cast. Anyone who has never played Link’s Awakening before should absolutely play Link’s Awakening. It’s a damning reflection on the entire industry, in terms of the respect that it shows for the artistry of video games, that a remake, rather than a re-release, was ever even contemplated as the way to give people renewed access to this classic.

TGS 2019 interview: On managing one of the industry’s oldest strategy properties