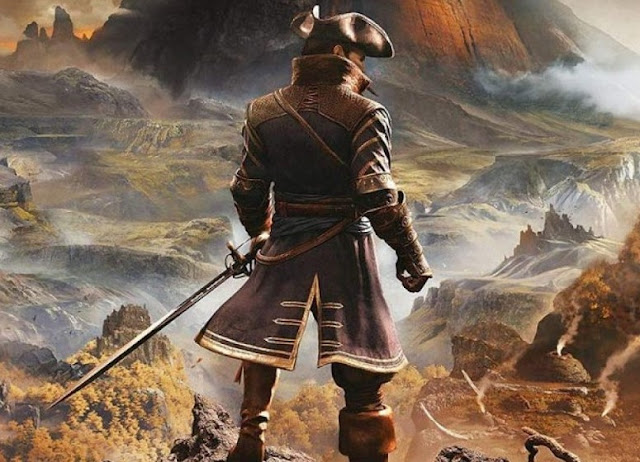 GreedFall comes from developer Spiders, the team behind The Technomancer, Mars: War Logs, Of Orcs and Men and Bound By Flame. Just like each of those, GreedFall also offers a unique perspective to the genre. It may seem like yet another 17th century-based fantasy at first glance, however GreedFall positions itself well within the genre as a solid experience in looking at that era’s diplomacy issues and colonisation problems.

Related reading: Our review of the previous Spiders title, The Technomancer

What makes GreedFall unique stems from the characterisation of the protagonist. The game puts you in control of De Sardet, a noble of the Merchant of Congregation who has recently been promoted to legate. This gives him a heavy diplomatic role within the world and narrative. That focus on diplomacy will often lead to situations either in the main quests, or side quests that are anything but a case of black-and-white, and indeed, this is a topic that Spiders as a team often likes to explore.

This is clear from the get-go, with the tutorial taking place in the protagonist’s secluded hometown of Serene. Serene introduces the player to most of the key factions. Representatives from the Bridge Alliance and Theleme will task De Sardet with missions during this time. It may seem like you are rounding up charlatans and heretics, but there is another side to the story for both missions, which is something you’ll come across time and again as you work through the many missions in GreedFall. For example; the heretics say they are historians that have been persecuted for their findings. How you respond to that will affect how you experience the entire world around it. Indeed, there is a good sense of consequence built throughout the game, based on your decisions. Siding with certain nation factions after taking one one quest might at the time seem like the right decision, but will upset another group that you’re trying to also stay on good terms with. 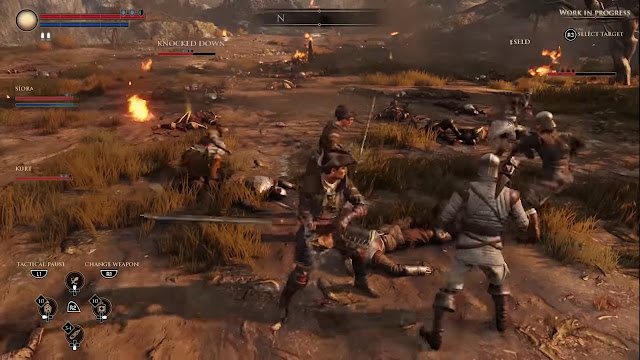 The RPG elements in GreedFall often tie back well with multiple ways to resolve a situation or bypass an obstacle. For example, access to a location may seem like it is dependent on a bloody battle, but circling around or gaining favourable skills could allow you to either talk your way out of it, or find an alternative path based off the accumulated skills such as crafting a sleeping potion, or blowing up loose rocks to find a new passage.

The skill tree system is divided into three different branch, each specialising in different areas for modifying the character. ‘Skills’ are specific more towards battle, such as increased damage. ‘Attributes’ are similar but focus more on the characters mental and physical abilities. Finally, ‘Talents’ provide more specific solutions to problems. For example, stocking up talent points on charisma will allow De Sardet to become one very smooth talker who can talk his way out of almost every situation when needed. This is also how you unlock lockpicking and crafting as well.

Often at times it seems like the character doesn’t level up quick enough with various points rewarded at pre-determined stages (for example level 13 might grant one skill point, but the next level is a talent point). Often, I found myself focusing on the wrong talent, finding myself at a wall where another one I hadn’t unlocked yet would be more beneficial). Though the game does do a good job at balancing other options around the player for progression, and when in doubt sometimes just paying a bribe or purchasing crafted items works a treat. 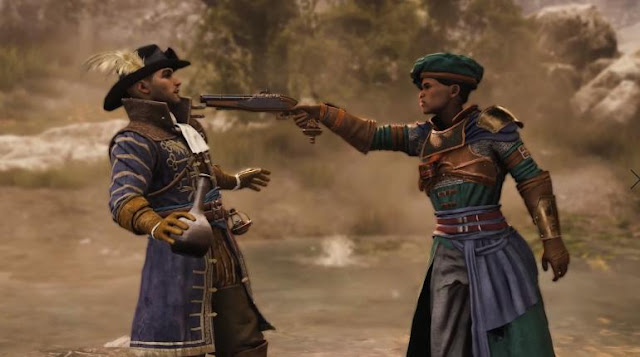 As far as the gameplay is concerned, the core elements feel rushed, and that will come as no surprise to anyone who is familiar with Spiders’ work. One of my biggest nit-picking complaints comes from the map and navigation system. I often found myself opening the menu system and stumbling through it until I found the map to re-orientate where I was heading to. The only on-screen visual queue is a compass which displays the mission’s general direction. You could argue this is a perfect system for reflecting navigation from back in those days, but from a gameplay perspective it is often disorientating.

Thankfully this is somewhat resolved as the game progresses, thanks to campsites that act as fast travel points throughout the game and some missions warping the player to the next objective. There are even caravans which makes visiting existing locations an easy experience.

Combat is also janky when facing off against anything bigger than a human. This is compounded by many of the giant boss monsters being considerably stronger than anything before them, and GreedFall isn’t up to the standards of a Soulsborne to pull that off. Even when playing on the easiest difficulty, I found these creatures to be more trouble than they were worth, and that let down the natural excitement that you’re meant to feel when taking on a behemoth. During combat the character controls as expected, except when it comes to dodging and other defensive maneuvers. Those are clumsy, and yet so important for the tougher battles. 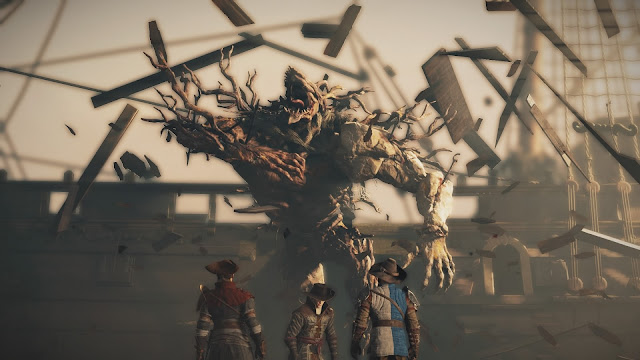 Despite this players will find the narrative of GreedFall to be captivating enough to push on through. The plot is driven by Constantin, who is a new governor on New Serene from royal blood who arrived with De Sardet. His ambitions are to find a cure for the Malichor, a plague which has been ravaging the continent and affecting those close to him. It is this ambition that will pave the plot and the misguided good intentions during missions to achieve this goal.

I feel that more could have been done to explore the colonial theme, as GreedFall tends to rely too heavily on the personal responses of De Sardet to make grander statements, but nonetheless, Spiders has one again crafted a universe that is fresh enough, and offers a compelling narrative. It is only held back a little by the fine tuning that was needed around the combat mechanics, but then that’s par for the course with this developer, and the grander ideas have always make the minor technical issues worthwhile.