Wattam’s launch window is so soon!

I’m always happy when it’s time to explore the world of Wattam, even if it’s just through a video and a few words. It seems as though I’ve been waiting years for Takahashi’s upcoming title, and now a vague launch date is in sight. Enjoy the new trailer!

Developer Funomena and publisher Annapurna Interactive announced through yesterday’s PlayStation State of Play that Wattam will be released for PlayStation 4 (and for PC via Epic Games Store) this December.

Wattam is equally as kooky as Takahashi’s past titles, which includes Katamari Damacy (I bet the theme is in your head with just a mention of the series). Help the Mayor build stacks and chains with colourful characters found in the world, then poop em out — yes, poop — to create joyful explosions.

After five years of development and an iOS launch, developer A Sharp and publisher Kitfox Games have announced that Six Ages: Ride Like the Wind is ready to be released for PC via Steam and GOG. I’ll tall you when that is momentarily, but first (sorry, I love a good “but first”), a new trailer:

The game follows the same clan as in King of Dragon Pass, just at different periods of history. As such, it’s not a literal sequel; it’s more of a spiritual successor. Combining interactive story and turn-based strategy, you’ll guide the clan and help them find their way through a hostile world. It’s set in Glorantha, as described in Greg Stafford’s novel, King of Satar.

Six Ages: Ride Like the Wind is already available for iOS. It will be released for PC on October 17.

A new NIS title is on the way!

Nippon Ichi Software has announced, through Dengeki PlayStation, roguelike RPG void tRrLM(); //Void Terrarium. The game’s director and character designers is Masayuki Furuya, who directed and designed A Rose in the Twilight, a 2017 DDnet GOTY winner in the PS Vita category. As of now there are no trailers or videos available for this new title, although there is a countdown site to keep an eye on. 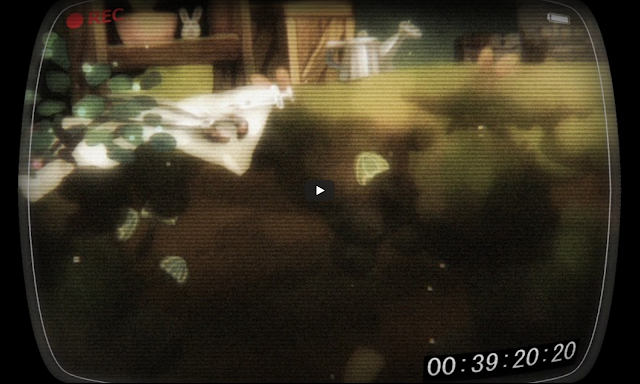 The game tells the story of Toriko, the last girl in a post-civilized world, and a helper robot who finds the girl covered in fungi. Humans cannot survive in this world, so the robot constructs a terrarium where she can live (although not without the robot’s care). The action shifts between the terrarium (home base) and the dungeons of the outside world.

void tRrLM(); //Void Terrarium will be released in Japan for Nintendo Switch and PlayStation 4 on January 23.

Developer SkyBox Labs has announced that Stela, a cinematic platformer about a woman witnessing the end of the world, will be released for Xbox One on October 17 for $19.99 USD. An Apple Arcade launch will occur “in the coming weeks” with a PC version set for an early 2020 launch.

The young woman will have to traverse decaying forests, lifeless villages, mysterious temples, a huge cavern harbouring a beast, and more. She must run from the Shadows (hungry spirits) and other monstrosities.

The original soundtrack has been created by A Shell in the Pit, the studio behind the music of Wandersong. “We’re fortunate to have such an amazing team of artists, designers, and other game industry professionals who have contributed to many of the biggest AAA IPs working on Stela,” said Shyang Kong, Co-Founder of SkyBox Labs. “Stela’s atmospheric soundtrack, gorgeous yet grim visuals, and brain-teasing gameplay will deliver a cinematic platformer experience delightful to fans of the genre like ourselves while inviting newcomers to join us as aficionados.”