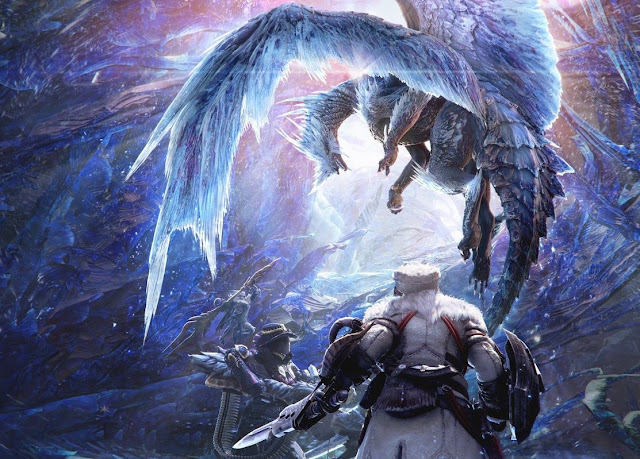 After its initial release, long time fans of the series had but on real complaint about Monster Hunter World: It didn’t have the G-Rank difficulty or any other equivalent to it that other Monster Hunter titles did. Being added in through a truly expansive DLC package, Master Rank missions are now available to test your monster hunting prowess, alongside a brand new story that brings you out to the icy expanses far from the new world island that you’ve been exploring thus far.

Related reading: Our review of the base Monster Hunter World

Essentially Monster Hunter: the Canadian Version, hunters will leave the shores of Astera for the newly named frozen landscape of the Hoarfrost Reach. This new land is full of ice, snow and gorgeous vistas. Especially as the sun sets just above the icy cliffs. Being no pleasure cruise however, and these lands are home to “new” foes if you’ve only just joined up on the Monster Hunter train and modified versions of old favorites that can kill you in one hit if you’re silly enough to assume that your equipment from the base game would be sufficient to protect you. I sure did…

So the big question, is the Iceborne expansion worth it? 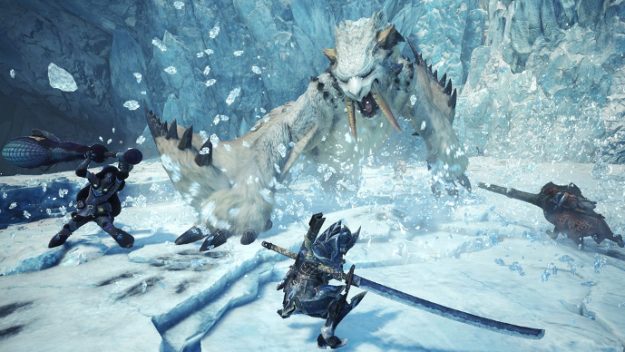 We’ve had additions such as being able to run around as Geralt from the Witcher in his own Monster Hunter quest. “Fan favorites” such as iconic angry green pickle, Deviljho, is back to ruin your day (and boy does he ever). Players have also been able to hunt Final Fantasy Behemoths instead of Nergigantes or Kirins. While neat, some of these were “one-time deals” acting really as a distraction as once you got what you needed out of them, there was no need to dive back through it.

Addressing one of the biggest complaints to longtime fans of the series, the newly added Master Rank quests are there for the challenge that fans thought World was lacking. Newer fans to the series like myself who only started with Monster Hunter 4 on the 3DS, and found this much more accessible to dive into, will find that the challenges scale appropriately and are never “too much” as long as you do a bit of grinding for new gear at various intervals of your journey. Having a few friends along for the ride also never hurts.

So to a newer fan like me, there are a fair few monsters that I already had an idea of what to expect from, as they are effectively re-skins and more powerful versions of things that had been faced before. This is honestly not unlike the standard progression through the base game and the high rank quests that follow it. Others, like the new two legged moose horned Banbaro, had me wondering what the best approach was as it did things that I couldn’t have expected, and that kind of newness is always appreciated in this kind of “boss fight”-focused experience. 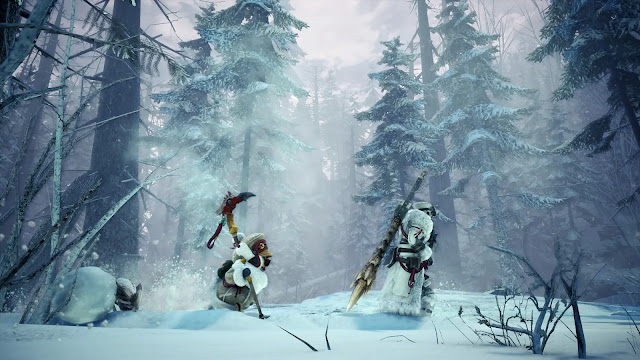 The new story was also welcomed and felt in line with the original. Having had some time in order to sit back and relax after everything you did in Astera, your partner is starting to get a little bit antsy and cabin feverish. Hearing a rumour that a Legiana has been seen in a place that it really shouldn’t, it doesn’t take long for you to head out as the cure for your boredom has arrived.

Following the events that come afterwards, there’s a similarity in the formula in which your partner/navigator constantly sticks her neck out too far and it’s up to you to save her. The dialogue is still well written, the new environments are beautiful to look at, and the monsters for the most part seem to fit the space. Above all else, the gameplay still provides a solid experience that comes with some of its own quality of life enhancements, like being able to hookshot onto a monster instead of trying to mount one by using the environment.

If there’s a downside to Iceborne, it’s that it’s expensive. It’s ultimately worth it, but expansive enough that sometimes it feel like an arbitrary bunch of content thrown in there to inflate the game further. 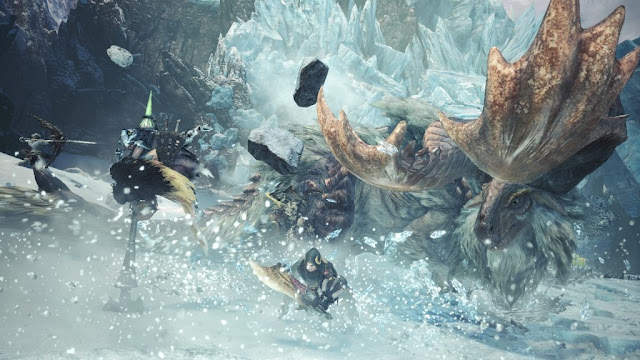 Capcom’s Monster Hunter World: Iceborne expansion is a prime example of what an expansion should be. Containing its own new story, weapons, gear and monsters, it doesn’t forget the previous content and it blends seamlessly with it and by blending with it, it’s entirely possible that going forward there may not be a Monster Hunter 5. Further expansions could simply be added on for a more unified experience in a title that could simply keep on giving instead of having to restart every time. Only time will tell on that one, in the meantime though, keep warm and hunt on!