The spiritual successor to Her Story is almost here

Anyone who knows me knows of my love for FMV games; they are wonderful for me to play as there is no intense button-mashing. There are also some very intriguing ones out there, including Sam Barlow’s Her Story. You can read my review here; I give it 4.5 stars, but looking back it’s a 5-star in my mind.

Anyway, Sam Barlow has been very busy creating Her Story’s spiritual successor, Telling Lies. You can see the E3 trailer and learn more about the title here. The game follows a woman who finds herself with a secret NSA drive, filled with videos of four people. Some are lying, and some aren’t, and it’s up to you to explore the videos and find the truth.

Telling Lies will launch on Steam and the iOS App Store on August 23. It’s available to wishlist/pre-order now.

The Nintendo Indie World video showcase is set for tonight!

Every once in awhile, Nintendo graces us with a reasonably-timed event; this is one of those times! Nintendo has set its Indie World showcase for today at 11 p.m. AEST.

Tune in Monday, Aug. 19 at 6am PT / 9am ET for an all-new, livestreamed #IndieWorld video showcase, featuring roughly 20 minutes of information on indie games coming to #NintendoSwitch! https://t.co/eKgALlxRw0 pic.twitter.com/5XKrzsp049

For those in North America such as myself, it’s also at a reasonable time: 9 a.m. EDT. Those on the west coast will have to rise a bit early though, as that’s 6 a.m. there.

I expect a lot of big, mostly violent games to take over most media during Gamescom, so it’s nice to see Nintendo bringing the focus back to indies.

Back when Sword Art Online: Fatal Buller was released last year, our editor-in-chief Matt S. praised it as being the best game in the franchise. And Bandai Namco is determined to keep players invested, with three separate updates in the game’s future. 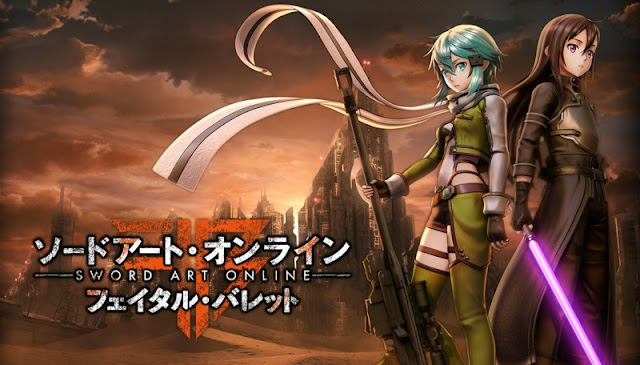 The first update will launch this week, on August 22, for PC, Nintendo Switch, PlayStation 4, and Xbox One. It will add new weapons and costumes, including THE BEST ACCESSORY EVER: a Prince Head from Katamari Damacy.

Another update later this summer will add more high-difficulty co-=op dungeons. The third update, planned for this winter, will add to the game’s story.

After being released only on the Nintendo Switch this January, Goichi Suda’s Travis Strikes Again: No More Heroes is set to launch as a Complete Edition on both PlayStation 4 and PC via Steam on October 17.

Travis Strikes Again: No More Heroes Complete Edition promises improved visuals and support for up to 120 FPS… blah blah, technical content mumbo jumbo, right? The important part is that will include any previously released DLC, so you’ll have more characters and t-shirts available right off the bat versus the original Switch edition.

In the game, Travis wanters into various game worlds, facing a boss at the end of each. It’s set several years after No More Heroes 2: Desperate Struggle. Everything is calm until the father of a past opponent shows up to exact revenge. During battle, the two are sucked into a gaming console.