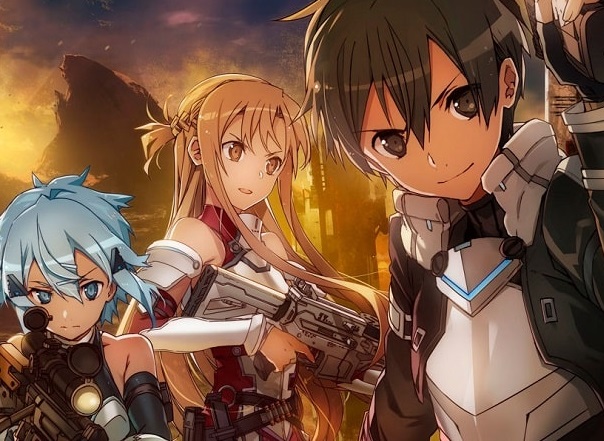 If Destiny and Phantasy Star were to have a baby, we’d be questioning Phantasy Star’s taste in partners… but more particularly, we’d be looking at something like Sword Art Online: Fatal Bullet. Based on the popular anime that is one giant meta-discussion about anime MMO worlds, Fatal Bullet is the shooter for the anime fans, and you know what? It’s surprisingly good. It’s a grind of a game, but it gets so much right it’s hard to put down.

By design, the game looks and feels like an MMO, but for one player. You recruit a band of AI-controlled allies, then venture into areas that have wide, open spaces to explore, before delving into more linear dungeons, with massive boss battles right at the end to cap things off. Along the way you grind out experience levels, collect plenty of loot, and defeat enemies with a mix of normal attacks, and special abilities that you unlock as you play along.

This, of course, has been the structure of the other Sword Art Online games in the past, and it’s not surprising that Bandai Namco wouldn’t want to deviate too far from the norm for this series; not only does it facilitate fundamentally interesting gameplay loops, but it is also very true to the Sword Art Online franchise itself. Where Fatal Bullet is different (though remaining definitively Sword Art Online) is that it’s all about guns, rather than swords-and-sorcery MMO stuff. 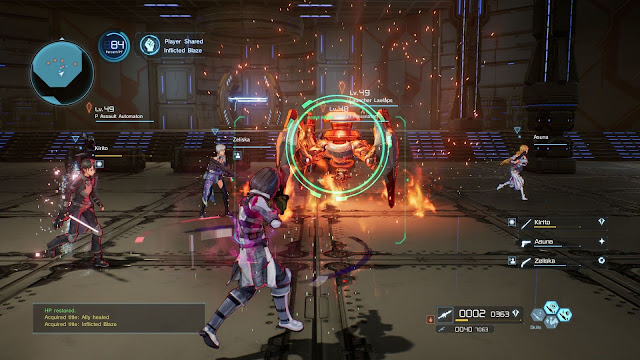 Fatal Bullet takes place within a different part of the Sword Art franchise, and one that seems to be heavily influenced by the increasingly MMO nature of many shooters, including Destiny. With few exceptions, players need to gun down enemies from a distance, and have access to a wide range of different weapons to do so. At the same time they need to juggle a range of special skills, to either debuff enemies or protect/heal/improve allies, and weave in an out of the combat, avoiding enemy attacks by dodging or rolling when a red laser sight targets your character.

The result is a combat system that, when it gets to its most heated, is an explosion of dynamic energy and fast-paced gunplay. Is it as refined as what you get in a game like Destiny? No. Of greatest concern is the feel of the weapons themselves; western developers spend a great deal of time working very hard to make sure that each gun feels authentic within the world of video games. Japanese developers, from the shooters that I’ve played from that country, and less interested in that, and more keen on the movement and aesthetics of the combat, and that’s certainly the case with this game too. But in terms of providing fast action, fast tactics, and that sense of reward when you take down a particularly powerful enemy boss, Fatal Bullet nails it on every level.

The game works very hard to preserve the feeling that it’s a MMO, too. You can participate in PvE and PvP combat, which to people who aren’t MMO veterans means “players vs. environment” – or AI-controlled monsters, and “player vs. player” – which is deathmatches between human-controlled avatars. Then again, in Fatal Bullet everything aside from your avatar is AI controlled and “PvP” is closer to “PvEvP” in which two groups try and do damage to one powerful enemy, and the side that does the most damage wins. The game is very, very meta and self aware about MMOs and the game’s own plot, to the point where characters talk about chasing loot drops and whether they know one another “in the real world.” Just like in the anime. 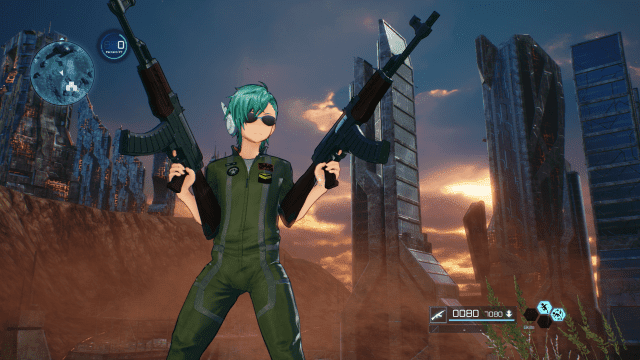 Some of the character voices get annoying in combat through repetition, but otherwise the game does a great job of representing the various characters of Sword Art Online, and its specific approach to storytelling. This anime is very pulpy in tone, isn’t looking to lead a new renaissance in philosophical thought, and it’s quite fanservicey at times (it had its own “break the Internet” moment among anime fans last year when Asuna, the lead female protagonist, had a nipple moment in one scene). The game isn’t that far removed. That being said, while it can feel juvenile at times, the characters are a vivid, vibrant, and ultimately interesting bunch, and building a party of your favourites to take on these missions is fundamentally enjoyable.

Speaking of “building,” the customisation that’s available in this game is incredible. There are so many weapons, statistics, and skills to tweak across your party that, were it more challenging, it would set the JRPG fans that like playing around with statistics wild. Unfortunately, it’s not an overly challenging game. There’s some stuff on the side for people that really want to tweak characters to survive tough encounters, but I worry that too many players will skip on past most of the customisation and not really notice how far it pushes beyond standard JRPGs.

Despite the issues with balance, juvenile moments in the writing, and the occasional bug that suggested the ambition of the game slightly overextended its budget, Sword Art Online: Fatal Bullet is the best video game entry in this particular franchise. The basic gunplay is dynamic and enjoyable, and I prefer my MMOs single player, where other online players can’t drag the experience down for me. The developer, Dimps, is doing a great job to take these games from out of the shadow of the anime they’re based on. Hopefully the team gets the chance to continue working on them.