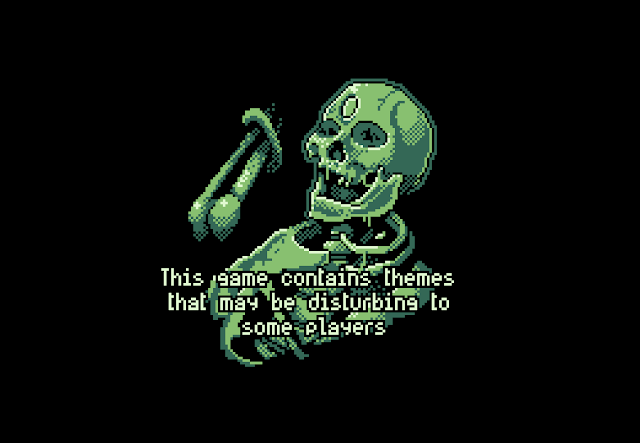 It’s a big week for big narrative game releases. Control just landed, and we’ve got reviews of Astral Chain, Man of Medan, and plenty more besides coming this week too. But despite having all that great stuff to play, what I’ve actually found myself spending a lot of time with is a humble, little $2 game that I found on itch.io. It’s called Deadeus.

Deadeus is a little horror game, developed for the Game Boy, and released just recently – yes, in 2019. A genuine, bona fide new Game Boy game in 2019. I’ve got a little handheld device that lets me load up ROMs for Game Boy games, and so by using that I’ve been able to play Deadeus just as it were a new Game Boy game that I’m playing for the first time.


Deadeus takes place in a creepy little town. You’re a young student, and you’re plagued with nightmares. “the end of the world comes in three days,” one nightmare tells you. Then the deadline is two days away. Then it’s one. And it’s not just you being freaked out by these visions, either. Your friends are all experiencing similarly creepy visions and dreams. Your job is to explore the village and try and figure out just what is going on. If you can, stopping it might be nice too.

It plays out a little like a mini open-world adventure game. There’s no combat, stealth sections, or anything else of the sort. The game itself is a bit of a puzzle to figure out, but otherwise it’s the Game Boy equivalent of a “walking simulator” and atmospheric narrative experience. There’s also no hand-holding, so you’ll need to simply wander around, speaking to people and exploring in order to piece together the full, horrible, jigsaw of what’s going on. Actually working out how to stop the horrific events from playing out is a challenge all into itself, too, as you need to pick up on a side range of little cues along the way.

Deadeus does a truly charming job of being sinister, too. That’s an odd turn of phrase, I know, but wrapping the sinister notes of cult-style horror with the nostalgia for a Pokemon-like world was an inspired approach to design. The Game Boy was one of the most underpowered pieces of electronics ever developed. Developers couldn’t rely on colour, detailed visuals… the machine couldn’t even display more than a few sprites on the screen at one time. These days, the limitations provided by the Game Boy offers a challenge for creative developers to try to work around. It’s like experimenting by deliberately limiting the canvas that you have to work with. 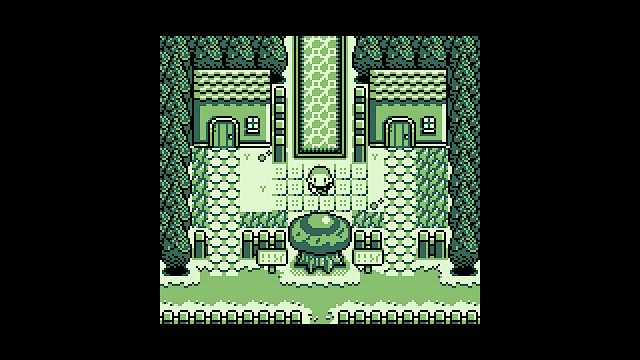 The environment is only a dozen or so little “areas”, broken down much like Link’s Awakening was. The music isn’t any more complex than what you see in Pokemon’s creepy Lavender Town. And yet, it all comes together to be an evocative, chilly little experience, with some spot-on, perfectly paced escalation. By the third day, things have really gone to hell, and some of the endings manage to be truly shocking, both in terms of what you see, and the visualisation of the scene that your mind is drawn to create.

Deadus has many different endings (11 in total, actually), and most of them quite bad. Working out how to end up with a positive ending is challenge – not because there’s any gameplay difficulty, as such, but the order in which you need to do things is surprisingly complex for such a simple-looking game. Each run through is only 30 or so minutes, so it’s not the longest game, but it anything that just provides more incentive to tease out every plot point and character arc.

And the developers are only asking for $2 for the thing anyway, which is hardly a burden. As long as you have a Game Boy emulator (which are both free and easy to find) you’ll be able to play it on any PC. Or you can do what I do and load it up on a device with a Game Boy emulator built into it, for the full “Game Boy console” experience. This is the kind of game that can only work as a project distributed on itch.io, and it reminded me that I really do need to spend more time exploring itch.io. Admittedly, I only discovered Deadeus because I’ve been busy over there setting up my own visual novel for sale and distribution (sneaky and shameless plug right here), but exploring through itch.io has reminded me of the side of video games that I do enjoy – the creativity that is largely unbound, and the willingness to experiment. A lot of ideas on itch.io don’t work, and a lot of the games on there are in unfinished state. But that’s okay, because itch.io is about the art, not the production of the perfect product. 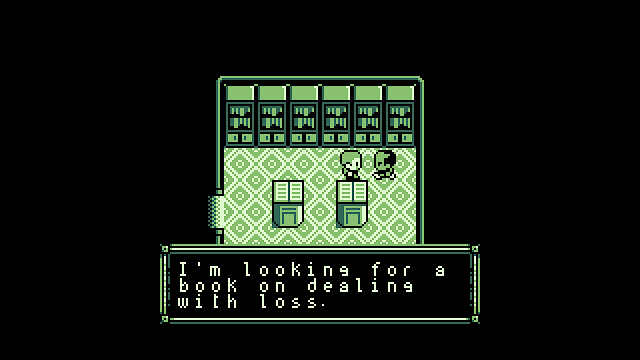 I hope more developers decide to throw little Game Boy passion projects on there. I’ll keep buying them. The Game Boy was my first console, and to the day is powerfully nostalgic to me. It’s nice seeing developers test their creativity by limiting themselves to this extent.