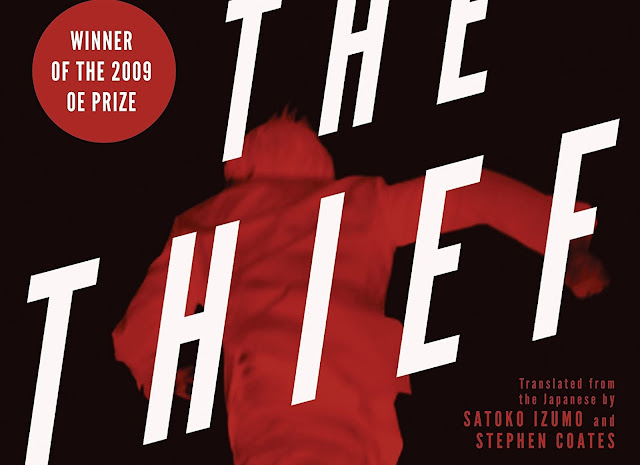 Nakamura Fuminori rocketed to international literary superstardom with The Thief, and with very good reason. This book is a masterpiece. In general terms, it’s a crime thriller, but that’s underselling and simplifying it. Combining the dense reflection on the human condition of something with a healthily dark existential view on the world, Nakamura’s work is not really a genre piece at all, but rather, it’s right up there with the best literary page-turners.

The Thief haunts the streets of Japan, picking pockets with such extreme skill that he no longer needs to fear being caught. He’s also got a strong sense of justice. He deliberately targets a pervert he sees molesting a girl on a train, and then becomes something of a mentor and guardian to a child from a broken home who is seen clumsily trying to steal some basic foodstuffs.

All of this occurs against the backdrop of Tokyo, presented in the most vividly noirish tones. The Thief doesn’t straddle the line between law and criminality like Raymond Chandler’s Philip Marlowe, since he’s an outright criminal, but he epitomises the same tension between the moral and immoral humanity as he plies his craft. “I think that men like that fall into two types,” The Thief muses at one point. “Ordinary people who have perverted tendencies, and people who are swallowed up by their perversion so that the boundary between fantasy and reality becomes blurred and then disappears completely.” Lines like these, set against the backdrop of the lights of one of the most vibrant cities in the world, is vintage noir.

Nakamura’s prose also has the same love of extreme violence of noir. “To be completely accurate, only his teeth are left,” as one particularly violent moment kicks off. “We burned his corpse and ground his bones into white powder. His teeth are probably scattered somewhere in Tokyo Bay. Too much trouble to crush them. It’s not like there’s a body buried some place. He has literally disappeared.” 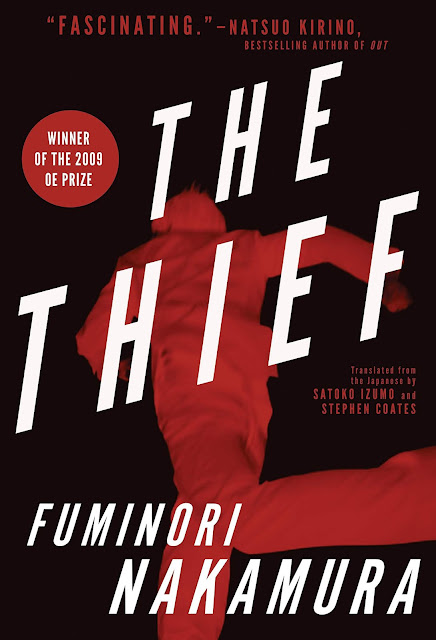 Following from this noir set-up, The Thief finds himself embroiled in a job much bigger than his standard pick pocketing, and then prominent politician is dead. From there the book takes on the most thrilling edge, and you’ll fly through the pages reading it. It’s the kind of book that will end up with a David Fincher-like director adapting it to Hollywood. Like Stieg Larsson’s Girl With The Dragon Tattoo (which Fincher has already “Hollywoodised”), it’s the kind of book that has literary merit, but doesn’t let go of its desire to entertain as well. Thrillers need to be intense and exciting, and this book is certainly that.

The literary value comes from the book’s strong examination of social inequality and the fundamental cruelty of the world on the weak. The Thief takes the time to muse over his role in redistributing wealth from the criminals to the victims: “The cash was what I’d taken from the pervert the day before, but its previous owners were unknown,” he monologues. “I thought about how this banknote had witnessed a moment of each one of those people’s lives. Maybe it had been at the scene of a murder, then passed from the murderer to a shopkeeper somewhere, then to a good person somewhere else.”

At other times, The Thief almost sees himself as a Robin Hood-like figure. “If you steal a hundred thousand from someone who’s worth a billion, it’s almost like you’ve taken nothing,” he muses. Of course, he’s far too self-aware and introspective to be a Robin Hood figure, but we are certainly meant to see the noble streak running through The Thief through these “eat the rich” moments. There’s a fascinating tension that runs through The Thief character, in which a fundamentally individualistic person, one that actively resists the lure of relationships or participation in the world, and one in a “profession” that we would generally see as selfish, and yet his dominant moral position revolutionary spirit that wants the best for the common person. “But obviously if there was no concept of ownership there’d be no concept of stealing, would there?” the book asks at one point. “As long as there’s one starving child in the world, all property is theft.”

Perhaps we’re meant to see The Thief as a sympathetic character in the same vein as Léon from Luc Besson’s Léon: The Professional, but The Thief is far darker than that. Not so much in the sense of what he does, but rather why he does it. The book leaves you in the same state of confusion and discomfort in humanity as a Jean Paul Sartre novel – it’s profound, but challenging.

This seems to be Nakamura’s point: Tokyo is a place filled with people, which The Thief often uses to both ply his trade, and hide when he needs to. But The Thief also metaphorically represents the noble side of humanity. One that’s often lost within the great, and greatly uncaring masses. At a time where society increasingly takes its collective sense of morality and decency from the supremely unfit and unworthy philosophies of Ayn Rand and other libertarians, Nakamura’s The Thief is a reminder of what we are losing, into the faceless masses of unremorseful individuals.