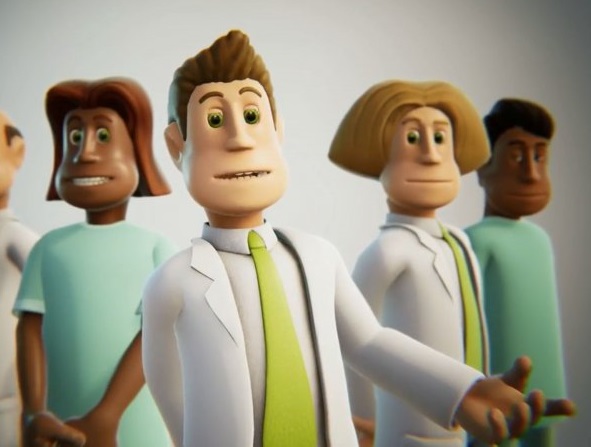 This is what we like to see! More simulators on our consoles, please! Two Point Hospital, the previously PC-only hospital management game, is coming to PlayStation 4, Xbox One and Nintendo Switch.

The release will be both physical and digital, and will land in late 2019. According to the release, the game has had ongoing development since the PC release, and console players can therefore expect a highly refined experience, with fully optimised controls for console.

As per the media release: Since its successful PC release, Two Point Hospital has seen a wide-range of new features added to the game thanks, in part, to a lot of great community feedback. Many of these features, such as Interior Designer, copy-paste room layouts and character customisation will all be included for the console launch later this year. Players will even be able to experience the recently added expansions ‘Bigfoot’, set in a snowy region and ‘Pebberley Island’, where you tackle new challenges in the tropics. Two Point Hospital will be fully rebuilt for console gaming, with controls that brilliantly work for playing on the go or with a controller in hand.

Given that we’re still obsessively playing Project Highrise and Cities Skylines on console, it goes without saying that we’re really looking forward to giving Two Point Hospital a whirl. Especially on Switch. All simulators are better portable.

One of Australia’s finest game developers is winding down