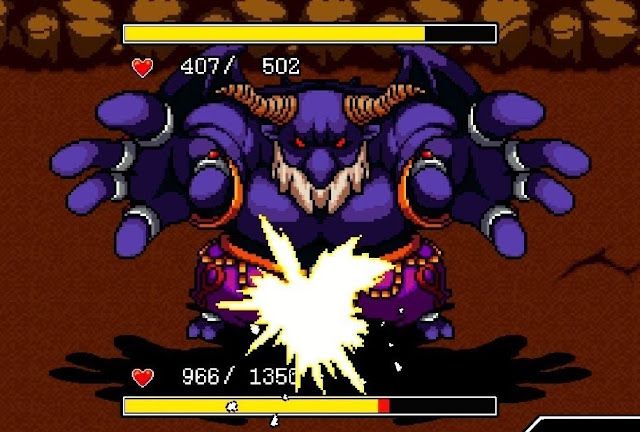 No. No. No. No. Nononononononono. No. Hit-Point is a great developer when working on cute cat and frog casual interaction games (play Neko Atsume if you haven’t before), but purveyors of utter trash when it comes to JRPGs. Kemco, meanwhile, is the publisher of the aforementioned trash. Together, they have already pushed out enough banal, washed-down dross. The idea of the two of them collaborating on a JRPG in which they have actively tried to simplify the genre was almost intriguing in the nightmare that it promised. Archlion Saga is that game, and nightmare it indeed is. It is a strong contender for the worst thing that I’ve ever played.

It would seem that Hit-Point’s idea of a “simplified” JRPG is to take a stock standard example of the genre, shrink it down so it can be completed in a couple of hours, and then get a ten year old to read Lord of the Rings before explaining the thematic structure of that novel in their own words. To put it another way, Hit-Point assumes that if you’re being introduced to the JRPG genre you need to be treated like a simpleton with absolutely no attention span, and the best way to get you interested in the genre is take every cliche you may have heard about JRPGs (and have likely put you off them in the past), and throw them at you in a clumsy and shallow manner.

That is not how you do an introduction to a genre. You don’t go out there and deliberately try and produce something terrible. But that’s exactly what Archlion Saga is. It’s so simplified that it is terrible by its very design. Just look at some of these lines of dialogue: 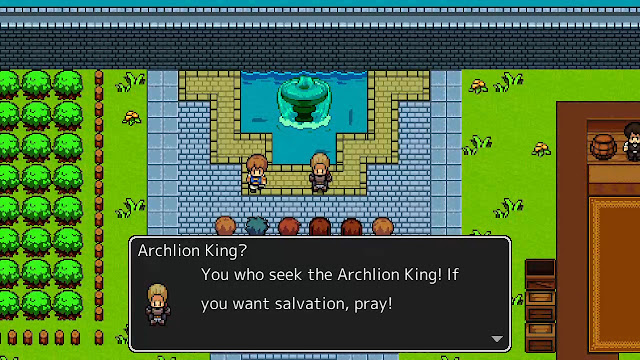 “You’re a Child of the Dun, but you can’t kill the moon!”

“We’ve been waiting for you, saviour of the world.”

“The golem I made is gonna kill me… It’d be funny if it weren’t so serious.”

This stuff is no better in context, since it still reads like a ten year old re-wrote their favourite bits from stock-standard fantasy novels in their own words. I’ve played RPG Maker games, penned by rank amateurs that were clearly high on whatever their Friday night substance is, that have exhibited more interesting and coherent storytelling. Furthermore, I would also like to say that anyone who actually pens “gonna” into a line of dialogue needs a broken nose. Random contractions thrown into dialogue don’t make your characters or stories more relatable, and yet Hit-Point (or their localisation team) does this all the time.

I’m by no means an expert in game publishing. I’ve never been responsible for taking a video game concept to final product. But if I were to set out to make a JRPG accessible to players who aren’t familiar with the genre, I wouldn’t insult their intelligence by turning a cliched mess of an narrative into child speak. I’d take something that’s popular and well known from outside of the JRPG world, and introduce people via the implementation of JRPG mechanics into that thing. I would also try to show players the strengths of the genre, with rich stories and likable characters, rather than show the weaknesses. The principle weakness of the JRPG being that boiled down far enough, this genre really doesn’t offer anything of interest beyond the narrative. Hit-Point fails here, too, because thanks to the narrative being so uninspired, players have no choice but to focus on the terrible gameplay. 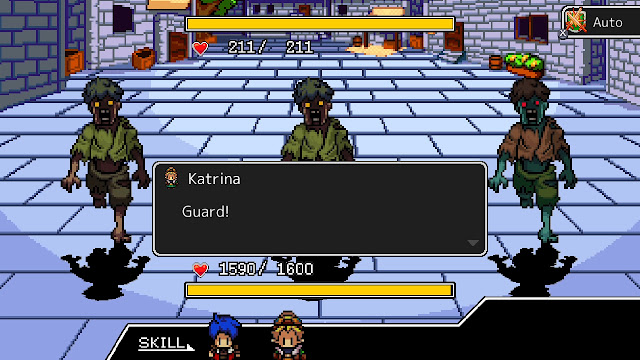 The gameplay is terrible because it is every bit of insulting as the storytelling. The difficulty is set firmly at ‘you have to actively try to lose’, which in itself isn’t so much of a problem, if the combat were any more involved than pressing the “attack” button every round, before firing off the special attacks whenever they’re charged. You don’t even have to target enemies, since all enemies share the same health bar. That’s right, there’s one target, and once its health hits zero, all the enemies on screen are defeated. Archlion Saga’s combat isn’t just simple. It’s downright juvenile.

To make matters even worse, on the main map, you’re meant to press a button and follow a trail that leads you from objective to objective. Not that you’ll need it, since there’s next to no room to explore and if you go in the wrong direction for even a moment something will pop up to tell you which way you’re meant to be going. The point is, however, that you’re meant to follow a predetermined path through this game, and it makes it explicitly obvious that that is what you are meant to do.

What’s most disappointing is that in the right hands this could have been a really neat mechanic. Determinism is a very pervasive theme within JRPGs, and narratives are constantly rolling around with the idea of fate vs. free will. Furthermore, developers struggle with the narrative concept of free will when through the design of their games players are being asked to follow a path. So, just like in that (now-classic) film, Donnie Darko, when one of the characters starts to perceive arrow like “paths” that people around him follow, so too could a JRPG really strike thematic gold by making something of a delve into this theme. Of course I never expected Archlion Saga to even approach something resembling a theme with any kind of intelligence, but nonetheless the arrow-paths that you follow in this game reminded me of what a Yoko Taro or director of similar calibre could do with a similar concept. 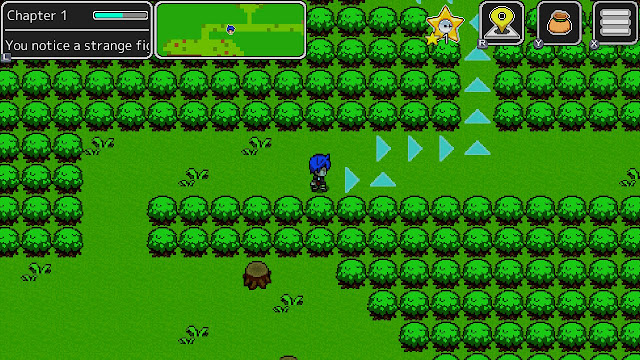 In the end, the started and overt point of Archlion Saga is that it was developed to introduce people who are less familiar with JRPGs to the genre. The developers failed in doing that, since anyone who plays this as their first JRPG won’t touch another one for a very, very long time. No one likes having their intelligence insulted, even if they are completely new to something.

Video: Hands-on with The Surge 2!