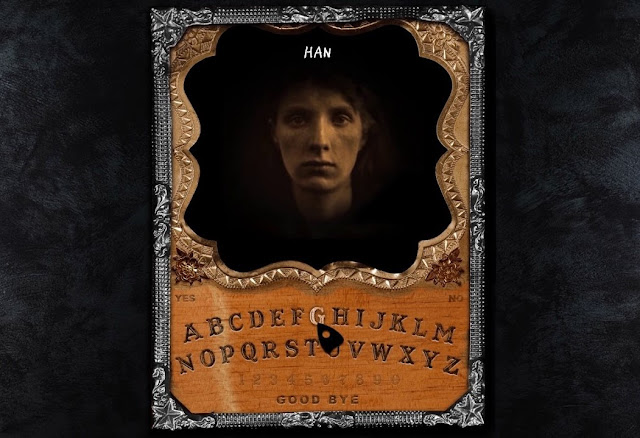 A week ago the American Justice Department decided that it would be reinstating the federal use of capital punishment (the death penalty). While the majority of American states have never stopped using the death penalty, at a federal level that particular legal punishment had been dormant for the last two decades or so. Now, though five people have already had executions scheduled, and that’s why this week’s release of The Black Widow is particularly poignant, because it’s a reminder of precisely why many nations (including, thankfully, Australia) have abolished the death penalty.

In most contexts, The Black Widow would go barely noticed. It’s a tiny, inexpensive historical game made by a one-man Australian studio, available as of August 1 on PC, iOS, and Android, and it’s on a subject that is as close to niche and of local interest only as games get. It’s also one of those titles that you just know the user reviews will hate. There’ll be all kinds of “it’s not a game” nonsense as the only interactivity is in typing words into a stylized Ouija board, and then, based on the responses that you’ll get from an animated ghostly figure, you’ll need to figure out what keywords to type in in order to get access to more little clips to progress the narrative. Given that those clips and soundbites are drawn from historical documents, The Black Widow is something that would be appropriate in a classroom, museum or library as an interactive exhibit and history lesson, and we all know how well games that are educational or informative in tone go down with this particular art form.

And yet it is so very poignant because of what it’s telling, and what that means. The Black Widow tells the story of Louisa Collins, a convicted serial killer who has the distinction of being the last woman to be executed via hanging in the Australian state of New South Wales. She was accused of murdering her husband, and then her lover-turned-second-husband, and doing so via some horrific poisoning.

The problem with this case is that none of the facts actually line up, and her case was built on testimonies and evidence that would be severely doubted in any modern context. Even back then, in 1889, people were clearly not sure if Collins actually killed anyone, since it wasn’t until the fourth trial that Collins was found guilty and sentenced to death. Dozens (literally) of other jurors heard the same evidence that the final group did, and had dismissed her guilt on its lack of credibility and substance.

Collins was a poor woman in the time before suffrage, though, and as such she was always in trouble once the accusations started coming in. She cashed the insurance from her first husband on the day of his death, which looks guilty in the sense of “opportunistic wife offs husband for a big payoff”… until you realise that she had many children, and therefore many mouths to feed and, as a woman back then, no actual income to do so. She fell in love and got married again soon after her first husband’s death, but the way that particular insinuation was directed via testimony always made it sound more like the people of the time held issue with a woman having an appetite for romance and sexual attraction, rather than being able to tie it to a motive for murder. And then she apparently killed the second husband for… well, no one has really been able to figure out the reasons for that one. Because she was a woman, perhaps? 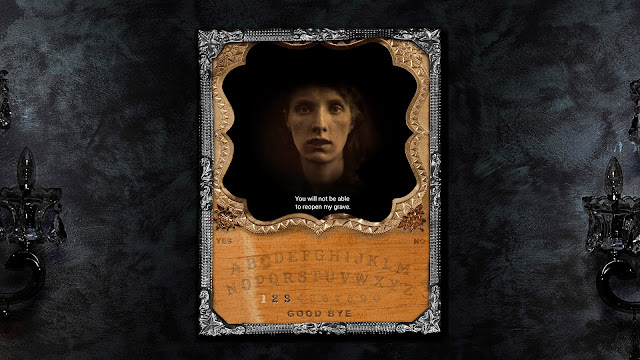 Really, the only hard evidence that was ever brought against Collins is that there was rat poison in her home, made with the same poison that was found in the bodies of the two dead men, but given that the home was in a marshy, festering part of 19th-century Sydney, anyone who didn’t have and make use of rat poison was asking to get very, very sick. Sydney was going through a rat plague at the time and the particular brand of poison that Collins had in her home was a popular one. Nonetheless because the rat poison used arsenic as the base, and both men were found to have died of arsenic poisoning (for what worth medical investigations were back then), that was enough to ultimately condemn Collins in her fourth trial.

All of this is explored through The Black Widow, and it’s important to note that there’s no way at this point in history that we could definitively prove whether Collins is actually innocent or guilty of the crime. She may well have done it. But by the same token there is an abundance of evidence to create reasonable doubt, and therefore a guilty finding, much less the death penalty, seems like a miscarriage of justice is done. It was certainly a controversial case in Australia, and motivated a large number of women to petition for mercy and to give women a fairer representation in society. As historian Caroline Overinton noted, in investigating Collins’ story, her death was a significant motivator within the larger suffrage movement in this country. “There was an enormous move in Australia at that time to give women more rights; women were starting to fight for the vote.”

The Black Widow doesn’t take a position. Indeed, it’s rather cleverly designed to put the entire onus on the player – each text keyword you use works like you’re filtering through archival records, and each little clip is presented as though it were verbatim evidence taken from the investigation and courtroom scenes. It’s up to you to interpret what you listen to and the evidence provided, and arrive at your own conclusions about Collins’ guilt. Unfortunately, unlike an archive the user interface isn’t quite as effective in The Black Widow, as it’s difficult to go back to old clips, re-work the order that you look at them, and apply other techniques that actual researchers would use. Indeed, the obtuse nature in the way that The Black Widow presents its information does start to be a real drag, because you’ll start randomly stabbing at keywords to access new clips, or using a hint system. Any game that requires that you use a hint system is one that’s simply not presenting players with enough information.

I’m also not sold on the atmospherics. The sinister ambient sound effects and horror-themed environmental “framing” for the video clips, and the implications of the Ouija board do too much to imply that this game’s confronting and horrific, and given that the only voice we hear is from the Collins character reciting testimony, the sinister airs do encourage us to think of the worst – i.e. that she’s guilty. I understand the need for atmospherics to spin the story into the kind of yarn that makes for an interesting game, but I do find that it’s a little at odds with the open-minded approach the developer clearly wanted people to take otherwise.

Still, as a cautionary tale about the problem with the death penalty – that it could result in the marginalised and the innocent being murdered – not executed – by the state, The Black Widow accidentally landed at exactly the right time. Once again we as a society apparently need to be reminded that enlightened, intelligent societies step away from the death penalty, not towards it, and we apparently need games like this one to do that.