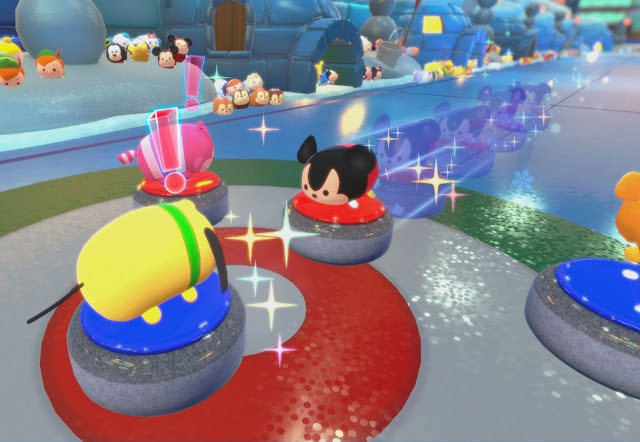 Disney Tsum Tsum is the adorably cute “bean” character version of the various Disney characters. It was a series developed by Disney in Japan, and it’s highly collectible, highly adorable, and one very expensive hobby if you get hooked. The base game – a variation on the match-3 formula – it an entertaining example of the action puzzle genre, and Tsum Tsum Festival has that base game, as well as a bunch of party minigames to enjoy with friends.

The developer and publisher, Bandai Namco, has released a new trailer showing off the various minigames that you’ll be playing in this one, and given it a release date: Disney Tsum Tsum Festival lands, exclusively on Nintendo Switch, on November 8.

I can see this one being a popular choice for Christmas season games, being good for the whole family, as well as short pick up and play sessions. If nothing else, you can be sure the match-3 “main” part of the game will be gold – that thing has always been good fun.

We have a release date for Disgaea 4 Complete+