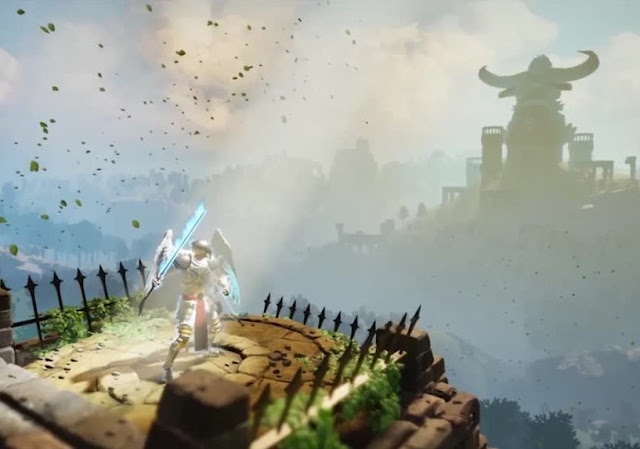 Chile’s ACE Team is undeniably the most prominent and celebrated developer to have emerged from South America. Across the company’s 22-year history, it has produced what can only be considered an eclectic library of games, from the oddball Rock of Ages, to the B-grade homage/satire The Deadly Tower Of Monsters, and then on to the brilliant roguelike/platformer Abyss Odyssey. SolSeraph is the company’s latest, and while it’s not quite the standout title some of the others are, it’s no faint praise to say that it stands strongly with its stablemates nonetheless.

Related reading: Also available on PlayStation 4 is the brilliant Abyss Odyssey. Our review

SolSeraph is, like most of ACE Team’s output, a blend of well-trodden genres. In this instance, it’s a mix of strategy, tower defence, and action-platformer. It’s also apparently a spiritual successor to ActRaiser, but having never played that (I know, I know…), I’ve gone in without the preconceived expectations around its heritage. The game is structured across two distinct phases. First comes the platformer sequence, where you take on the role of Helios from Greek mythology, explore environments on a 2D plane, and kill everything along the way. Once you’ve cleared an area, the game shifts to the second mode of play: a top-down tower defence experience, where you need to construct towers and other defences in order to repel waves of enemies that march towards your base on pre-defined paths.

That in itself would be enough for a lot of developers, however, ACE Team goes further, as there are also elements of city-building RTS built into those tower defence sequences. In order to man the defensive structures, you’ll need to have a population of people. To grow the population of people, you’ll need to have farms, and to build the fortifications, you’ll need to chop down some timber. The resource management side of things is simple by genre standards, but it’s an excellent enhancement to the otherwise standard tower defence action. Space is always at a premium, so working out where to put houses and farms so that they’re not in the way of the defensive buildings is important, and the need to juggle between developing the city and focusing on defence adds an additional element of time management to the action. You’ll be very busy while playing the strategy side of SolSeraph, and for my mind this is the stronger side of the game. 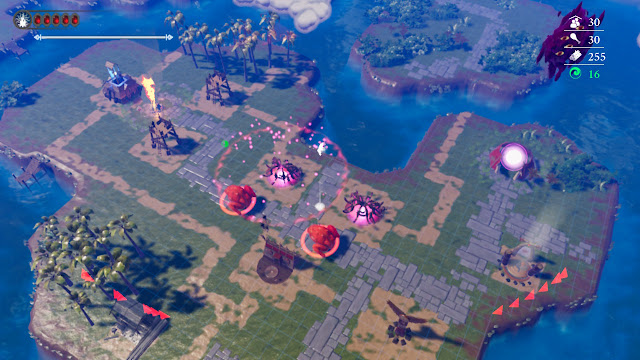 The platforming, meanwhile, works, and that’s about the nicest thing I can say about it. Combat lacks the elegance that I remember from Abyss Odyssey, and any level in SolSeraph that requires precise platforming and jumping skills ends up being more frustrating than it needs to be, thanks to some mildly clunky controls. Furthermore, the placement of enemies and traps is such that SolSeraph has an retro action vibe to it… and I don’t mean that as a compliment, as I cannot stand most retro platformers for those cheap and nasty tricks that they like to throw at the player in the name of “difficulty.”

With that being said, there is some nice variety in how the environments play. For example, there’s a level that takes place on a great grassy plain involves almost no platforming at all, precisely because a plateau is flat and endless. Hordes of enemies popping out of the grass certainly keep things tough though. Other levels feature a greater degree of verticality, and the occasional dip into the ocean helps spice the action up too: Helios still navigates the water like he’s on land for whatever reason, but the enemies float around and come in at different angles to the land-based opponents.

Sadly, the boss battles are largely trite through the platforming. Because the combat system is clunky and clumsy, bosses are by design rather dull. They might be rather challenging to deal with, but there’s nothing there that we haven’t seen done better in plenty of other examples of the genre. Perhaps this is ultimately the biggest issue with SolSeraph’s platforming – where the tower defence stuff feels fresh and interesting thanks to its meld with more traditional RTS elements, the platforming never manages to find a way to differentiate itself. 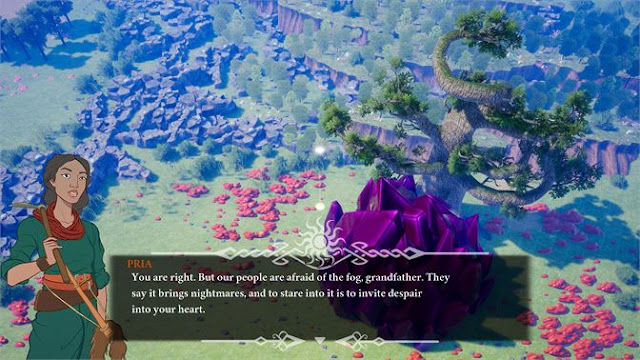 It’s also worth noting that the platforming stuff seems to have been shoved in there at the last minute. The bulk of the story elements occur through the tower defence side of things, and the platforming just seems to be there on its own, as a mandatory thing that you need to do to progress, but almost like a minigame within the context of the more important strategy action. Perhaps the folks at ACE Team were concerned about pushing out a pure tower defence experience in 2019, but whatever the case, the interplay between strategy and platforming isn’t as cohesive as I would have liked.

Related reading: Rock of Ages II is ACE Team at its very best. Here’s our review of the oddball genius of that game

There’s a entertaining story to follow, though, and ultimately that was what kept me glued to SolSeraph. It’s penned by Jonas Kyrazes – whose work you’ll know if you’ve played The Talos Principle or The Sea Will Claim Everything – and the man has a really lovely way with words, such that SolSeraph weaves a compelling, mature story that broaches a wide range of topics, and does so with verve, and plenty of humour. It’s a pity that those story sequences will pop up when you’re otherwise distracted and in the middle of scrambling together defences to handle the next wave of enemies, but that’s a minor complaint.

We’ve seen better from ACE Team. Abyss Odyssey was a gorgeous representation of the developer’s own culture (something we still see too infrequently in video games), while Rock of Ages was as funny as a Monty Python sketch, and Deadly Tower Of Monsters was the spot-on love letter to the dodgy B-cinema that so many of us loved growing up. In that company SolSeraph seems a little too unfocused and uncertain of itself, despite being an entertaining and challenging game in its own right. However ACE Team at its worst is still more distinctive than most other developers at their best. I do think that SolSeraph will find an audience, and I do hope, for those who have played ActRaiser, that this comes across as the spiritual successor they’ve long been waiting for.