The library of NES titles to play grows ever larger on Nintendo Switch, with two more titles announced for release next week. You’ll be able to play Donkey Kong 3 – one of the most beloved games that was released on NES, and Wrecking Crew, an early example of a Mario & Luigi spinoff.


But it’s a feature update that’s the most exciting thing about next month’s release. Nintendo is introducing a rewind feature to all NES games, which allows you to backtrack however far you like with a simple press of the ZL and ZR buttons together. That will make it a little easier to get through the most difficult stages.

This update occurs on July 17. We can’t help but wish SNES titles would hurry up and come to the service (also GBA, Game Boy, and N64), but nonetheless, it’s a decent retro update.

Here’s a new trailer for Date A Live: Rio Reincarnation – what a gorgeous game

Date A Live: Rio Reincarnation is just a couple of weeks away now – it releases on July 23 in North America, and July 26 in Europe. To build major hype for the game, Idea Factory has been working overtime with new trailers and details, and we just had to post this one, as it shows how impressively the game is shaping up.


This new trailer shows off some of the character details, and gameplay systems that are involved. It is a straightforward VN, so don’t expect an RPG, but backed with Tsunako’s brilliant art, the ability to woo a wide range of beautiful girls will no doubt be reason to play over and over again.

Remember too: This package actually has three visual novels in it. It’s going to last you an incredibly long time.

There’s a new Nintendo Switch on the way

Long rumoured, finally confirmed, Nintendo has a new Switch model on the way, the Switch Lite (why can’t the games industry ever spell these things properly?). Due for launch on September 20, for $329.95 Aus, the Switch Lite is a handheld-only device – so no docking this one to play on the TV. 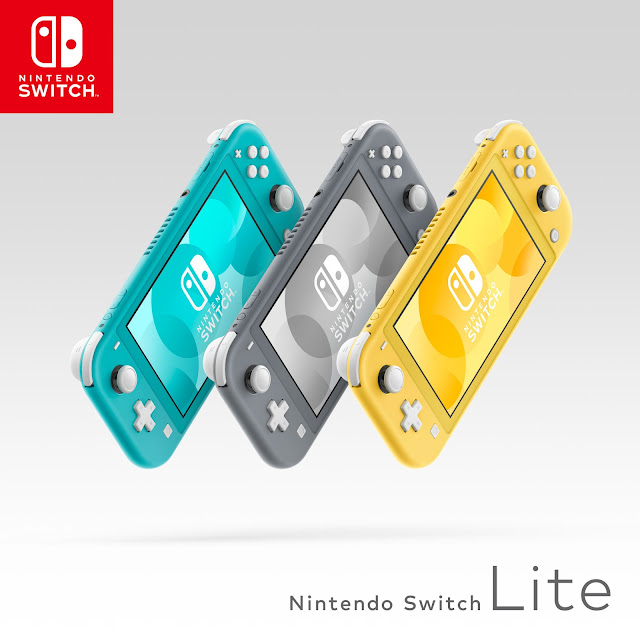 As a lighter, smaller device, the Switch Lite has integrated controls (so hopefully you never need to replace those Joy Cons!). It comes in three funky colours – a slick grey, a golden yellow, and Hatsune Miku turquoise.

As to whether this console will be worth the investment… the inability to swap controllers concerns me, as the Switch’s Joy Cons are incredibly flimsy, and I’m on to my third pair since buying a Switch at launch. On the other hand, the device is gorgeous, and it might make for a better travel companion… especially if it offers better battery life.

After Warner Bros. has proven to be completely ineffective at properly managing the Lord of the Rings license, it’s good to see another developer and publisher give it a crack. Amazon Game Studios has partnered with Leyou Technologies Holdings to announce a free-to-play Lord of the Rings MMO, in development for consoles and PC.

There’s no other details about the game at this stage (not even a release window nor single screenshot), so there’s a long way to go until this one will see the light of day, but there’s so much potential for a Lord of the Rings MMO that it’s hard not to be excited for it. From the press release:

“We’re committed to bringing customers games of the highest quality, both with our own original IP as well as beloved cultural pillars like The Lord of the Rings,” said Christoph Hartmann, VP, Amazon Game Studios. “Tolkien’s Middle-earth is one of the richest fictional worlds in history, and it gives our team of experienced MMO developers–from the same studio developing New World–tremendous opportunity to play and create. We have a strong leadership team in place to helm this new project, and we’re actively growing our team to help build this incredible experience.”