I want to say this upfront: I’m having a great time with this new Fire Emblem that Nintendo’s releasing on Nintendo Switch. I’m looking forward to getting my review out there later on in the month, because there’s a lot to love about it. But there is one element that I wanted to discuss as something emblematic (hah) of a wider issue with the games industry – Fire Emblem Three Houses has some destructive bloat in it, and it achieves that via a mandatory hub that players need to spend time in between missions, is thematically and dramatically empty, and which provides players with far too much downtime to labour through.

I’m talking specifically at what happens in-between battles, when you’re whisked back to an academy that forms the base of operations. There, you can wander around, talk to your people (and others), complete side quests, and participate in little minigames like fishing, singing, and cooking. The problem is that none of this stuff adds anything of substance to the game, and yet, for something so utterly pointless, the developers sure went out of their way to make sure that it drains a lot of their time.

If you look at earlier Fire Emblem titles, they were all structured in a simple, but elegant manner. Each level would be book-ended by reasonably lengthy cut scenes which described the movements of the major characters, and what they were experiencing along the way. It’s through those cut scenes that we would get to know each character, and follow each dramatic moment, and on balance it was a highly effective, efficient storytelling structure. Through those interactions you’d get a good sense of the wide range of different personalities from the large ensemble casts, and certainly every player ended up learning enough about each character to have their favourites. At the same time the developers were able to retain complete control over the pacing of the narrative and experience. This structure also meant that Fire Emblem titles were relatively, mercifully brief. If you were to somehow get through The Blazing Blade on GBA without ever needing to restart a level, for example, you’d be looking at “only” a couple of dozen hours of play. 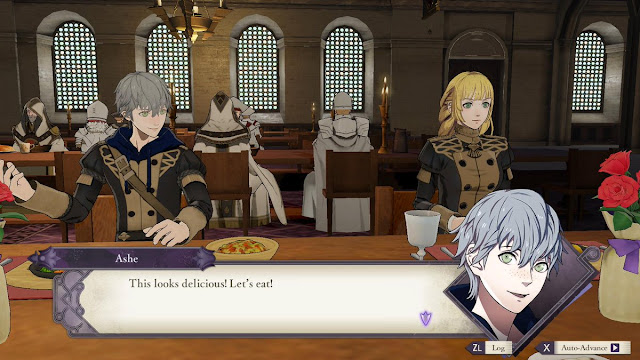 Unfortunately, Three Houses’ Harry Potter moments hurt the game’s cohesiveness. There is so much downtime as you wander around the academy, speaking to every character you can and participating in sub-quests that don’t even try to pretend they’re anything but mundane fetch quests. It’s mandatory to do all this because various game systems are tied into actually spending time in the academy, but nothing interesting happens in terms of the narrative that could not have been done in a far more efficient manner than forcing players to wander across a vast campus each and every time. The other characters stand around waiting for you to come up and speak to them, and aside from the cheap little fishing mini-game, there’s nothing in these castle scenes that could not be accomplished to exactly the same effect through a standard menu system.

I’m not exaggerating the size of the academy, either. Each time I’ve had a “day off” (as the game terms it) to explore the academy I’ve had to spend, at a minimum, an hour just to speak to every character and compete each task. Unlike in other Fire Emblem titles, where each line of dialogue existed for the sole purpose of driving the narrative forward, here the bulk of the academy conversations are filler stuff that tries to sell a sense of academy lifestyle, but feels particularly ineffective in achieving that goal.

Of course, these days every game needs a hub – or what people term “open worlds.” There’s a perception that if there isn’t a place to physically explore in-between the major story moments, and if there isn’t side distractions, then players will feel like they’re missing out on an immersive experience. Conversely, if those elements are there than the game gets celebrated for it, regardless of the actual quality of it. I’m sure there will be some that will celebrate the Harry Potter-like academy as giving Three Houses a sense of setting, but it doesn’t, really. It’s an artificial and barren place that does nothing to enhance the world building, nor does it do anything to endear you to any of the characters. In fact, by having them utter such inane and generic comments so often, if anything the hub area in Three Houses strips the characters of personality. 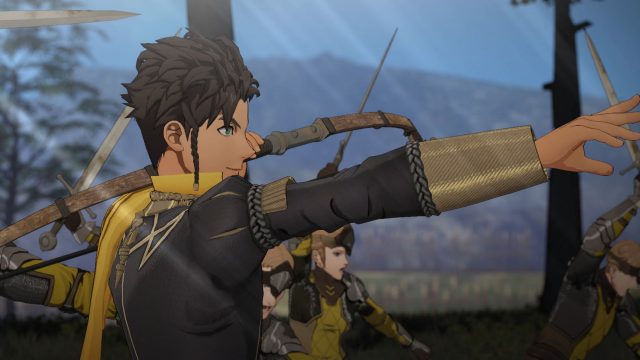 I’m picking on Three Houses here mostly because it’s currently relevant, but in truth, there are very few open world games (or games with Three Houses-like between narrative hubs) that benefit from the open world structure. Pacing is so critically important to narrative, and yet developers throw that away with startling regularity. Any time a game steps away from the storytelling to provide players with empty space to fill on their own initiative is a time where the game compromises its pacing. There’s the rare game where the world itself is part of the storytelling (Yakuza or The Witcher), but in most cases these “in-between” worlds and hubs are simply thrown in there to get the game’s playtime up to a certain minimum number of hours, and as such it’s actively detrimental to the narrative.

Often these games have great narratives in isolation. The Assassin’s Creed series, for example, weaves lovely historical fiction narratives. Spider-Man told a pretty vibrant story when it is focused on its main missions. Fire Emblem’s traditional “bookends” between levels are almost universally a masterclass in fantasy character-driven storytelling… and the whole reason I hold the series in such regard.

So what would developers want to compomise this? In part it’s surely because the expectation for game length is getting to the point where it’s impossible to sustain an actual narrative for as long as consumers expect their games to last. Games are expected to take as long to play as the longest historical novels take to read, and it’s a sad reality that most game writers are not quite ready to pen something of the standard of War and Peace. This push to increase the length of games is coming at the detriment of the quality of stories being told, in the vast majority of cases. 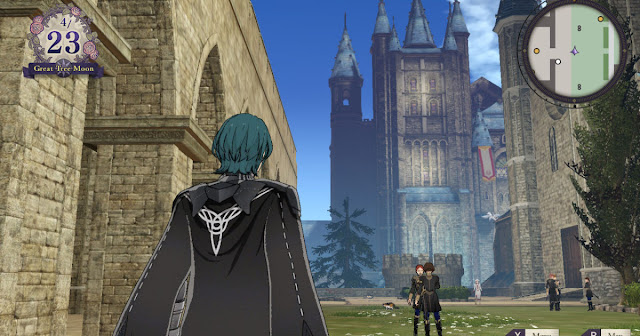 In part it’s also because narrative is simply fading from importance in games. As “games-as-a-service” continue to grow as a commercial opportunity, developers seem to see their role as having shifted from storyteller to that of a far more nebulous world-builder and lore creator. That’s fine. I can ignore these games easily enough. It’s when people try and apply those expectations to games that are still trying to tell a linear story where the problem lies. Fire Emblem Three Houses isn’t the first game to struggle with the push for every game to appear endless and let itself down somewhat by providing players obscene amounts of downtime, but it’s the one that hurts perhaps the most because, as a deep fan of Fire Emblem, this is not the way I wanted to see this series evolve.

That being said, the many positives outweigh the negative by a huge margin, and stay tuned for my in-depth review later on. I just felt the need to bring this up because… well, Fire Emblem is demanding a lot of time from me at the moment, and I’m getting tired of games doing that. Efficiency was always a quality that was drummed into me with every course on the creative arts that I’ve ever taken. It’s well past time game developers got a crash course in it too.

13 Sentinels is finally happening and this game is gorgeous