Don’t get too excited about the Switch update, as it isn’t massive. Just updated battery life. But the awesome new Joy-Con colour make up for it. 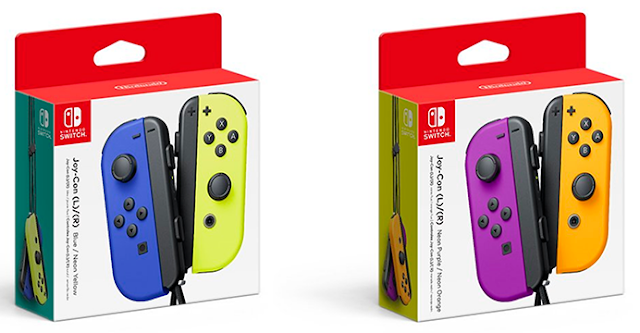 The new Joy-Con colours are blue + neon yellow and, the best colour combination of all time, neon purple + neon orange.

The updated version of the Switch will have a batter life of 4.5-9 hours, compared to the current 2.5-6.5 hours. With Breath of the Wild as a benchmark, the new version runs for 5.5 hours versus three hours.

Booooooo Trails of Cold Steel 3 has been delayed boooooooooooooo

It’s okay, NISA. We’ll forgive you if the game is as good as the previous two. But, yes, NISA has passed on the sad news that there’s a small delay to the release date of The Legend of Heroes: Trails of Cold Steel 3. 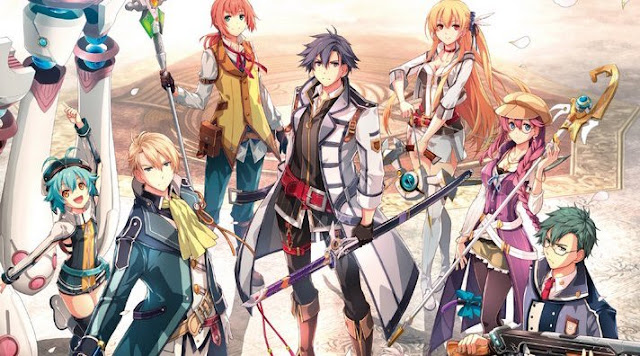 Don’t worry, it’s not too much of a delay. The game now launches on October 22 in North America, and October 29 in the rest of the English-speaking world.

On the plus side, NISA has announced that there will be a demo released ahead of launch, so it’s not like you won’t be playing anything until the new release date! More details on that one to come soon, we’re told.

Four ways the new Root Letter will improve on the original

Publisher PQube and developer Kadokawa have summarised the main differences between Root Letter and Root Letter: Last Answer, which essentially reads as why this new version is better than the original, and a perfect time to jump into the world whether its your first time or you played the original. But first: here’s the announcement trailer, in case you missed it:

The original game was full-on visual novel, following a young man as he tries to find out what happened to his teenaged penpal. Last Answer follows the same story, but now has a Live-Action mode that turns each scene into a live version, complete with real backgrounds. This updated version also includes four additional epilogues, available in both normal and Live-Action modes.

There are some more subtle changes. There are simplified story branches, and the menu is more informative when it comes to completed routes. There are technical improvements, too, including reworked inventory, enhanced response time, and new trophies. Root Letter: Last Answer releases in Europe on August 30 and North America on September 3.

We’re all currently wrapped up in Fire Emblem fever, what with Three Houses just around the corner. However, there’s more good news on the tactics RPG front, because 773-developed Pirates 7 looks very much like an indie Fire Emblem, and has a release date of July 25 in Japan.


Sadly there’s no western release just yet, but you never know. With these games being in such vogue at the moment, it wouldn’t surprise us if one publisher or another picked it up.

And of course the Nintendo Switch is region free, so as long as you can muddle through the Japanese, then you can always download it from the Japanese eShop and enjoy it on launch day.

Fire Emblem: Three Houses lets itself down a bit with too much downtime