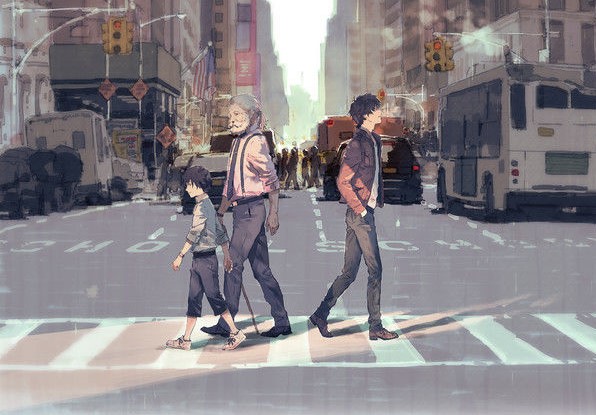 Jake Hunter is pretty popular in Japan, but the series is rarely localised into English. I haven’t played any of the handful that have been translated previously, but if the series is of the standard of Alternate Jake Hunter: Daedalus: The Awakening of Golden Jazz, then there should be a bigger push for the series in the west, because this stuff is golden. Daedalus is a brilliant bit of classic, old school detective fiction.

It all starts when the protagonist, Jinguji Saburo, jumps on a plane to New York. His beloved grandfather, estranged from the rest of the family aside from Jinguji, is dead, and Jinguji is convinced that he was murdered. In New York he meets up with a couple of his old friends, and there’s a lengthy digression as they reminisce about a Stand By Me-like moment that they experienced as children at a summer camp. Not-so-good times fondly(?) remembered, the investigation into the grandfather’s death then starts in earnest.

Rather than be a straightforward murder mystery, however, Jake Hunter is a more intense character study of Jinguji himself. The narrative keeps taking digressions into Jinguji’s past to explore key moments in his life, and intriguingly, it’s not immediately apparent why. You’ll keep thinking that this is meant to be about dear old dead granddad, and wondering why it’s instead being made all about Jinguji instead. Here’s an area where the lack of familiarity with Jake Hunter in the west actually benefits the game, because the mystery is especially true to those of us that haven’t played the other titles in the series and therefore don’t know who Jinguji is (who I assume is the protagonist across the series). In other words, Jinguji himself is an enigma and part of the mystery is in seeing (and interpreting) his growth, juxtaposed against the unluckily common moments of terror and darkness that he has experienced from the youngest of ages. Truly, there aren’t many coming of age stories that are quite this biting – almost like Jinguji’s entire youth was one unending case of Stand By Me. 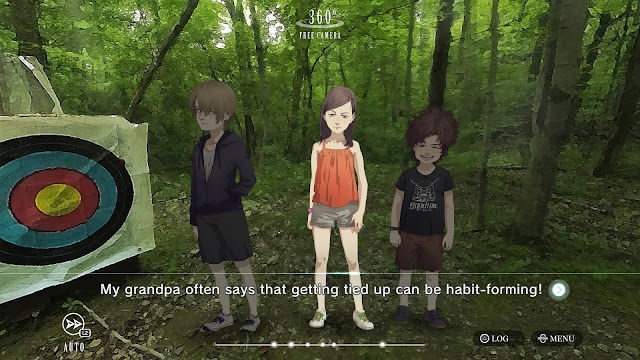 As a work of detective fiction, Daedalus straddles a neat line between Raymond Chandler and Agatha Christie. In terms of how the action plays out, it’s heavily focused on the detective process, as well as the liberal use of red herrings and misdirection that Christie is so famous for. It’s not perfect – you’ll be able to guess the whodunnits a little too early for its own good – but it works as a digital page-turner anyway. Characters are cleanly drawn and have clearly projected motivations, and the process of investigating them, trying to catch them out for their lies, and having an almost preternatural capacity for sniffing out clues and analysing what’s in front you you is all very Christie in scope.

The Chandler side of things comes through the general darkness and seediness that infuses so much of the investigative process. Christie’s stories were all an almost playful depiction of English-ness gone awry. Chandler’s work was more focused on the seedy underbellies and corruption of society. Basically, Chandler is the epitome of all that we associate with the noir genre, from femme fatales to morally compromised “heroes”, as well as a hardboiled cynicism. All of that is present in Jake Hunter, too, albeit in a light touch way so as to avoid becoming too uncomfortable. The truly-true noir tends to leave you a bit deflated with its insights, and that doesn’t tend to make for the kind of game most people want to play. But it’s there in spirit and intent, giving the game a deeper tone than you might expect for a light detective game.

The distinct and rich narrative pairs nicely with Daedalus’ unique aesthetics. Each scene looks like a 360-degree panorama photo that has been run through a Monet filter, and it’s a unique, vibrant aesthetic. It looks both realistic enough to be identifiable as anything from a summer camp environment, to a diner in downtown New York, while also looking abstract enough that the anime character designs that represent all the people in Daedalus don’t seem out of place. Even the perspective distortions that you’d expect from a 360-degree camera photo have been worked into the scene design, with some angles looking more stretched in or out than they would on a standard “flat” photo… in fact I’m not entirely sure the developer didn’t go around taking photos for the scenes before running them through a Monet filter. 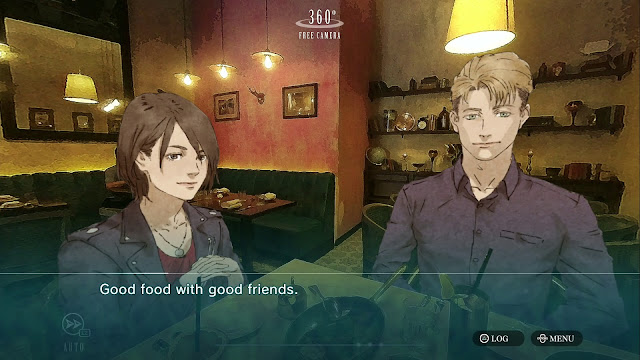 Daedalus plays out like a pretty simple blend of visual novel and adventure game. Jinguji moves around the place, exploring the environments for clues, and interrogating the people he comes across for further clues. Certain things need to be completed in certain orders to push the narrative forward, but thankfully this isn’t the kind of point-and-click adventure where you need to combine specific and arbitrary items together to make progress. The puzzles and thought processes behind the narrative are logical and well-thought out.

A couple of other things help Daedalus. For one, it’s supremely well paced. By that I mean that it’s actually quite slow. Revelations are slowly built towards, and while there are times where it can feel like you’re being lead around by the nose in circles, what this pacing does is allow even the smallest characters to develop their own unique personalities and roles within the game. It feels lengthy, but efficient, and is one of those rare examples that doesn’t feel padded out just to make sure that people are happy with the content that they’re getting.

Daedalus is also substantially more than a straightforward visual novel. In addition to needing to hunt down clues and speak to witnesses, you’ll also need to often respond to questions or demands in one of three ways – ranging from combative or defiant through to submissive. These decisions affect how characters respond to you, and how the narrative plays out, through as far as the investigations go, it is overall very linear. In many ways it feels like Danganronpa, in that it follows the same narrative structures of visual novels, while giving players plenty of interactive moments to give them a greater sense of agency in how it plays out. The only downside to this is that the game isn’t always great at helping you through its “interactive” bits, and there were a few times where I found myself aimlessly wandering around in the hope of accidentally bumping into the one thing I needed to do to push the narrative forwards. I never got truly stuck, though, and I guess that’s the most important thing here. 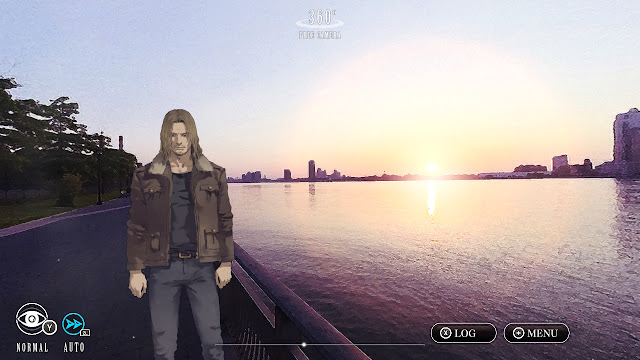 I’d also be remiss if I didn’t mention the soundtrack for this one, because it does a masterful job of complementing both the aesthetics and narrative. As the title of the game suggests, a lot of it is inspired by jazz, and it moves through movements to heighten or lower the tension of the narrative, depending on how close you are to coming to a shocking revelation. It’s a truly inspired soundtrack, and the game simply wouldn’t have the same impact without it.

There aren’t many visual novels that are presented as well as Alternate Jake Hunter Daedalus: The Awakening of Golden Jazz. It’s stylish, slick production that borrows from the classical masters of the crime fiction genre, while adding some genuinely creative approaches to the visual novel that help to make it both feel fresh and hard to put down. Even when I knew what was coming because I am far too familiar with how crime fiction works, I still delighted in the way that Alternate Jake Hunter presented itself.

Nintendo Switch set to get a new Vampire: The Masquerade title that other consoles are not