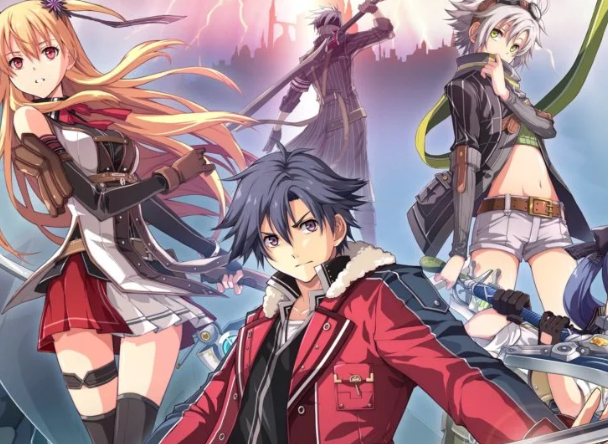 Following along the path of the first chapter of Falcom’s Legend of Heroes: Trails of Cold Steel, the second chapter has also been upgraded to the PlayStation 4 in preparation for the third later this year. Picking up the story just one month from the conclusion of events in that first chapter, our protagonist Rean finds himself up in the mountains not far from his family home and looking for a way back to the classmates that he formed a bond with as the war between the Imperial Faction and the Noble Alliance escalates.

Related reading: For another look at the game, check out our review of Trails of Cold Steel 2 on PlayStation 3 here

One thing that should be noted is that Trails of Cold Steel 2 is not just a sequel, but a direct continuation of the events in the first. If you start the second chapter without having gone through the first I can promise that you’ll be repeatedly lost with a lack of context. While it does a fair job at mini recaps in certain cases, there’s a lot of subtext that will be missing, especially when it comes to the relationships that Rean has with various classmates and personalities that he continues to interact with through this chapter.

So keep in mind that this is a rare example of a series that absolutely should be played in order. The sense of progression is great, though; the first chapter of Trails of Cold Steel did a good job at simulating a school environment but not getting bogged down with having to overly sit through classes or get assignments done. Instead, there was a careful balance struck between days in which Rean & co would learn “on the job” through field assignments, and free days in which Rean has the opportunity to socialise and build bonds with those around him. 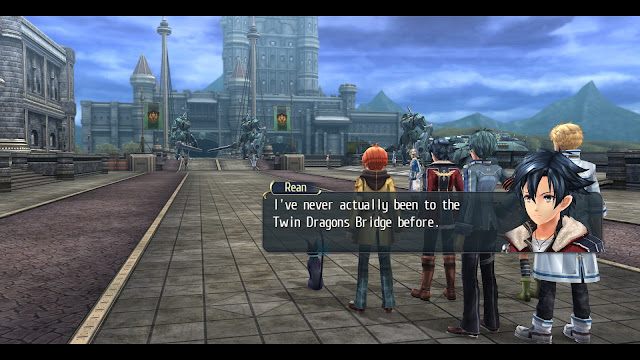 You’ll remember that Rean’s peers – Class VII – was an experiment put together in order to prove that people from various social classes and backgrounds could be brought together in order to unify into a single team. Would they all become best friends? Maybe not, but they could still work together in order to unite for the purpose of fulfilling a single goal. Carrying onto the second, this theme is still just as important even though school’s out. Because of the war, and with each of his classmates spread across the Erobonian continent, one for all and all for one regardless of where they come from is still at the front of it all as Rean leaves his hometown Ymir to bring them all back together.

For all of the outward differences, Trails of Cold Steel 2 follows the formula set out in Trails of Cold Steel to a T while still managing to retain its own individual identity. While the whole of Class VII once sought out answers to who they were as people and what they wanted from the world on an ideological level, now they have to try to figure out how they can relate to the wider world. Idealism can only bring them so far, and you can see the struggle that the team goes through as they adventure together and try to resolve problems while remaining impartial.

Character growth is just as present into the second chapter as it is within the first which is what makes this series as a whole so enjoyable. Like real life, there will always be new lessons to learn and choices to make depending upon a situation. Morality in the world of Trails of Cold Steel is relative, and often trying to find the right answer without knowing what that is in advance is what drives the team forward. 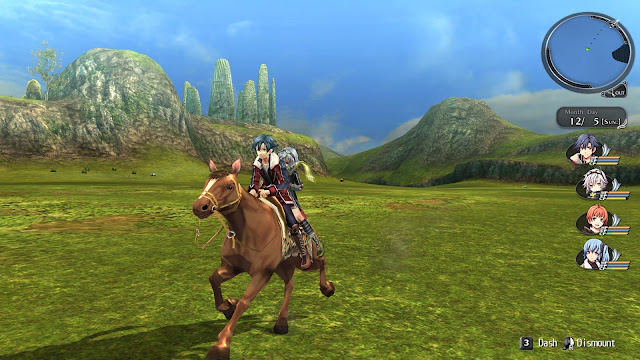 There’s a bit of commentary in there about the way that weaponry in war tends to escalate and the impact that has. The presence of Divine Knights and the newer Soldats that have appeared on the battlefield to replace tanks and airships throws one more element into the overall mix. What does a swordsman, swordswoman, spearmen, shotgunner or fencer do in the face of these new weapons of war? Sure Rean has one powerful unit, the Class as a whole are given the command of a brand new powerful airship, but where does that put the “average” person or soldier that does not have the overbearing power and skills?

Sound the same? It is but the difference is that now it’s not a learning experience, and because it’s not taking those tentative first steps (both the team of heroes, and the game itself), the sense of escalation is that much greater. It’s got a different tone. It takes itself a bit more seriously, but like all of Falcom’s work, there’s still the silly that bleeds through to alleviate the tension which always seems to create an overall balance to the experience.

With The Legend of Heroes: Trails of Cold Steel 2 bringing a close to the civil war and the exploits of Class VII, it won’t be end either. Having brought the two first chapters to the PS4, Trails of Cold Steel 3 will continue Rean’s journey as he becomes an instructor at Thors’ Military Academy and guide the next generation of Class VII. Make sure you’ve completed these two adventures before getting stuck into the third, once it has landed.

Experience Inc has one final Vita game to share