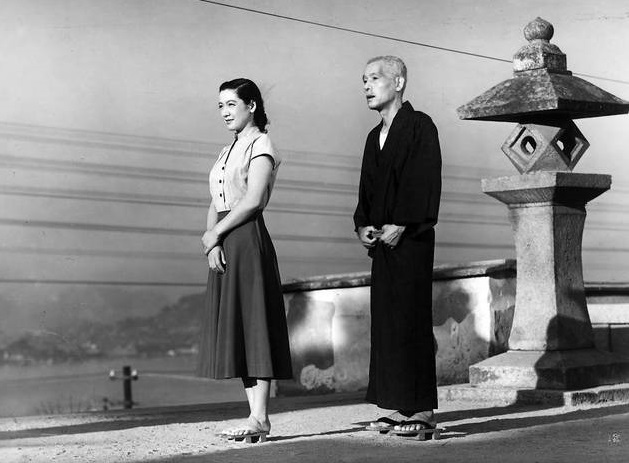 “Without military power”, Japan’s education minister announced in a radio address back in September 1945, “we go forward with culture.” His comment envisioned the country’s peaceful reinvention via education and the arts.

Finding quality accounts of the development of Japan through its modern history is often let down by the great bugbear: World War 2. Japan’s role as the enemy in that conflict has led to a demonisation of the entire nation and its people through then, and many of the years since. That has been necessary to maintain the reductionist (and historically inaccurate) “goodies vs. baddies” nonsense that allows America to be the all-liberating heroes. However, the social, political and cultural dynamics within Japan from 1850 onwards is so much more interesting than “one day Japan decided to attack Pearl Harbor for no good reason, so we beat them and now they do whatever we tell them to.” Christopher Harding’s account of Japan’s modern history is one of the most interesting and nuanced analyses of the real cultural dynamics of modern Japan that I’ve come across.

Opening with the moments immediately after American Matthew Perry forced the Japan to start trading with America under threat of invasion, Japan Story carefully tracks the domestic debates, philosophies, political movements and conflicts that shaped the country in the years after. Japan’s desperation to avoid becoming another Asian colony for the Europeans caused it to rapidly emerge as an aggressive empire itself. But meanwhile, at home, there was a strong and distinct flavour of the global communist movement, which was really being spearheaded by the feminist movement. A few people today are well-read enough to understand that Japan didn’t just “wake up” one morning and decide to flip from its position during World War 1 as part of the allies to become a member of the Axis. Not so many are aware of what was going on within Japan at the time to drive that foreign policy, and this book is largely focused on that layer.

What I found most interesting was the way the book overviewed the role that artists and intellectuals have had in Japan’s search for modern identity. Philosophy and psychology as we know them today didn’t really exist in Japan in the sense we know either, until the nation started to interact with America and Europe. From there, though, Japan rapidly found adherents to both approaches to thought, and many of those adherents found themselves in powerful public positions. Artists, film makers, and writers have always been instrumental in both developing and representing a culture, and Harding’s book goes through their role as leaders in Japan’s society too.

Not just the people, either, but also the subjects of their work. Another side to the book – and one that holds particular interest to me as an art critic – is the way that it explores the way that the art being produced through over the last 170 or so years has reflected the development of Japan. Harding is a cultural historian, rather than an art critic, but he shows solid insight to what art works meant to the culture at that moment in time, and the way that the conflict, distress and confusion of Japan played out through the works of artists. As a result this book is a better resource to those who have an existing familiarity with the key members of Japan’s art scene, and you’ll want to have read the likes of Soseki and watched Tokyo Story. Once again, thought, it’s rare to get a committed effort by western authors to offer social analysis of Japan through its art, so this book offers some quality and accessible insights there.

The overall picture that Harding paints is one that we tend to use as a throwaway line, but rarely stop to dwell on. We all know that Japan is a nation whose culture struggles daily to find that balance between respect for the past with the drive of modernity. What Harding does so impressively in his book is explore exactly where that line comes from; why does Japan still consider its historical culture to be of value, and where does the tension with the modern Japan come from? It’s important to understand, because so much of Japan’s modern history can be understood better through this dynamic. It was in exploiting traditional family values that the government in the 20s through 40s was able to get its nationalist mandate that took it to war. Other forces within traditional Japan were the underlying reason for its economic recovery, though. Again, so much of this is inherently known – or at least felt – by those of us who have spent enough time in Japan, but Harding’s book is a truly impressive effort to fully qualify all these assumptions about the country.

The bulk of the book is focused on writing around the role of key figures – be they politicians, thinkers, artists or agitators. It talks about their personal role within events, and then the impact that the movements that they belonged to or represented had to Japanese culture. As a consequence of this structure there are moments and important figures to Japanese culture that are handled with the most frustrating brevity. Of course, a book could run for tens of thousands of pages and fail to fully encapsulate the complete depth of any culture, and it’s hard to highlight anywhere where Harding went wrong with his choices of focus, but nonetheless if there is a criticism that you could level at the book it’s that it do leaves you wanting more.

The over-arching point here is that, outside of Asia, Japan remains a largely misunderstood and unknown country and culture. Much of what people know about the country has been written in by western nations that have a vested interest in people “knowing” certain imperfect “truths” about the country. For anyone with a genuine interest in Japanese history and culture beyond the anime, video games, sushi, mountains and shrines, Harding offers real and meaningful insights to correct much of the propaganda that has been produced about the country and its people.

There’s also a lot we can learn from this book about our own culture here in the west, if we’re willing to pay attention.

“Meanwhile,” Harding writes of waves protests that caused major civil unrest a decade or so after the war, “to the dismay of anti-Anpo activists, Socialist and Communist Diet [parliament] members had joined the newspapers in piously and simplistically condemning the violence on all sides.”

Interestingly, those people were protesting a corrupt politician who had a lot of money, and the capacity to whip the far right into alignment behind his self-serving “vision” for the country. History does have a habit of repeating itself, after all.

(Header image is a still from the film, Tokyo Story)