Related reading: My review of Final Fantasy XII: The Zodiac Age on PlayStation 4

Final Fantasy XII is, by a considerable margin, my favourite game in the series, and my love of it only grows stronger each year. The aesthetic designs, the music, and the characters all make for a very different kind of Final Fantasy to what we had seen before, but it all comes together so perfectly well. With a deep, nuanced narrative and an interesting, original combat system, this is one game that I’ve been able to return to over and over again, and never get bored of it.

Square Enix has been kind enough to share a pre-written FAQ with us. Compiled by the producer (Kato Hiroaki) and director (Katano Takashi), this is a short guide to highlight the key features and what to expect from the imminent release of the Switch (and Xbox One) versions of Final Fantasy XII, and to help introduce newer players to what to expect from the game (and why they might want to consider the Switch or Xbox One versions as well). 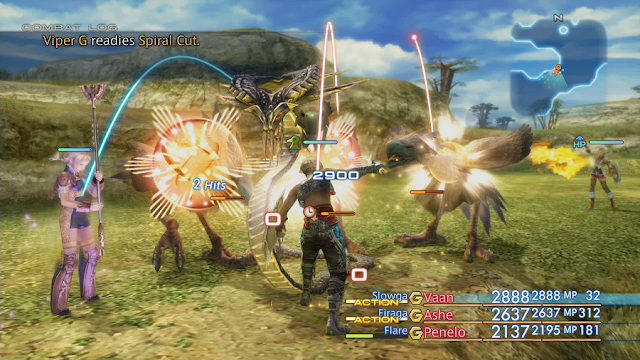 1. Why bring Final Fantasy XII The Zodiac Age to the Nintendo Switch and Xbox One?

Final Fantasy XII The Zodiac Age was very well received when it was released for the PlayStation 4 and Steam. As a result of this, many fans told us that they’d like the chance to play this game on Nintendo Switch and Xbox One too, so we developed this game in response to that feedback.

2. What changes (if any) have been made to the Switch and Xbox One versions of the game?

This version includes all of the enhancements and additions made previously as well as the following three, new, expanded features, allowing players to adventure with ease on Switch and Xbox One;

• Gambit set expansion – Gambits are the tactical commands and strategies you can instruct your party members to follow during battle. New for this version, players can create three unique sets of gambits to change between. For example, the set-ups could be a gambit set focused on balancing between attacking and defending and a gambit set specialising in magic, and switching between them as needed, which will help battles to go more smoothly.

• New Game+ mode enhanced – Upon clearing the game, the “New Game+” feature allows you to restart while carrying over some items you have acquired (weapons, magic, gil, etc.), meaning that you can proceed through the game with ease. In this mode, players can enjoy even more of the adventure by exploring the areas you missed the first time around, or trying their hand at defeating summons or marks that you were unable to before.

3. What challenges are there in bringing a game of this scale to the Switch?

The Nintendo Switch is a console that can be played in a variety of different ways. In order to make the best possible use of this, we spent a lot of time fine tuning usage with the Nintendo Switch Pro controller – as well as many others – to make sure that both handheld and TV mode were easy to play.

4. Are there any ways in which the game is improved on Switch and Xbox One?

With the Nintendo Switch’s portable and TV modes, you can enjoy exploring the world of Final Fantasy XII The Zodiac Age anytime, anywhere, which is new for this release. On Xbox One X, players can enjoy up to 60 FPS to provide an even smoother experience gameplay. 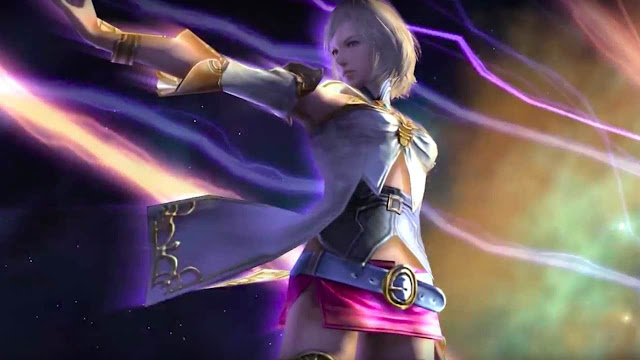 5. Why should someone who has never played Final Fantasy XII pick the game up on Switch or Xbox One?

For someone who has yet to experience Final Fantasy XII before, there are three main reasons for people to jump in this time. First is the detail that has gone in to the world. Ivalice, the setting of the game, is a unique place made up of interwoven races and cultures. Speak with its residents, explore, and take on the abundant side quests in order to experience the details to their fullest and get to know the heart of Final Fantasy XII.

Second is the tactical, very original gambit system. The behaviour of party members in battle is determined by gambits set by the player, meaning that they act automatically without any additional input required. Even the characters’ distance from the enemy is determined by these gambits, and they will draw nearer or pull away as needed. With the inclusion of this feature, an extra element of complexity has been added to the ATB (active time battle) system for which the Final Fantasy series is known. We call this new iteration the ADB (active dimension battle) system. We hope you enjoy being in control of time and space with Final Fantasy XII’s real-time battles.

Third is the refined playing experience. This version includes numerous features improving upon gameplay, including a high-speed mode that increases the speed of movement around the map and ups the battle pace, an auto-save feature, and shorter loading times. These all make for a more pleasant adventure.

6. Will we see another reworking of the soundtrack for the Switch and Xbox One version?

As in the PlayStation 4 version and Steam versions, Final Fantasy XII The Zodiac Age includes three versions of the soundtrack: ‘Original’, ‘Re-orchestrated’ and ‘OST’. You can choose between which soundtrack you listen to as you play.

7. There are a lot of deep systems in this game, how well do these translate to a portable console?

They translate perfectly! Varied and expansive fields, hunts and battles with massive hidden bosses, mini-games… the list is endless!

8. Do you think the more serious tone of Final Fantasy XII resonates more with fans now than it did at the time of its original release?

Final Fantasy XII has taken the theme of ‘what is freedom?’ and put it in the midst of a war. The story is borne out by a variety of characters with their own thoughts and feelings. At first glance, this may seem quite heavy, but it is a universal theme than can be appreciated by everyone, and is a story that will resonate with users in any era. For those who have played the game previously, replaying Final Fantasy XII The Zodiac Age will give them a chance to discover story developments and elements of the characters’ psychology that they missed before, allowing for a better appreciation of the depth of the story. 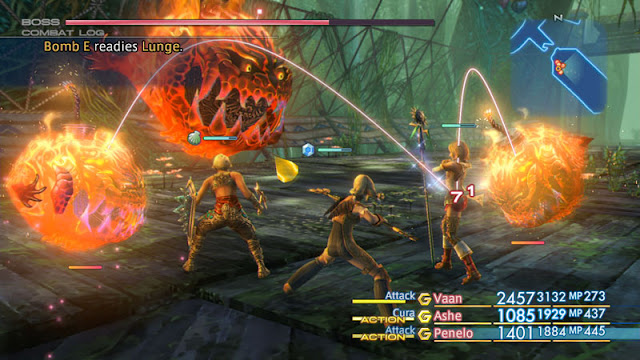 9. We’ve seen the Viera race come into Final Fantasy XIV, what else can fans of Ivalice look forward to in the future?

We’ll wait and see the reactions to the Nintendo Switch and Xbox One versions, and if you really want more, hopefully we can add something.