This is a repeat from our NISA news story, but darned if it isn’t important enough to get the news out again. Originally released in Japan about a year ago, the Utawarerumono remake is coming West courtesy of NIS America. Here’s a trailer:

This is the first time the strategy RPG is being released outside of Japan. It follows a man with no memories who wakes up in a strange world and is saved by a tribe of villagers who he later needs to save from neighbouring nations.

Available as a premium title (1,800 yen, or about $23 AUS), Mystery Dungeon: Shiren the Wanderer has launched for iOS in Japan. An Android version is coming soon. 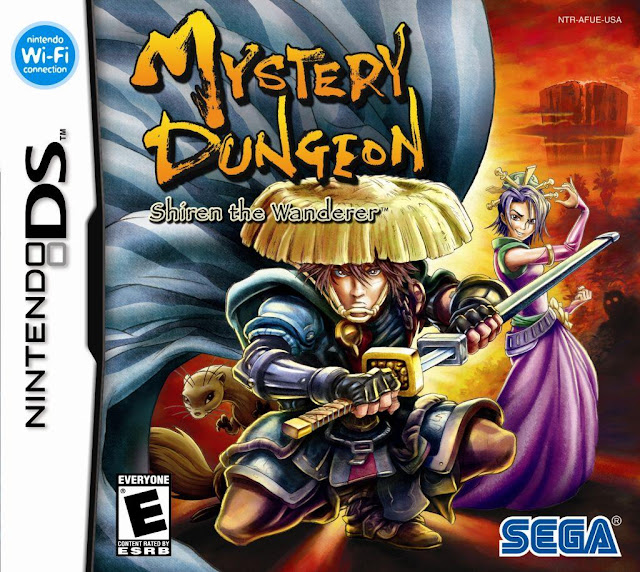 Originally released for the SNES in 1995, Mystery Dungeon: Shiren the Wanderer was remade for the DS in 2006; this is the version available for smartphones. When compared to the original, it has more dungeons, more monsters, and more items.

The question remains: will the title come West?

The Messenger coming to PS4 next week

The platformer is a time-traveling adventure. A young ninja has to venture through a cursed world to deliver a scroll. His clan’s life is literally in his hands.

The developer is currently working on a free expansion, titled Picnic Panic. It’s due out for all platforms (Switch, PC, PS4) this (Northern) summer.

Farm, marry, and kill in Atomicrops

Yep, you read that right: Atomicrops is a game about farming, marrying, and killing mutants. It’s developed by Raw Fury and coming to consoles and PC later this year.

In a post-apocalyptic wasteland, you are the proud owner of the last farm around. You were lucky enough to inherit it moments before the area was decimated by a nuclear blast. Not only are you the only food source for the living, the mutants want to taste your goods so badly they destroy them at night.

Described as an action rogue light farming simulator (say that five times fast!), Atomicrops arm you with a hoe, watering pail, and automatic weapon. You want to make as much money as possible by selling your super-duper-GMO crops. You can upgrade your abilities, your gun, your farming power, and farmhouse. Oh, and you can automate farming tasks using pigs, chickens, and cows. How charmingly deadly!