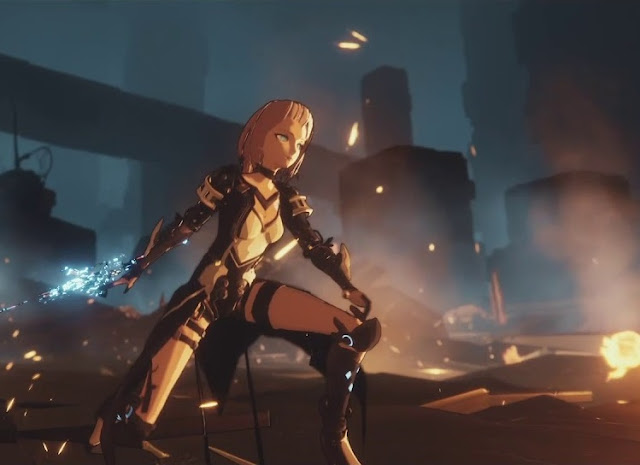 Sony was at its best when it was struggling with the PlayStation 3 and PlayStation Vita. When the company wasn’t so flushed with cash, it invested in games that were genuinely creative and interesting. Games like Rain, and Puppeteer, and The Last Swan. With the runaway success of the PlayStation 4, that spirit of artsy creativity has abated a bit so the company can push out blockbuster after blockbuster (rare exceptions like the brilliant Bound and Tetris Effect aside).

Or so it would seem. What Sony actually seems to be doing is finding ways to indirectly support the indie space, or create regional partnerships. For example, the recent Unties label is a Sony brand for indie games, and is being pushed out across all consoles. And now, at a regional event in Beijing, PlayStation China has announced a new project, titled “China Hero Project,” through which the company is going to take seven games, developed in China, and bring them overseas.

Those games range from horror to survival, RPG to Metroidvania. The one thing that unites them is that they all look really (really) impressive. Thanks to Press Start for covering this announcement – you can see one trailer below, but if you want to see the trailers for each game, I recommend you click on over to the story.


This is a smart move by Sony. China is, easily and effortlessly, the most exciting emerging market, both for game consumption (i.e. there are over a billion people in that market and they sure love games), and for development. As China has steadily opened its doors to start participating in the global games market, there is huge potential for studios to form, and for overseas companies to form partnerships with those studios. The days where China would be a country for asset development outsourcing are rapidly disappearing. Instead, every year at TGS, the presence of Chinese companies, and the interest among the Japanese for engaging with the Chinese companies, is growing.

Together, China and Japan, which share many aesthetic and cultural similarities (putting aside the deep political divide for a moment), are potentially very lucrative partners for one another. The Japanese games industry, faced with a declining local market, and a disinterested western market, as far as the mainstream is concerned, could potentially look to China to find a new audience. The Chinese market, meanwhile, can leverage off the global commercial expertise and long heritage in game design of the Japanese industry. It’s no wonder that the likes of Sony and Nintendo are showing increased interest in mainland Asia, and particularly China.

You can expect to see a lot more from publishers such as Sony, Nintendo, Square Enix, Bandai Namco, Capcom, Konami and Koei Tecmo as they go looking for studios in China to either partner with or acquire. As we can see from these seven “China Hero Project” titles alone, China is an absolute fountain of artistic ideas and creativity.