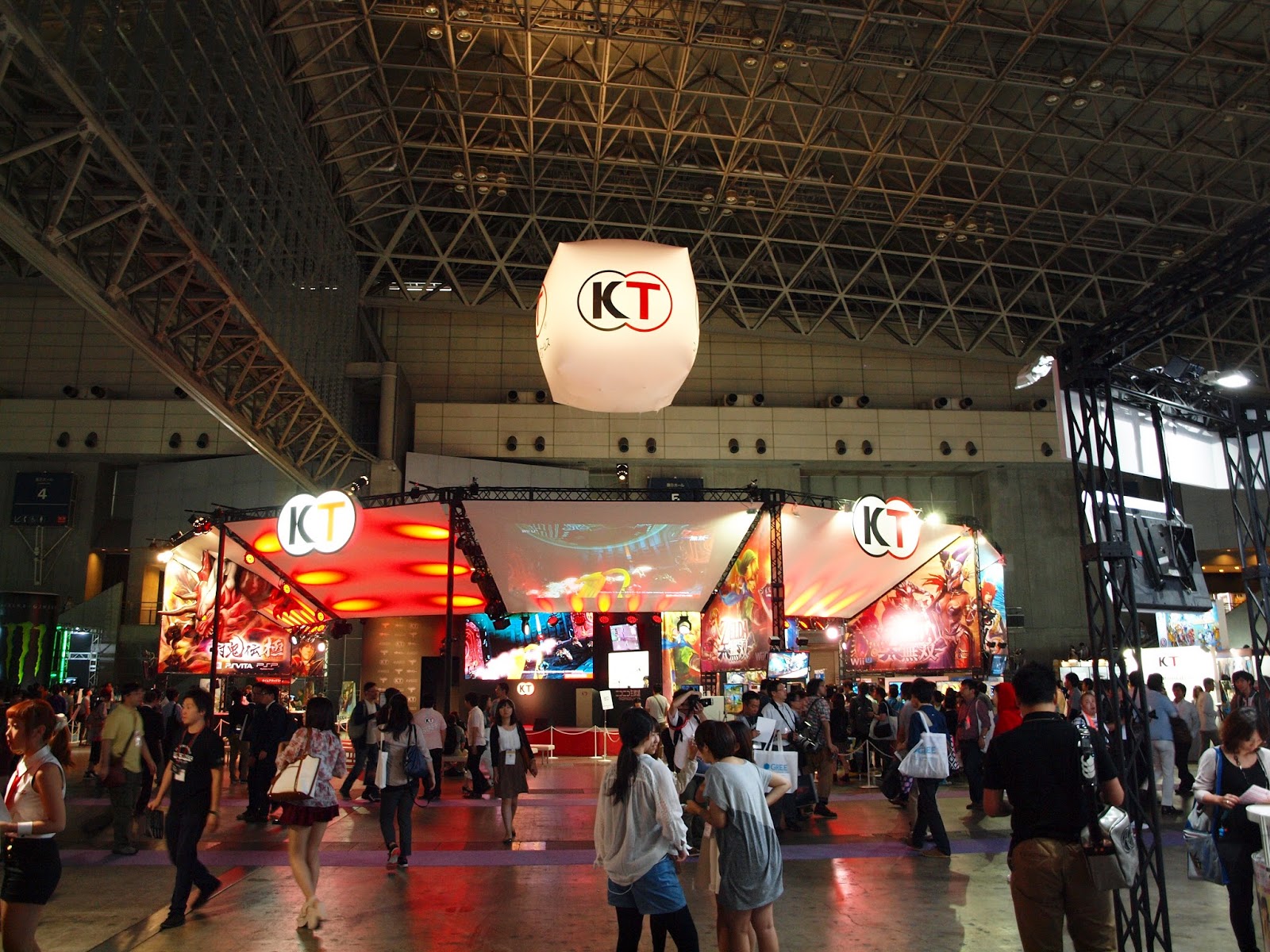 With the rise of PAX and Germany’s Gamescom, each of which now comes with big announcements from the likes of Microsoft, Sony, Nintendo, EA and Activision (and of course the continued popularity of E3), many western media publishers have been left wondering what is happening with Tokyo Game Show (TGS).

With few major global announcements and Nintendo’s continued boycott of the show, these same pundits have been left wondering if it’s relevant to even attend the show or not. But they’re missing the point: TGS is still undeniably relevant. If anything, to the Asian gaming markets it’s more relevant than even the likes of E3. What we are seeing is the emergence of a games industry in Asia that is fundamentally different from its American and western counterparts. The Asian gaming market is one where consumers demand very different kinds of experiences, and the local developers and publishers support these consumers. The result of these developers and publishers catering to Asia is that the games that don’t mean much to the mainstream western market, but the flipside to this is that the developers and publishers don’t need to care if the western market is interested in their games. There were a couple of examples that I observed over the last couple of days that can highlight this trend. At the show I was speaking to one of the team of a small publisher that specialises in games for the ‘otaku’ – visual novels, moe girls, that kind of thing (it was off record, so I’m not going to say who I was talking to, or mention specific quotes). We got to talking about the west’s resistance to content that has even the slightest hint of sexualisation, and his response to me was words to the effect of “that’s why we don’t bother with localising our games into English, but we are working on the Chinese and Korean markets.”

This makes sense. One has a massive population, the other has a reasonably wealthy one, and both markets have a culture that is much more receptive to sexualised imagery than western cultures. By focusing on these markets rather than the English-speaking ones, the niche publishers of dating games and the like can reach large audiences and make large profits, even as the western media is thumping out articles arguing that Japanese game development is ‘in crisis,’ or pointing and laughing at ‘perverted’ games that they’ve neither played nor taken the time to understand in context. But Japan’s games industry is not actually in a crisis at all. It’s changing and evolving to meet new consumer demands, but that doesn’t make for a crisis. Rather, the ‘crisis’ is a fabrication, or an example of a western media that has a habit of assuming that if a game isn’t made for it, then it’s either a failed game or can’t possibly be commercially successful. 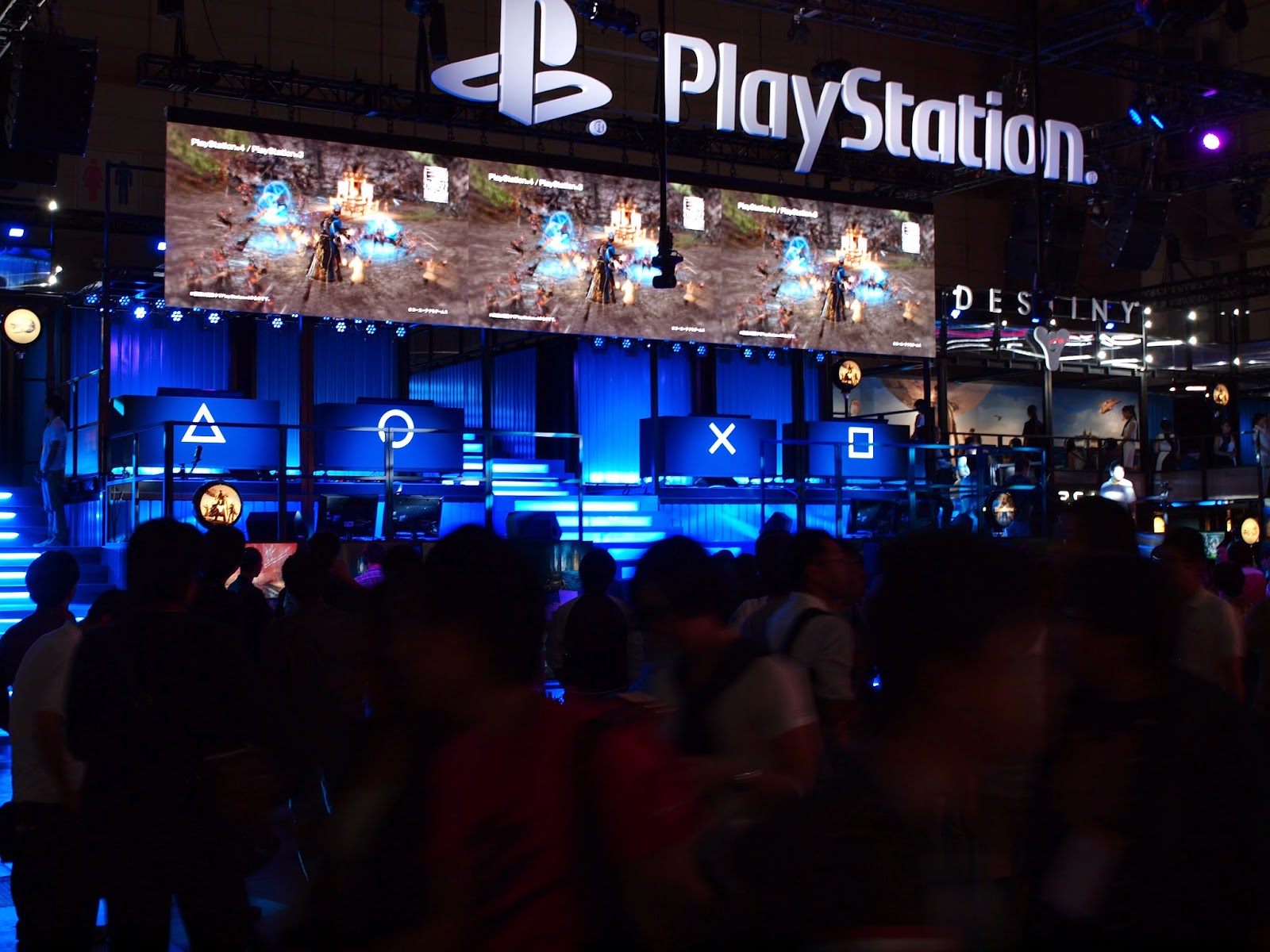 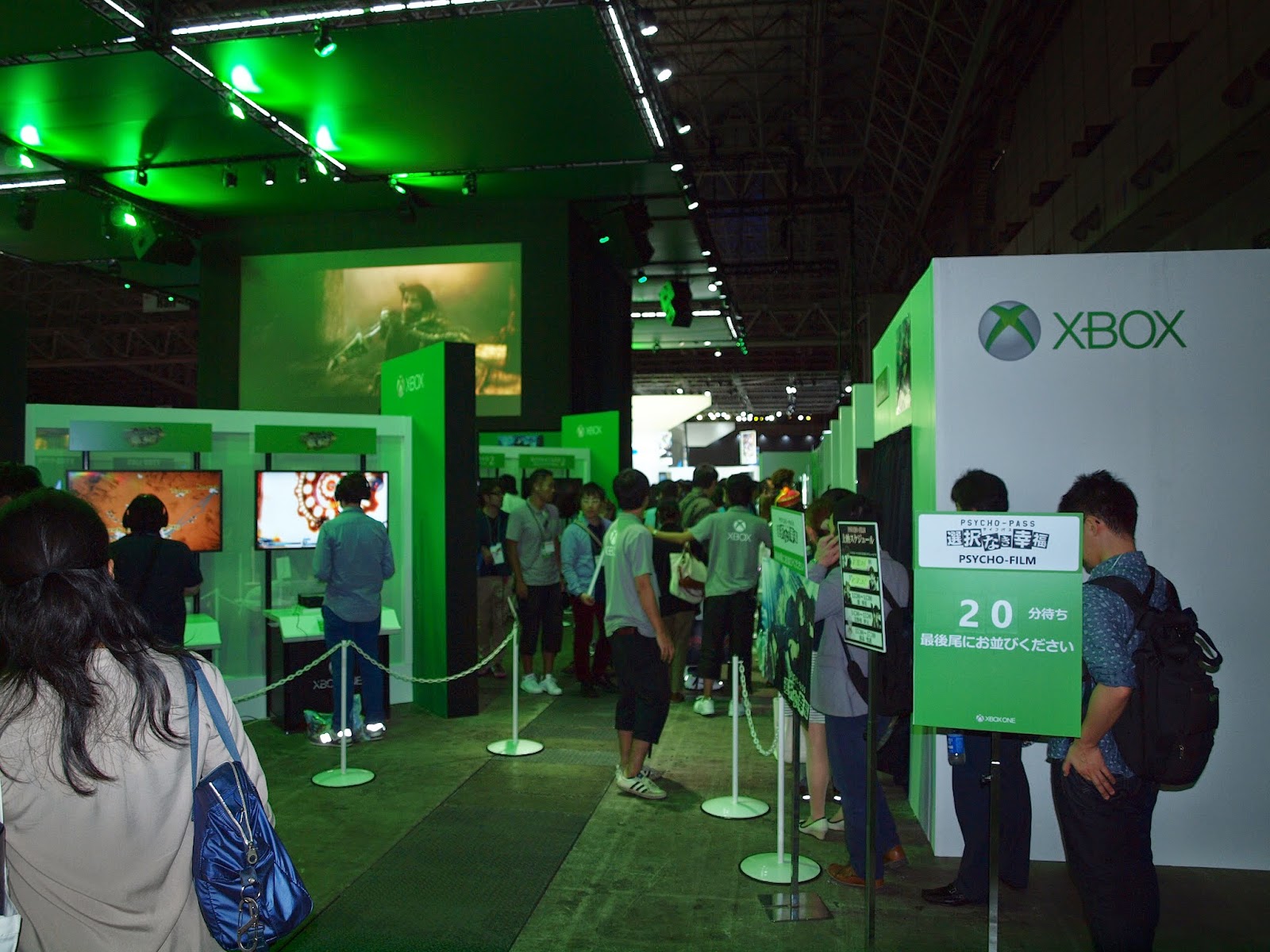 Later on I took a walk through a large section of one hall dedicated to game development studios in emerging Asia – the likes of Laos, Cambodia, Vietnam, Malaysia, Myanmar and Indonesia. In addition to starting to develop their own games (mostly for mobile), these businesses provide outsourcing work for anything from art design through to technical assistance for large studios all around the world, and their large on-floor presence at TGS suggests that the Japanese games industry is keen on developing these markets out of the wild frontiers. By being there, especially for the business days, these emerging developers were able to meet with Japanese developers and expose their work to other businesses in the industry. Why is this worth noticing as a consumer or journalist? Because as these markets all grow into healthy game-playing nations, they will be far more closely entwined with Japanese development and gameplay styles than western games, creating a situation whereby the Japanese developers are the source of the bulk of the popular games in those markets.

As a point of comparison, consider France and its love of anime or manga. Because so many young French people have been exposed to a disproportionate amount of anime and manga when compared to the rest of the west, France is now responsible for something like 50 per cent of the entire European market sales for anime and manga. For the Japanese games industry to be such a visible part of all other emerging Asian games industry is a clear sign that the industry is on track to replicate that success throughout Asia, and this is very relevant to the future of the Japanese games industry.  The presence of those emerging developer booths is very much relevant in that context, even if (I suspect) most western journalists raced past the entire section to go line up for Battlefield or Monster Hunter or some other AAA-game. 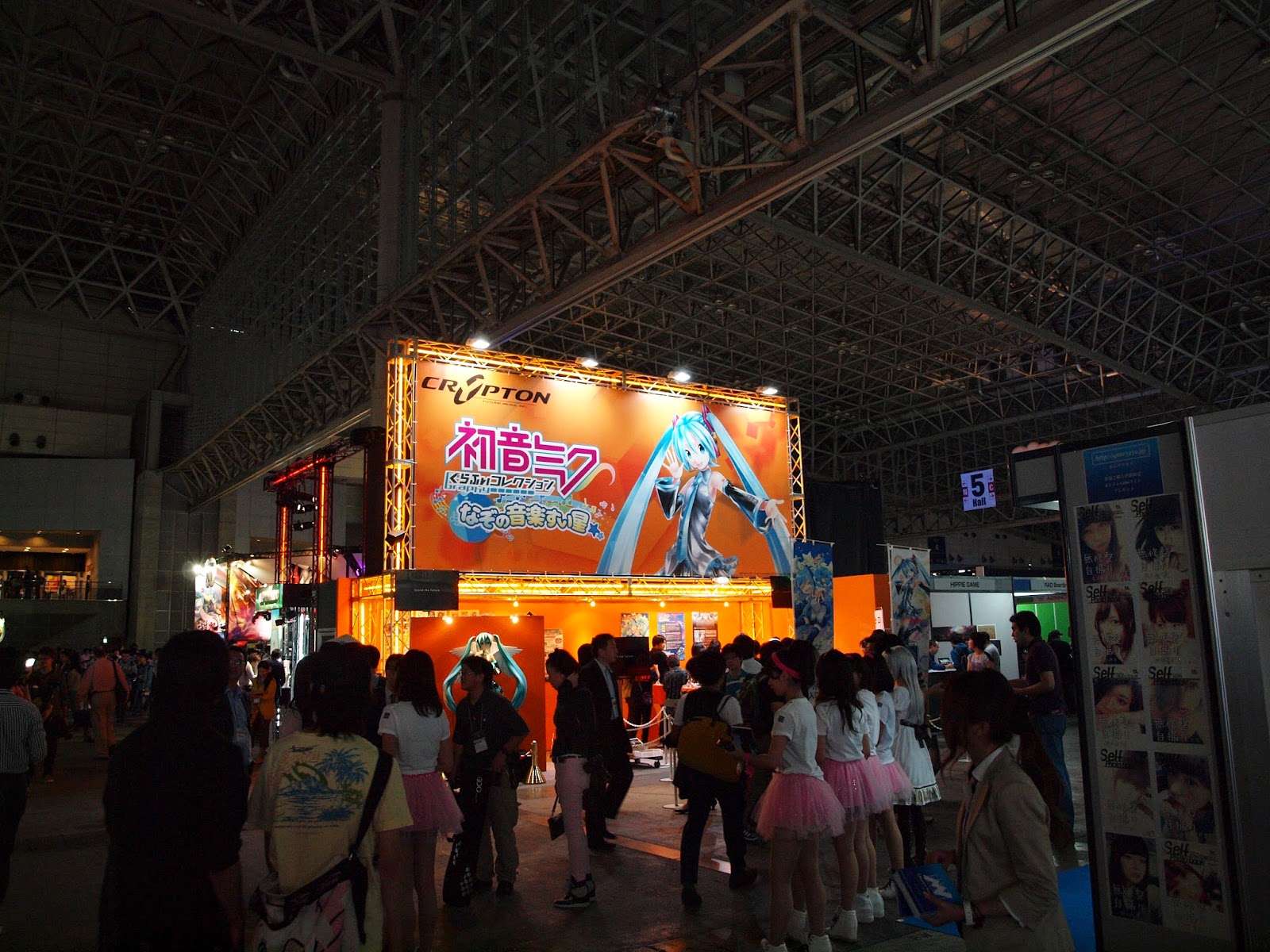 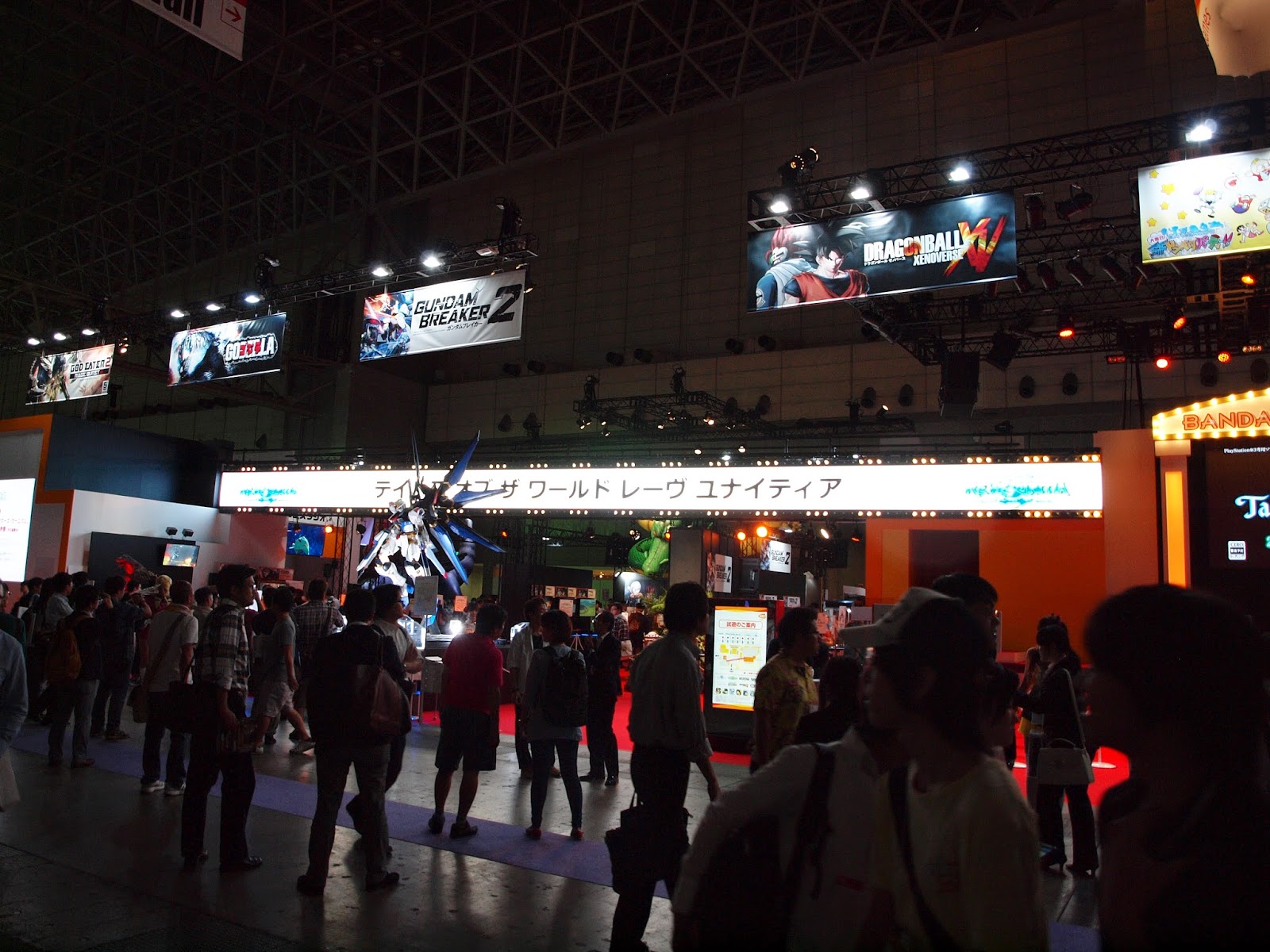 Finally, let’s consider the sheer size of the booths that the likes of DeNA and GREE built for Tokyo Game Show. These mobile-only publishers spent massive amounts of money on the show and had booths equally as large as the likes of Microsoft, EA, Sony and Square Enix. GREE’s presence was nothing short of spectacular, with dozens of models, regular dance shows and the brightest booth across all the halls. And it was constantly busy with local Japanese press, business folk, and regular people wandering through the exhibit playing games on iPhone. Why? Because the Japanese like mobile games. They don’t just play them because they’re time killers. The Japanese play mobile games because they enjoy the games. I have some data that I sourced from the show (which I can’t republish) that shows that the Japanese spend money on free-to-play games of an order of magnitude larger than the second most lucrative market on a per capita basis (which, incidently, happens to be Australia. American consumers barely spend more on F2P per player than Chinese consumers).

Because F2P is a reliable and popular business model that doesn’t encounter the same kind of resistance that it does out this way (where consumers expect F2P to mean completely free), Japanese developers, from GREE and DeNA right through to Square Enix, Capcom and Koei Tecmo, are all doing the logical thing and building games that their consumers want to play. Are these games as relevant to the west? Of course not. But mobile and F2P games are intensely relevant to the Japanese consumer, and to argue that Tokyo Games Show is losing relevance because a large portion of the show is dedicated to letting players test out upcoming or just released games on little phone screens, rather than the AAA-blockbuster titles on big TVs, is again misunderstanding completely what TGS is about – it’s a show for the Japanese. 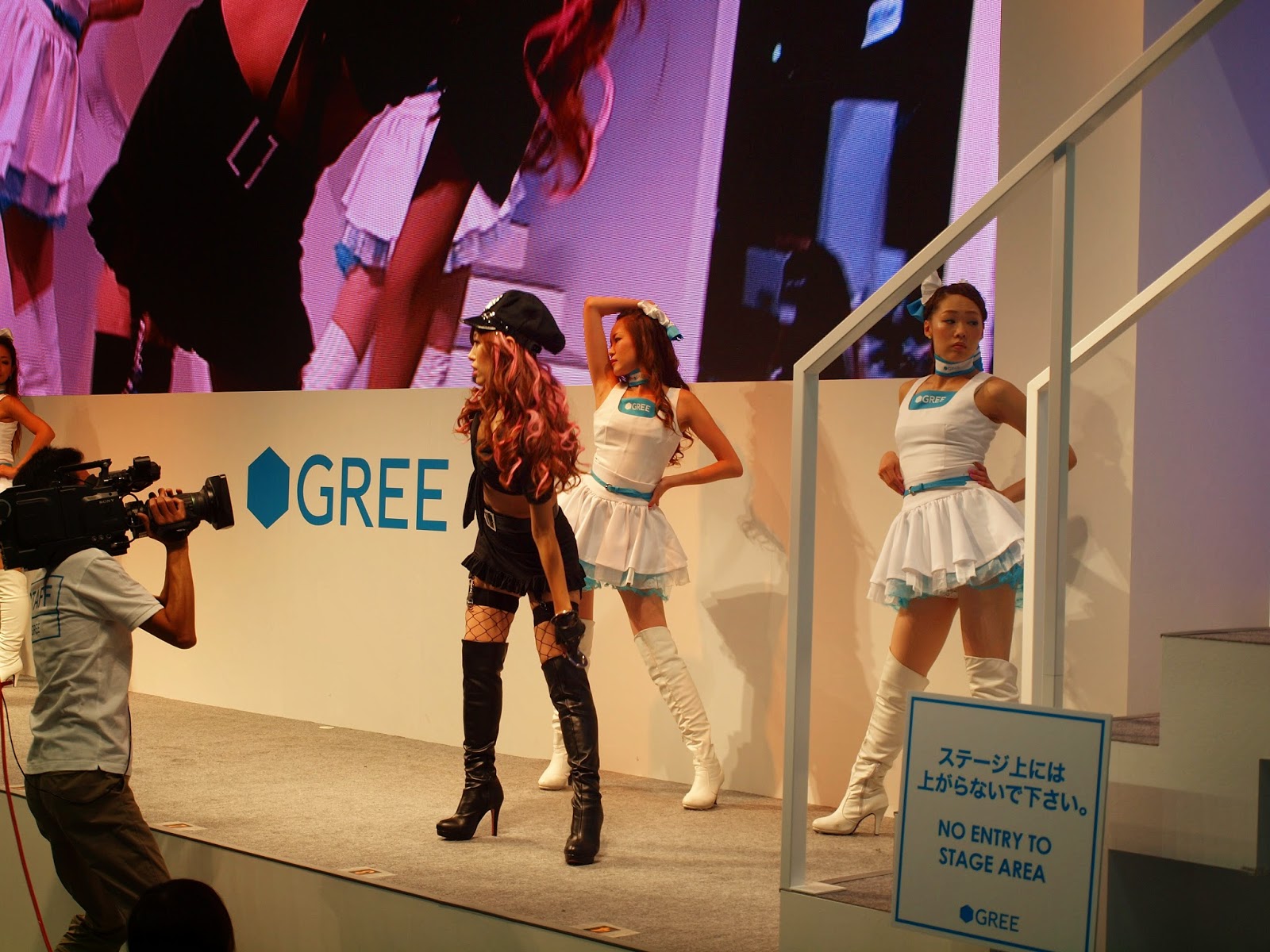 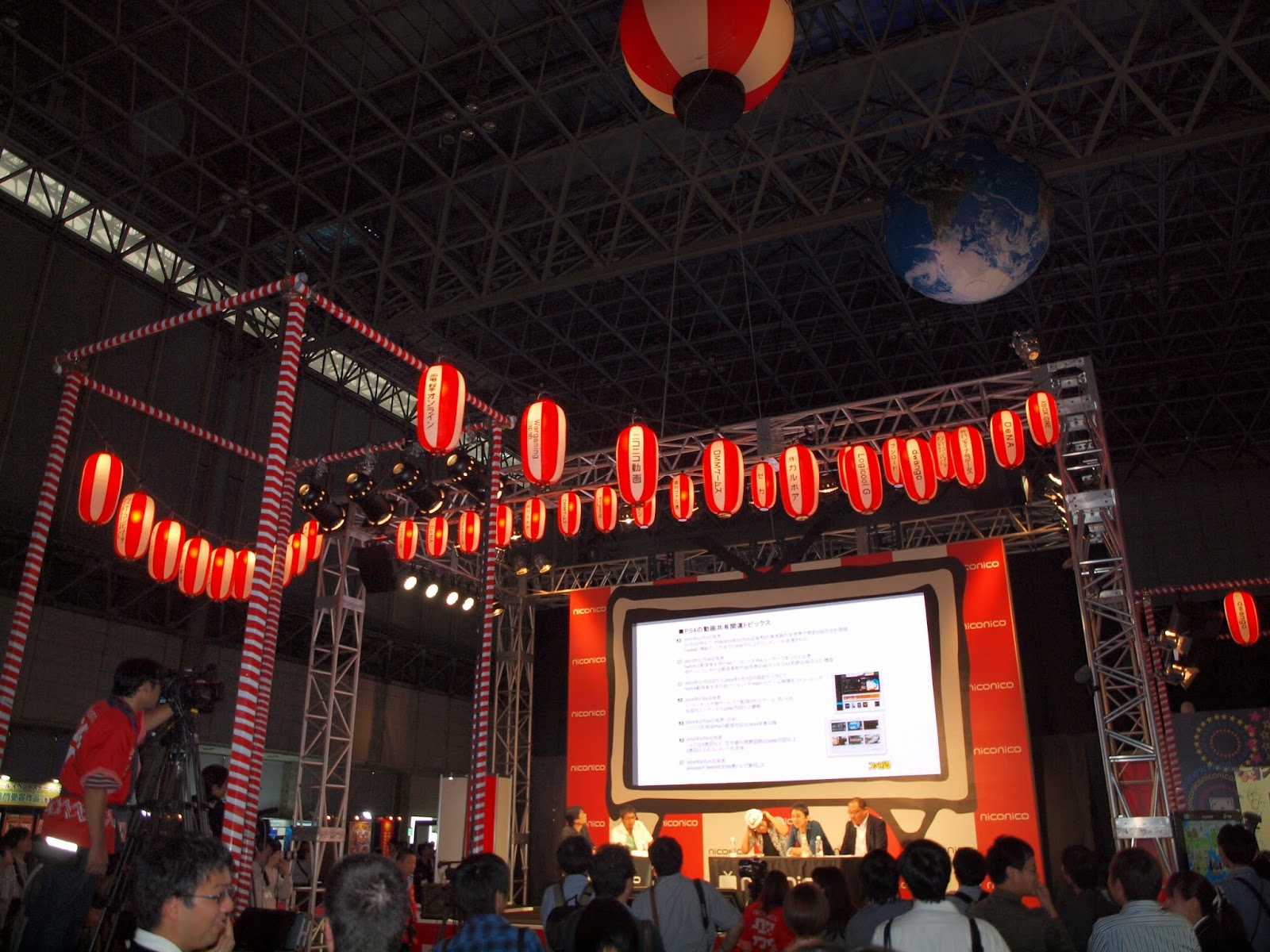 Tokyo Game Show’s overall numbers might fluctuate slightly from one year to the next, but the size and the scope of the show is such that it remains very relevant. TGS remains the E3 of Asia, even if it contains a mass of games that will either never be localised into English, or will never find more than the tiniest niche outside of Japan. But then that’s what makes the show so exciting – it represents the idea that the local games industry is finally coming to terms with the idea that it doesn’t need to appeal to westerners or Americans in order to be relevant.