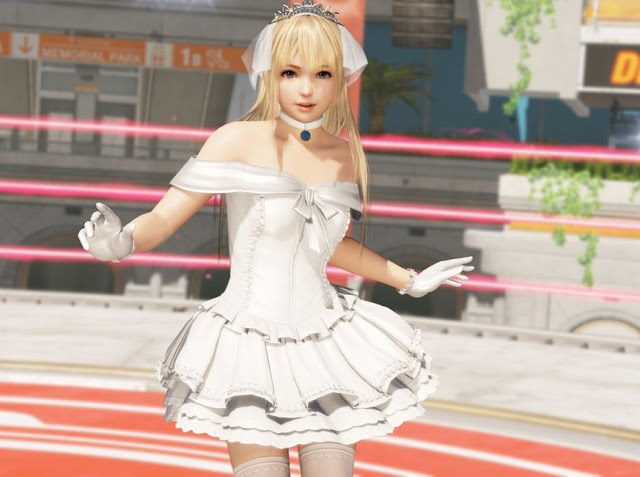 So, Dead or Alive 6 finally released last week, and it is a particularly good fighting game. The best 3D fighting game ever, as far as I’m concerned, and argued in my review. But, of course, this is the games industry, so rather than talk about the game itself, its merits, and our experience with it, instead the community has decided to derail every conversation about the artistry of the game by framing DoA 6 as a product and talking about capitalism.

I refer to the DLC that has been announced by Koei Tecmo. That’s what people are angry about. Now, the DLC is admittedly expensive. A season pass has been announced for the game will cost more than the game itself, and this is just the first season pass. Dead or Alive 5 had something like seven of them. Because something – heaven forbid – actually be expensive in a video game, a bunch of people have now decided that Koei Tecmo is apparently being “exploitative.”

This is nonsense. Getting this blunt and upfront: If you think that something so completely optional and non-essential to the base game as this season pass (more on that in a moment) is “exploitation”, regardless of what it actually costs, then you’re living one incredibly entitled, sheltered life. Dead or Alive 6’s DLC is both fine and utterly harmless.

To put into context; I’m not for a second suggesting that all DLC is defensible. There are plenty of approaches to DLC and microtransactions that are indeed exploitative and potentially harmful to a person. Any DLC that involves gambling mechanics – loot boxes or gatcha mechanics, for example – are exploitative by their very nature and badly encourage overspending. They encourage you, the player, to keep throwing money into a system in the hope of getting something good, but without a guaranteed outcome, there’s no indication that the “need” to spend will ever actually stop.

Similarly, it’s a problem any time a developer locks important parts of a base game behind a paywall, but then charges players full price for the standard game Take RPGs for example. The line between a “bonus” quest or character that adds something to the game for the most committed fans, and a quest or character that’s important to the completion of the game, is a fine line indeed at times. But it’s also a line that we all have an intrinsic understanding of, and there have been times that a publisher has stepped over that line. When that happens, the criticism the developer or publisher gets is entirely valid.

Dead or Alive is a fighting game, of course, so in the fighting game space, specifically, a game that releases at full price, but locks the basic roster characters behind a DLC transaction, is a problem. That has happened before with other properties, and Dead or Alive 6 is actually guilty of this itself, albeit to a lesser degree than some others. Koei Tecmo has put two characters that should be in the main roster behind a DLC paywall for people who pre-ordered the game. Phase 4 and Nyotengu both show up in the story mode, and are playable in a couple of the tutorial “quests” in the DoA Quest mode, even for people who haven’t got access to the DLC. Locking those particular characters behind a paywall is not acceptable because they clearly belong in the base package.

But in every other way, Dead or Alive 6 is a complete game. Even without Phase 4 and Nyotengu the Dead or Alive 6 roster is large, and complete, with all the base characters that you would fully expect to find in a DoA title. Each character has three or four different costumes to choose between, and each of those costumes has a couple of different colour options. That’s right in line with the expectations that you’d have for any other fighting game. In terms of gameplay modes, too, Dead or Alive 6 has it all covered, with a full story mode, survival, arcade and time attack all being there. All of those were available with the previous iteration of the series, and Koei has met those standards with its new one. The only area where the game feels deficient is in the lack of online lobbies, but Koei Tecmo has already announced that that will be fixed via a free patch – its arrival has nothing to do with the DLC.

That brings us to the supposedly “exploitative” DLC season pass. What’s actually in it that has people up in arms? Costumes and bonus characters that are genuinely a bonus. You’ll get a couple of characters from the King of Fighters series in the season pass, and each character will get a few new costumes. Given the heritage of the series those bonus costumes will no doubt be pure fan service, and indeed the first set of costumes has gone straight to the fetishistic with wedding dresses, such as the Marie Rose is wearing in the header there.

This is exactly how things worked with Dead or Alive 5. That game gave players everything from Atelier and Attack on Titan cross-franchise costumes, to the skimpiest of swimwear, school uniforms, cheerleader outfits and Halloween costumes. None of those costumes were essential to the base game… or even wanted by people who just wanted a fighting game and weren’t so interested in fan service. They were there there for people who did want to play kinky dress up with their favourite characters. For someone like me, who did enjoy that side of things, and ended up buying a lot of DoA 5 DLC, the DLC kept me playing for close to six years, on a nearly weekly basis. No other fighting game has come as close to offering me the value that Dead or Alive 5 has done. It was worth every cent, and I certainly didn’t feel exploited.

In order to continue to develop for Dead or Alive 5, however, Koei Tecmo needed to make money from it. With fighting games, the post-release revenue options are fairly limited. You can’t add new quests, as you would an RPG, or new maps, as you would a FPS. Developers of those kinds of games can offer new costumes for free, because the marginal value of them is often enough to keeps people playing while giving the developer the chance to up-sell a map pack or whatever. For fighting games, the additional revenue needs to come from new characters and costumes.

Because Koei Tecmo was able to make money from those costumes, the publisher was able to do all kinds of interesting things that other fighting games didn’t. Koei Tecmo held regular competitions for new costume designs, giving the most hardcore Dead or Alive fans the chance to actually participate in the game and see their ideas on their favourite characters. Koei Tecmo was also able to build DoA 5 out to the most content rich fighting game of all, with a whole lot of fun, silly stuff to keep the most dedicated fans happy with their game.

With DLC, what’s actually important in determining whether something is exploitative or not is whether the base game offers an appropriate number of characters and costumes that it’s a validly full game – Dead or Alive 6 does that. If Koei Tecmo then wants to give fans wedding gowns and bikinis and silly cross-franchise extra characters, then of course it has a right to charge for it. It should do, too, since then we can all get even more from the game’s ongoing development. What’s important is that the people who don’t want to buy the DLC – whether it is too expensive for their interest level in the game, or whether they’re not so interested in additional dress-up options – don’t end up being unable to play a full and complete game. Which, in the case of Dead or Alive 6, they can. The base game isn’t suddenly going behind a paywall because there’s a season pass there.

So, no, it’s not exploitation.

Going hands-on with the distinctive and terrifying A Plague Tale: Innocence