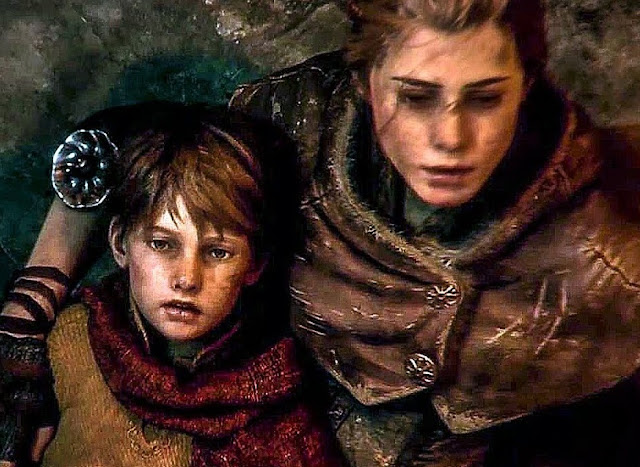 A Plague Tale: Innocence is being developed by Asobo Studio, a French outfit perhaps better known for adapting children’s movies into their video game counterparts. Interestingly, its latest endeavour, which takes place during the black death and brings with it all the plague-bearing rats and inquisitors that the era entails, has a decidedly more grim bent than Disney; the game’s showing at E3 2017 was effective enough in its horror to make one’s skin crawl.

The visual spectacle of a thousand rats swarming across the screen, a writhing harbinger of death, is understandably more terrifying to experience than to merely watch. It’s embedded in everything from the frantic skittering sound of the vermin to the way that the environment unfolds in a tapestry of ruin in their wake. The preview copy only afforded us the first few hours of the game, but that time was more than sufficient to whet our appetite for the destruction to come.

A Plague Tale: Innocence is aptly named for its focus on the game’s dual protagonists, the young girl, Amicia and her even younger brother, Hugo. The game is set in France in the 14th century, conveniently as the Black Death and the Inquisition sweep their way across Europe. The aforementioned stars of the horror show are the children of minor French nobility, and they live a particularly charmed existence that A Plague Tale takes great pains to illustrate to you. There’s hunting in the woods, a vineyard, and being beloved by the family’s loyal staff. 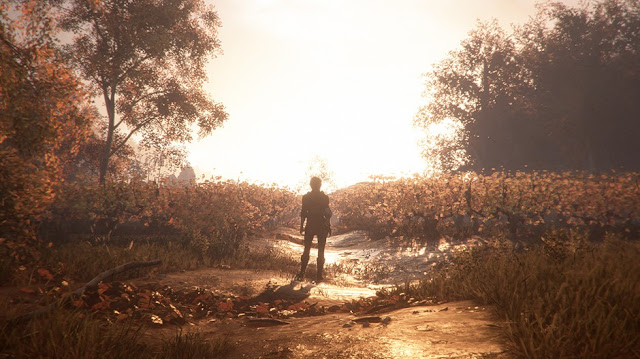 All of these indicators of wealth, status, and childhood are meticulously detailed in the rich environments: sun-dappled cobblestones, footsteps fading away into a kitchen that smells of cinnamon, the sound of branches breaking underfoot as you race playfully through a forest. What you hear in this game is just as important as what you can see – you’ll learn to gauge the distance of other people from the way that sound travels and gets louder or softer, and also learn to recognise the distinct sound of blades being drawn or doors closing.

Players are gradually introduced to the way that the aural design works by way of a useful (if unexpectedly confronting) tutorial that sees Amicia and Hugo’s fortunes take a 180-degree turn right into the Hellscape of rats and death which everyone who’s seen the promotional material for the game is familiar with. You’ll be primarily dealing with Amicia, but Hugo has the ability to access child-sized alcoves and areas to better assist his older sister with navigation. Protecting your brother is an crucial part of getting around in A Plague Tale, and the game does a good job of organically building a connection between the siblings in a way that compels rather than outright tells.

One aspect of the preview that stood out the most was the care and attention paid to Hugo’s characterisation and his placement as the other protagonist. Hugo isn’t just an escort quest brought to life, which is often how it can feel when you’re having to wrangle dealing with a child in a game. Even the acclaimed Yakuza 6 had this distinct problem, and we don’t like revisiting any thoughts about that animatronic disaster of an infant. In A Plague Tale, Hugo feels like a living, breathing extension of the player character even though you don’t have as many opportunities to directly control his actions. 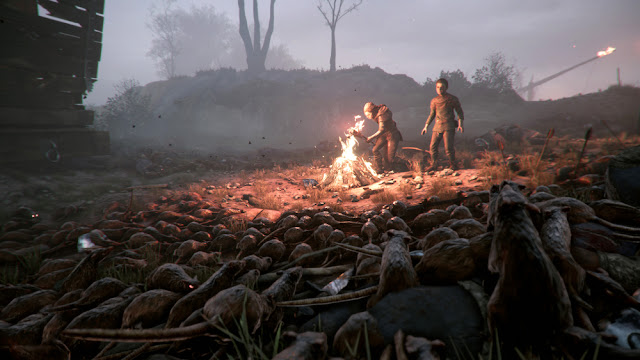 Sure, you can press the directional keys to move Amicia. She can hit things with hastily snatched projectiles, tell allies to wait as she distracts a roaming guard, or sprint headlong down an alleyway while holding his hand. Amicia reacts instantly to what you tell her to do, and her responsiveness is great to behold in motion for a title based around dynamic sound and stealth. That being said, Hugo’s inability to essentially do any of the above is what makes him strangely compelling.

Hugo has to be directed. He’s a stumbling, crying, and frankly sometimes irritating child. This means that he has to be helped over anything taller than he is. Hugo has to be lifted up, coddled, comforted, and have his hand literally held. He needs someone to look out for him, and he gets visibly nervous. He talks when he’s nervous too, which is a nightmare in itself. When he’s too far away from Amicia, his distress levels rise. Everything that Hugo is is antithetical to what you need to practically succeed in a stealth game, and it can get grating.

However, that’s really just the beauty of his character design. Hugo being a veritable liability puts Amicia (and you, as the person controlling her) incredibly on edge. Not only do you have to ensure that you’re keeping yourself out of trouble, but you’re having to painstakingly shepherd a very fragile and very noisy child through all manner of horrors and dangers. The game establishes you as a protector figure very early on, but this isn’t the dynamic that Kratos had with Atreus. It’s less about having a mini soldier to use as a bonus weapon and more like, well, looking after a sibling that you care about. 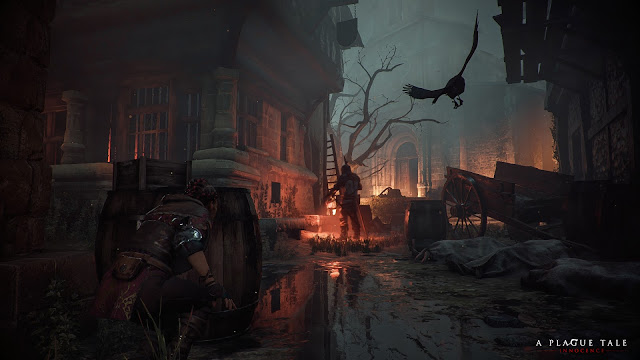 Amicia voices her frustrations openly but with affection, a credit to an enthusiastic if not entirely polished VA job. When she does so, you can’t help but sympathise even as you start looking over your shoulder for Hugo. Each time you have to leave him on his own, it gets a little nerve-wracking. There’s no living creature more helpless than him in A Plague Tale, and the game’s masterful play on separation anxiety and the fraught relationship between family members pays off because of how both children are realised in the world.

Given that Asobo Studios has quite the pedigree in creating games specifically geared at children, it feels like some of that knowledge has translated well over into actually portraying them in a game. The way that Amicia and Hugo react to the world around them is refreshingly believable; not overplayed for emotional stakes, not underplayed for fear of ruining the immersion of the game’s forced stealth. The stealth and gameplay feel more like a vehicle for the story unfolding around the siblings. It’s a novel way to tell a story rife with symbolism, and we can’t wait to see the full title when it releases in May.

The hyper-fanservicey Gun Gun Pixies is coming to Nintendo Switch