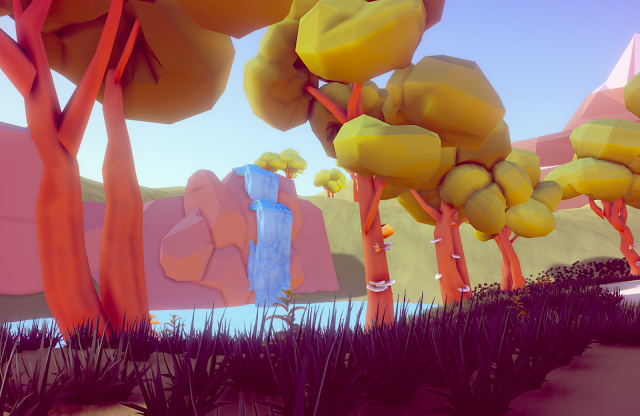 It’s not a stretch to say there is a lot of contemporary talk regarding depression, but that’s all it is: talk. Talk about talking. This doesn’t deal with the root problem, which in Canada at least is the severe lack of access to proper mental health services in a timely manner. I’ve spoken casually with curators and psychiatrists and psychologists in the past about the power of healing through art, how access to the tools of creation can enhance healing. And that’s Drowning. Healing through art.

Related reading: Another walking sim, Beyond Eyes examines physical instead of mental illness, heavily using the environment. Our review here

Drowning is not a “fun” game. The definition of a walking sim, Drowning is entirely focused on the narrative, told by wandering through the wilderness as day falls to night. It is the definition of a walking simulator. You follow a set path, moving at one speed. You cannot make any movements other than walking. There is a musical score in the background, but no voices. The narrative appears as text floating above the path. It’s lovely and serene at first, but becomes much darker by the end.

Drowning is the story of a teen whose “friend” convinces him their true friends don’t like him, and the effects it has on his teen years. The story became clear to me quite early on, as I went through something remarkably similar. The protagonist’s foe begins working on him during his first teen years, but my “friend” targeted me at the tender age of six. She told me nobody liked me, that she’d only like me if I gave her my toys, and if I didn’t do what she wanted she’d tell the principal on me. My lack of trust and genuine fear of being penalized by authority figures remains, despite the fact it’s been nearly three decades, but she was an earworm for six pivotal years and that doesn’t just go away. Her outer voice became my internal one.The same thing happens to the protagonist in Drowning and my heart just breaks into a thousand pieces knowing someone else has felt like this, or still feels like this. 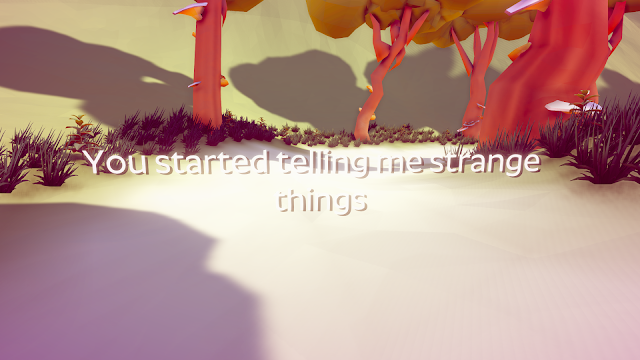 Healing through art is a powerful tool, and as such healing through game development can also be possible. The developer uses their pain as the narrative, completely exposing their deepest thoughts and feelings, and the possibility of the game ending negatively seems incredibly real as a result.

And that is why it absolutely kills me to find fault in the game, but I do. Quite a bit. For one, while it was likely a source of healing for the developer, it is really dark. I don’t necessarily recommend it to someone in a currently bad place. I don’t normally care about trigger warnings, but there needs to be a great big one before the title starts; I played while going through the grieving process and coming off anti-anxiety meds, and I just about lost my mind to the depression that overcame me as the familiarities with my life overlapped with the narrative.

I also take issue with some of the content, and wonder if a game about psychological issues shouldn’t be looked over by someone in the field first. I’m especially concerned with one part when the protagonist exclaims, “I’m going to get help and fix everything!” It’s an impossible dream to fix everything, setting the person up for failure and possibly worsening depression, hopelessness, and helplessness. “I’m going to get help to begin healing” is one example of better phrasing. 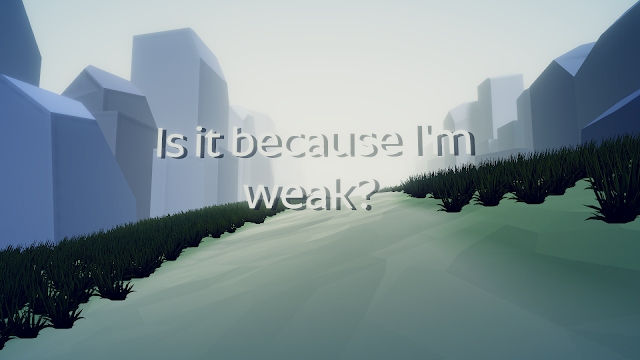 Drowning is a short title, a couple hours of playtime is enough to cover the main narrative and find a few secrets and alternate endings along the way. I found myself frustrated because I could read faster than the character walked, which allowed the words to seep in during the important parts. But the text seemed to be spaced equally apart, rather than for any sort of dramatic effect, and I think the pacing be better. There’s also no option to skip or increase the speed of the end credits, no matter how often you view them (a personal pet peeve of mine).

Not all endings are sad, but not all endings are happy, either. One part I did enjoy was looking for the hidden paths that would lead me to secret endings, or looking around just off the trail for scattered collectibles (which seem to have very little meaning, unfortunately).

While the soundtrack fades into the background as you progress through the game, the graphics remain upfront. The scene changes become almost jarring. Everything in the environment is very linear and boxy, a style I don’t hate but it doesn’t stand out. The main problem with the graphics I had is the height of your character’s eyes — it’s as though you’re only as tall as the grass, not the height of a teenager. It was something that consistently brought me back to the real world instead of continuing to immerse me in the world of Drowning. You’re at the same level as the words, so you kind of walk through them, but really everything just needed to be raised to represent an actual teenaged boy rather than an infant. 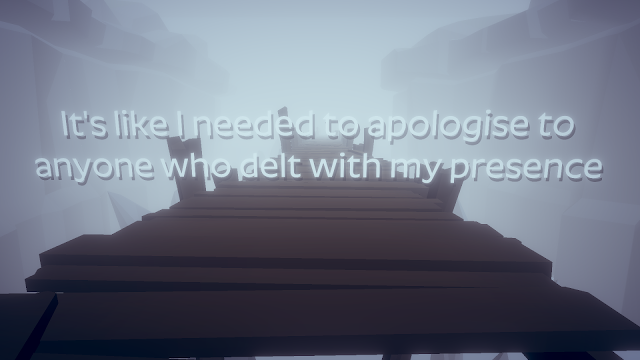 The environments do accurately reflect the emotional state of the protagonist; as the game progresses, it gets darker, both emotionally and environmentally. For example, by Year 11 you’re left the trail in the woods and find yourself on a never-ending wooden footbridge, far above the ground. The danger feels real. The friend’s voice is becoming synonymous with the one in the protagonist’s head. There is nothing but emptiness or anger, and all you can do is put one foot in front of the other and keep moving forward without registering the foggy world around you.

I respect the developer for what he has done in creating a game to help heal himself. I identify far more than I ever could have expected; Drowning seems to take my thoughts and put them right into the character’s head. It’s eerie. Accurate. Emotional. Unfortunately, it’s also poorly planned, poorly placed, and in some parts, questionably written. There are also graphic choices that remove you from the immersion in emotion that I expected while playing, and sadly, the decent narrative doesn’t make up for these glaring issues.

Going hands-on with The Division 2