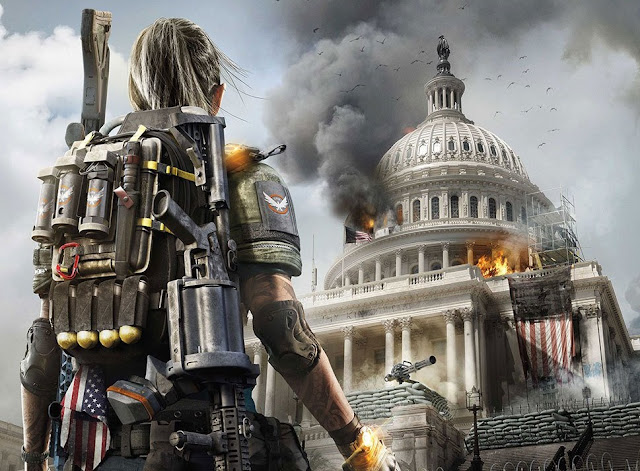 The original The Division was an “and one more thing”; we all found out about it via a trailer tacked onto the very end of an E3 presentation by Ubisoft. For anyone who remembers watching it, you’ll also remember that it was a particularly impressive opening look at the game. Whether the end product met the expectations of people based on that trailer is debatable, but certainly the game found enough of an audience that Ubisoft saw value in producing a sequel.

For those who haven’t played the original title, The Division 2 is set during the summer in Washington D.C. The events of the game occur seven months after the original Dollar Flu – a plague that led to global anarchy. Just like the original, chaos has spread through the city with riots erupting as the flu takes hold, and your job is to lead a team in a mission to recapture the capital.

Clearly unwilling to alienate the existing fanbase by moving in a new direction, The Division 2 instead builds on the core mechanics of the original to offer a more polished experience. And right from this beta version, the game nails that side of things. The core mechanics of shooting are good. The visual and audible presentation is also sharp, with feedback from the gunfire being particularly noteworthy. When a game is about putting enough lead into enemies as possible, you just don’t want that experience to be cumbersome. That being said, using a scope could be improved. Switching to a scope needs to be a little quicker and it would be nice to have more areas suitable for the use of that scope. There are always going to be people that like to play their shooters via scopes and range, and right now, that’s the one area where I felt The Division 2 is missing a little. 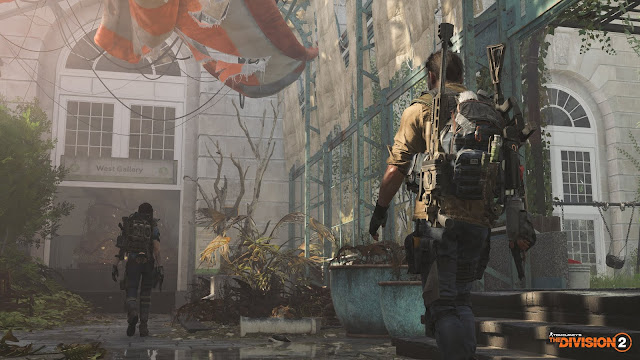 The Division 2 also looks like it will follow its predecessor in terms of the issues with the game. Or to put it another way; it’s still a bit rough when playing with fewer players. Just like the original the game, The Division 2 feels best balanced when having a team of players, rather than going solo or bringing a buddy along for the ride. The AI is quite smart and effective at flanking the opposing forces, and when you’re not working in a team it tends to feel like you’re being swamped.

With that out of the way, one area where Ubisoft seems set to fix the error of the predecessor in its entirety is the end game experience. The original title has become a completely different game over the course of its life span, in part thanks to ongoing support, as well as DLC post-launch, but for those early adopters it was a pretty hairy post-endgame experience, and that’s something that should be fixed out of the box this time around.

It’s also worth noting that The Division 2 is going to be a more pleasant place to “live” in. Gone is the static depressing snow of the first game, because this time around nature has started to reclaim the city. It might be still a cliché by the standard of the modern disaster or apocalypse story – we’ve seen the verdant past city environment in everything from The Last of Us and Nier: Automata in the past. However, it is a preferred pretty, and vibrancy is always welcome. 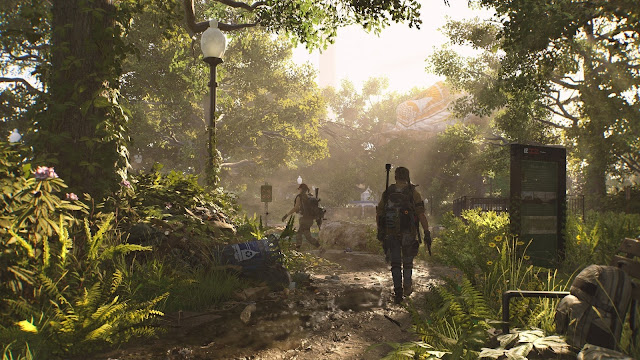 Ultimately The Division 2 is going to be much the same experience as The Division, which sounds trite, but that’s exactly what Ubisoft has been aiming for. It’s more polished, but what you may have loved or disliked from the first game will be much the same as your experience with this one. Now, I didn’t stick with The Division beyond the base game, and never felt the need to dig into the DLC. Ubisoft is also releasing this at the same time as the likes of Apex and Anthem, so there’s going to be some stiff competition for it. That being said, The Division 2 certainly has its faithful, and no doubt, they’re going to love what this new one brings to the table.