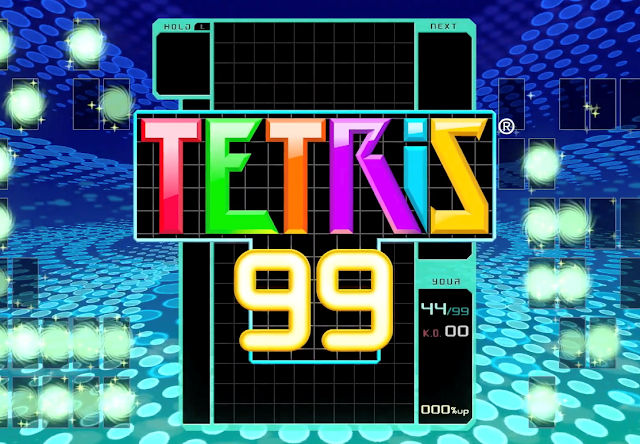 Nintendo has come full circle, and it’s incredible to think a company is pulling exactly the same tricks that it did decades ago, in those heady early days of video games. It’s even more impressive that the company can surprise and delight in doing so.

Related reading: For a very different look at Tetris, check out Tetris Effect. Our review

At yesterday’s Direct Web show, which Nintendo uses to update players on the stuff that it has coming out, it surprised us all with the immediate drop of Tetris 99, a “battle royale,” in which in each match 99 players all compete by playing Tetris until there’s only one left. It’s as manic as it sounds; the ability to play well to send blocks over to your opponent has been something that has been a part of multiplayer Tetris for as long as Tetris has been around. Spreading that ability across 99 players simultaneously makes for pure chaos… and yet within that chaos the skilled still rise to the top. Such is the majesty of Tetris.

It’s impossible to follow what each individual players is doing, of course, but you’re able to select general “themes” in terms of who you attack with your blocks. You won’t see where those blocks go, but if you select the “KO” theme, you’ll be trying to knock the weakest players out. Another option allows you to target people who are targeting you. At least, I think that’s how this all works. If you play like I do for the most part you’ll be too busy focused on my own play field. That said, in between the frantic block dropping, there is one thing you’ll pay very close attention to; the number of players still in the match. It’ll start at 99, but soon enough players will be either attacked into oblivion or simply make the standard Tetris mistakes game and wipe themselves out. Then that number will tick down. When there’s 50 left the game flashes up the achievement and you’ll congratulate yourself for being in the top half of the field.

But you won’t want to lose your concentration, because the top half won’t be enough. You’ll want to be in the top 40, 30, and then 20. Hit the top 20 and you’ll think to yourself “well, if competitive Tetris was an Olympic sport (and of all esports this one surely deserves to be), then I’d have made the finals and be in the running for the gold medal.” That’s the point where I personally count success in Tetris 99 – I’ve finished in the top 10 a couple of times now, but once you get to the top 20 the speed of the blocks and the nature of the attack system mean that there’s a bit of arbitrary luck involved in determining the exact winning order.

Once you’re out, a leaderboard pops up showing you your position, as well as marking out anyone who you were directly responsible for knocking out. And then you’ll immediately start a new game because Tetris 99 is impossible to put down.

Prior to yesterday, no one was calling for a “battle royale Tetris.” No one could even conceptualise how the game could work, I feel. But work it does, and for Nintendo, looking to validate the value of the online subscription that it now charges for, Tetris 99 is the perfect achievement. 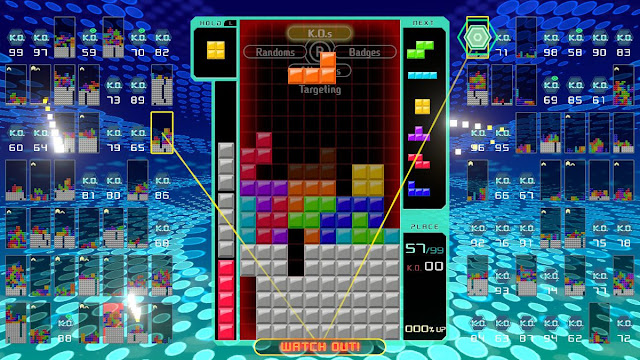 Tetris 99 is free, but you must be a subscriber to Nintendo’s online service in order to enjoy it. Previously the only benefit players got from that service (aside from the ability to play their Switch games online, which had been free to do on the Switch prior to the subscription service being launched) was a collection of NES games. The best NES games are classics, of course, and many of the best are already in that library. Furthermore, Nintendo updates it every month with a couple of new games to play. However, at the end of the day, NES games don’t hold much monetary value and as such it’s hard to look at that library and compare it favourably to the subscription services of Sony and Microsoft, which offer high quality new games every month for “free”.

With Tetris 99, Nintendo found a way to “sell” the subscription service to users. A distinctive, interesting, endlessly replayable “free” game. And it’s actually quite noteworthy that it’s Tetris, specifically, that has done this.

When Nintendo launched the Game Boy, back in 1989, it was the first handheld game console of any note. There had been other experiments with handheld gaming – Nintendo’s own Game & Watch being an example – but this was a big step up from that. You’d be able to use the console to play many different games, and primitive as the console hardware was, it was therefore a full featured console, on the go. Nintendo needed something to convince people to give this new thing a go and demonstrate its value. Something to pack into the console box, so that people weren’t up for the cost of a game to go with their hardware purchase. Nintendo took a relatively modest port of a simple puzzle game, Tetris, and made it a pack-in “bonus” for the console. It’s no understatement to say that Tetris was critical in the initial success of the Game Boy. Through it players realised that the console could provide them with on-the-go games that were a significant step up in terms of depth and long-term play value when compared to the other handhelds gaming out there at the time. The modest exterior of the console belied what it really offered a player. 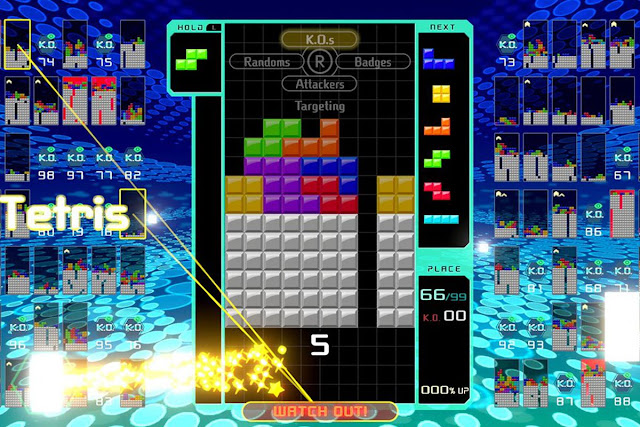 Tetris 99 is exactly the same thing. Compared to the majesty of Tetris Effect on the PlayStation 4, this is a humble, modest, and no-frills take on Tetris. Sure it features dozens of players playing simultaneously, but in terms of the way that’s presented, it’s stock-standard Tetris. But just as Tetris showed us all the value of the Game Boy, Tetris 99 shows us the value of Nintendo’s online platform.

So, like I said, Nintendo is playing the same tricks that it did decades ago, to the same effect, and it’s truly brilliant.