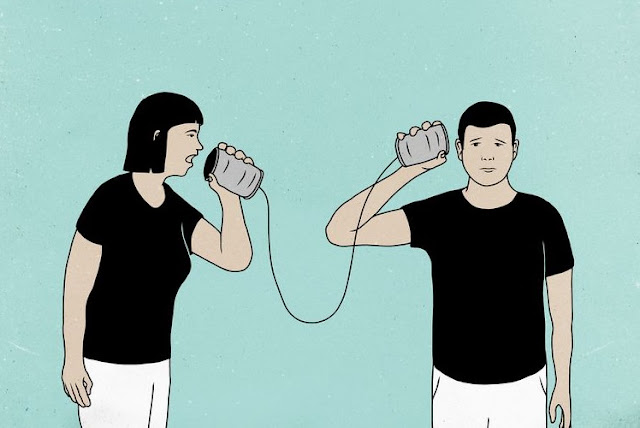 It’s still early enough in 2019 that I can recommend some New Year’s resolutions, right? I’m doing it anyway, so here we go:

The video game industry is showing a remarkable capacity to modernise and mature at times. Just today there was the news that Blizzard has formally confirmed a second character in the Overwatch crew to be LGTBIQ, and that’s a genuinely good thing; diversity is good, and having a proper blend of characters with a wide range of backgrounds makes for a game with richer and more interesting lore.

But there’s still room for improvement, particularly in the way we think about – and talk about – video games. So, what I’d love to challenge the industry to do in 2019 is shift slightly in how we frame certain common conversations and terms that we use with regards to games:

1) We need to stop using “addictive” as a positive descriptor of a video game. Addiction is not good. If you’re addicted to a game, you need help. And, if a game is genuinely trying to be addictive, then we need to be very critical of that game.

There are plenty of words that don’t imply what “addictive” implies that we can use instead. We can call games “powerful,” or “compelling”, “entertaining” or “gripping.” there’s no need to associate video games with something that the gambling industry is constantly hunting for.

2) We need to stop calling games about real (and recent) wars “fun”, “exciting” or “entertaining.” It’s fine for a game about a war that took place 500 years ago to aim for entertainment; those wars have long passed into the realm of academia and abstract thought. However, wars that we should be remembering with sobriety, such as World War 1 and World War 2, should not be treated as an outlet for entertainment.

The world is still, to this day, feeling the ramifications of those wars, which were unprecedented in both size and destruction. The fact that the various militaries and governments of the day framed those wars as “adventures” in their propaganda to attract conscripts should make us all very aware of the way that similar language is used all too often to describe the video games made about those wars. The more that we allow game developers and publishers to frame their depictions of these wars as exciting adventures, the more we’re encouraging our children to see war itself as a game. Which brings me to the next point:

3) We need to be more vocally critical about games that tackle the topic of war also behaving like propaganda. It’s important to understand that the “light in the darkness” rhetoric that is used in too many video games to describe the allies is, functionally, propaganda. That’s not because the side that they were fighting against necessarily had a moral justification for their own actions (particularly with regards to World War 2), but rather, the world is in danger of forgetting that the behaviour of the allies was itself deeply questionable, and the way that video games ignore that behaviour and conduct completely in order to heroise the military instead can only lead us all down a dark road.

It’s important that we remember that video games are arguably the most influential media, particularly within the youth. There are kids walking away from the likes of Battlefield and Call of Duty genuinely convinced that they’re an accurate depiction of the respective wars, and this is downright dangerous. There needs to be a far more robust discussion about how these games handle the war, versus the reality of it, and we need to stop giving developers and publishers a free pass in how they describe these games.

I know it’s hard to see value in games, where there’s an unending pressure to play everything that is released (the games industry is brilliant at fostering the FOMO reaction in people). When most people make jokes about the size of their backlog, it’s hard to break away and be comfortable saying you play fewer games, but actually play them. But it’s what we should all be aiming for. Art isn’t meant to be a product, and art isn’t meant to be consumed. Those of us who believe that games are art, rather than products, should see an inherent, intrinsic value in them well beyond the asking price (even when we don’t end up liking them), and therefore shouldn’t be waiting for discounts. Just as you don’t wait for a discount before going to an art gallery, or theatre performance, or buying a painting or photograph to hang on the wall (because these things don’t have discounts, for a very good reason).

It’ll mean you own – and likely play – fewer games. But that’s okay.

5) Finally, and somewhat related to the above, we also need to stop fixating on how long a game is in determining its value. So many games are artificially bloated out in length because developers and publishers feel this need to deliver minimum play times well beyond what the game’s theme, concept, and narrative, are worth.

Think of it this way; 1984 and Animal Farm, by George Orwell, are both relatively brief novels, and yet both pack an intense thematic punch. So much so that they’ve remained right at the top of our society’s collective mindset ever since. Now imagine if the publisher told Orwell that these books needed to be at least 200 pages longer, each, in order to meet the minimum “read time” that “readers” demanded. Would the result be the same quality? No. They would become books bloated with unnecessary words, scenes, characters and events, and the books would end up becoming horribly-paced trash.

That’s not to say all books need to be shorter. War and Peace, for example, absolutely has to be the length that it is. But we need to start applying the same respect we have for books, to games. If a game’s theme and narrative only needs four hours to share, then we need to accept that it’s a four hour game. And, just as War and Peace and Animal Farm cost the same in bookstores (because in literature we understand that price and quality is not determined by length), so too we should be accepting that a four hour game is intrinsically as valuable as a 100-hour game.

Going into 2019, my greatest concern with video games is how commodified and productised they’ve become. People love to vocalise that “games are art”, when it suits their conversation at the time. Usually, it’s when someone from outside of games has been critical of games or dared to suggest they’re not art (hello, Roger Ebert). But if you’re going to acknowledge that games are art, then it’s important to treat them as such as well, and it’s my hope in 2019 that the conversations that we have about video games, particularly as I’ve outlined above, shift away from talking about them as products, and instead consider the social and cultural value of them, and the contributions they make to the overall body of the arts.

It’s a hope against hope, I know. But I’ll be doing my bit, you can be sure of that.