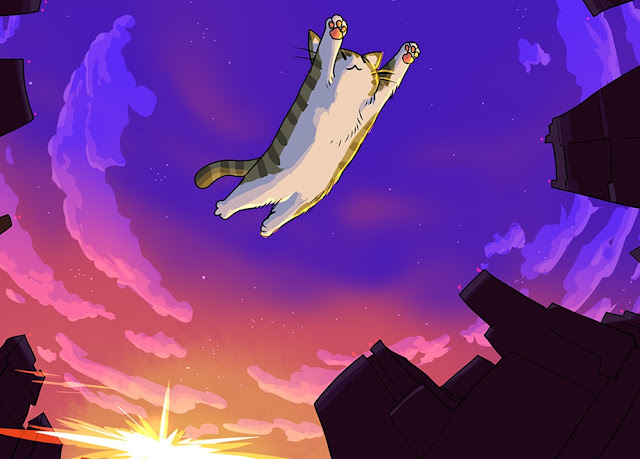 Developed by Japanese indie dev DeathMofuMofu, Neko Navy is a charming and quirky side scrolling shooter or SHMUP which offers up a relaxing way to enjoy one of the most enduring genres in gaming. It’s a quick journey with seven levels, three difficulty modes and an endless mode, as well as a few different characters to unlock and choose from. Most outlets have mentioned the game’s lack of innovation in its original PC release, but having played through the game on Switch, there’s a lot of clever design choices running under the hood that make the experience of playing Neko Navy much better than you’d first expect.

Related reading: Our review of the original release of Neko Navy on PC

Neko Navy is a game for diehard fans of the SHMUP genre. It’s also not a game for diehard fans of the SHMUP genre. Let me clarify. One of my favourite games of all time is the original Gradius for the NES. I play it all the time. Or more specifically, I play its first one or two levels all the time. At this point I know where all the enemy spawns are, when to get each upgrade, which areas are safe and which aren’t – it’s like a comfortable dance I know all the steps to. And yet, it’s still so punishingly difficult that my average run lasts about five minutes and doesn’t get a third of the way into the game. In the five minutes between hitting start and watching my little Vic Viper explode, I’m kept right on the edge of my seat knowing that I’m just one wayward flick of the control stick away from death.

Whereas my comfort with Gradius had to be earnt through dozens of trial-and-error attempts, I got that comfort from Neko Navy on my very first run. Enemies appeared in patterns and locations which were – and there’s really no better word for this – sensible. They were enough of a threat to be challenging and force you to move, but not surprising or menacing enough to cause me any stress. It gives you the feeling of playing a shooter that you’ve already mastered. 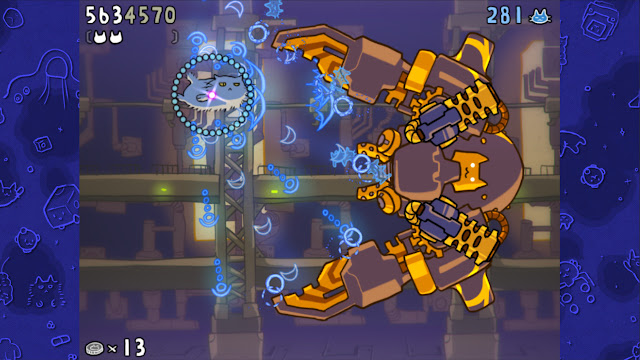 It helps that the game mechanics in Neko Navy are familiar and unobtrusive. Levels scroll to the right and enemies appear in patterns. Your normal shots cover most of the screen, while enemies die easily and only shoot sparse, slow moving bullets. You have access to a recharging screen clear bomb that you’re very much incentivised to use, and while there are a few different ships (or more accurately, cats) to choose from, most play in fairly similar ways and ultimately it’ll come down to personal preference.

In today’s landscape of Touhou style bullet hell or danmaku SHMUPs and DoDonPachi style manic SHMUPs, Neko Navy comfortably straddles the best parts of each. Some elements, such as the small player hitbox and bombs seem more akin to danmaku design, but others, like the fast bullet speeds and positioning based boss patterns, bespeak a different design philosophy. Whenever the developers seemed split, it seemed that they picked the option that would be most accessible. Even in the game’s most difficult mode (the ominously named DEATH difficulty), there are plenty of continues and nothing feels too harsh.

For this reason, although this game doesn’t offer much new to the genre, and even though it won’t be a skill tester for seasoned fans, it does still feel very much informed by the games which came before it. The game’s seven levels and bosses are well crafted and provide an interesting challenge, and while it’s nothing revolutionary, there’s something remarkable about how much I enjoyed the game despite its simplistic nature. 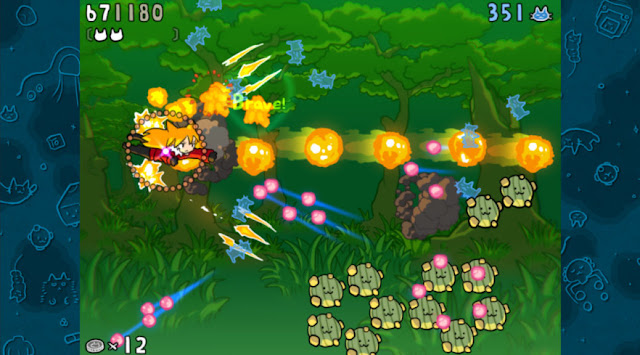 Perhaps it’s the graphics, which are the cutest pastel animations available on the Switch. Perhaps it’s the soundtrack, which are reminiscent of the bouncy bright sunshine of a visual novel opening. Or maybe it’s the level design, which eases on the challenge in its goal to avoid any one abrasive moment. But just as I will likely return to Gradius for as long as it gets re-released, I’ll also keep coming back to Neko Navy because it’s just such a comfortable game. If you compared SHMUP fans to jugglers, the genre’s constant stakes-raising in the last two decades would have seen them taking on flaming batons and then broadswords, crystalware and then faberge eggs: challenges getting more tense each time and making the feeling of failure ever more catastrophic. And in to those players attuned to punishing difficulty and high expectations, Neko Navy feels like three soft hackysacks and an earnest request to have fun. Anyone can play it, anyone can enjoy it, but for the lovers of the SHMUP genre, this is home.

Fairy Fencer F has a release date on Nintendo Switch, and it is right around the corner