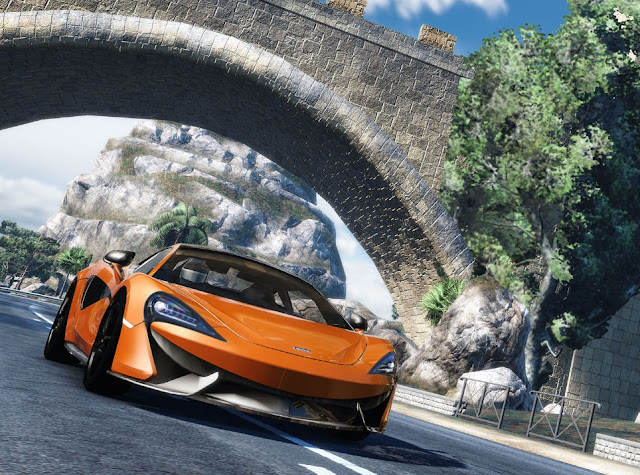 Gear.Club Unlimited 2 is truly astounding. After the first game demonstrated that the developer was on the cusp of taking its mobile racing engine to the next level, this sequel has taken such a step backwards that it’s genuinely difficult to imagine how it happened. The team had every opportunity to have the first must-have, premium racing experience on the Nintendo Switch. Instead, by rights this release should mark the end of this property.

Related reading: Our review of the first Gear.Club Unlimited on Nintendo Switch

Even if absolutely everything else about Gear.Club Unlimited 2 worked like a song, the loading times alone are enough to kill any enthusiasm for the game. Gear.Club is meant to be all about fast cars hooning around courses designed for speed, but when you need to wait upwards of a minute for every track to load, the rhythm and tempo of the overall experience immediately falls completely out of whack. This is especially true when you also factor in the car customisation. I dreaded having enough cash to upgrade my car, because it meant another long loading screen going in, and another long loading screen coming out. All for an upgrade that takes a couple of seconds to implement. It’s been a while since I last played the original Gear.Club Unlimited, but the loading times could not have possibly been this bad. There’s just no way I would have tolerated these kinds of wait times.

Once you’re finally into a race, the first thing that you’ll notice is that the environments look nice enough. So, credit to the developers, the loading times are apparently because they got over-indulgent with the art assets, rather than a consequence of shoddy optimisation. Tracks are also extended far longer than they were in the predecessor. Now a track takes long enough to complete that you feel like you’ve done some racing at least. This is the good – the extent of the good with the racing experience.

Longer tracks are a positive sign that the franchise is moving out from its free-to-play mobile shadow. When the monetisation of your game involves new cars, currency and new racing opportunities, the ironic flip side is you don’t want people spending too long in the races themselves. They won’t be spending money while in the middle of a race, and with mobile, every second of engagement needs to be carefully balanced between giving players gameplay, and giving them the opportunity to buy. Gear.Club Unlimited 2 is a straight-up premium release, so the developers were able to be more indulgent in providing extended races.

Unfortunately those longer tracks also demonstrate an embarrassing lack of creative design. Every track pulls up the same kind of hairpin turns, the same speedy curves around roundabouts, and while there’s something new introduced every once in a while, the tracks come across as so completely uninspired that I thought they were randomly generated. Yes, there are a lot of tracks to grind your way through, but it becomes such inane drudgery so quickly that I’d be surprised if many people are inspired to get all the way through it.

There’s also no challenge to the single player racing whatsoever. This is partly because AI racers follow a single, neat racing line and show absolutely no indication of “intelligence” whatsoever. The only way someone halfway competent at a racing game could find this AI a challenge is if they haven’t been keeping their cars upgraded enough. It’s not the only reason there’s a lack of challenge, however. Gear.Club is too easy because you’ve got the unlimited capacity to unwind a section of track and keep racing it until you get it right, so mistakes are rendered instantly redundant. (Or, at least, if there are limits I never figured out how many, and I certainly never hit the limit). This kind of feature has been used effectively in other racing games in the past, and isn’t a bad feature when used in a limited capacity, because it can help people get through tracks they find difficult to navigate, but when you can continue using the rewind as frequently as you like, there may as well not be a race at all. The game should just give you the first place trophy from the start. Cut down on the loading times. 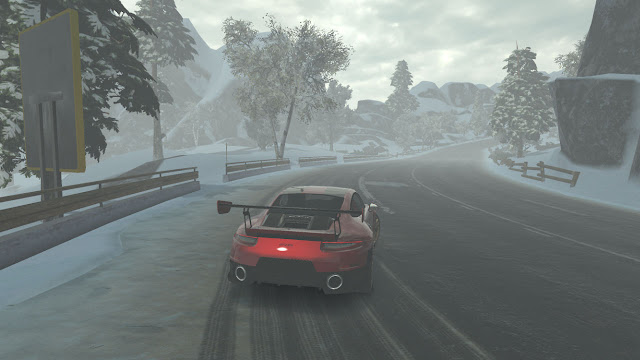 The saving grace might have been the multiplayer mode, where you can form race clubs and slowly work your way up online rankings to be the best in the world. It was certainly the highlight of the first game. Unfortunately, most of the online racing features are “coming soon” and not currently available on the console. Even once online has launched, however, Gear.Club Unlimited 2 simply doesn’t feel as much of a joy to race in as the original. The original wasn’t perfect by any means, but cars felt good on the road and the competition was heated. Here, even the highest quality, fastest cars have a sluggishness about them, and while one of your favourite manufacturers is probably represented in the game’s extended licensing, chances are the racing won’t feel anywhere near as good as getting yourself that favourite car in real life and engaging in some… actually, no, let’s not go recommending people break the law.

The cars don’t even look that great on the track. While there’s been some effort put into the environments, and the lighting in particular looks lovely when you break through the trees in a forest circuit, or crest a hill into a view of the setting sun, the cars aren’t nearly as clearly defined on the track. AI racers all follow that neat little line, one behind the other, and there’s never that visual excitement of dynamic jostling for position that you get from better racers. Worse, there’s some odd bugs that pop up from time to time. When I’m racing on an off-road track, for example, AI cars have a weird habit of just floating around the track, a little bit of daylight between the wheels and the ground. I think this is a result of the physics engine not handling rough up-and-down ground well (i.e. creating small “jumps” that the other cars don’t respond well to), but it’s a distractingly cheap look that speaks to the overall standards of the game.

I’m still waiting for a great “serious” racer on my Nintendo Switch. I’d love to have one that even closely approaches the standards of the likes of Assetto Corsa, Project Cars, or the F1 series from Codemasters. I know the Switch has issues with that genre because analogue triggers help make for an authentic racing experience, and the Switch doesn’t have those. But, still, surely the console can do much better than Drive.Club Unlimited 2. This is just unacceptable.

Smash Bros and all the exciting announcements from The Game Awards (Digitally Uploaded 2018, Episode #44)