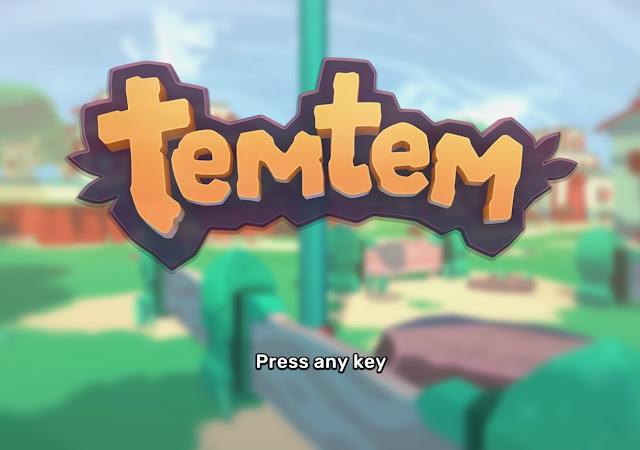 Over the years there has been many games that have tried to replicate the ever-popular Pokémon formula, which has captivated millions across the world. Most fail to surpass being tagged as a ‘Pokémon clone’ and are often forgotten about by the time the next Pokémon instalment releases with its tried and true formula. That said sometimes video game genres just need a breath of fresh air, and based on an early hands-on, this has arrived in the form of Temtem.

The Kickstarter for Temtem launched at the end of May and it has vastly grown in popularity since then. The developers are promising a game that, whilst mechanically similar to Pokémon, is also its own unique experience as an MMO. Yes, that’s right – an MMO Pokémon. That is incredibly ambitious on the part of the developer.

The game is set on the six islands called the Airborne Archipelago, which is a land so beautiful with its vibrant colour palette that allow the natural wonders of the world to pop. It’s in a small, humble town in this land that you begin your journey as a Temtem tamer. Before your journey even begins you have to customise your character. Whilst the options are rather limited it in the alpha, it was still a pleasant surprise to see how many options were available to the player. All of the unique facial features, hair styles and body types seemed to be available to players of all genders, which was a nice change to being stuck with the stereotypical body type. 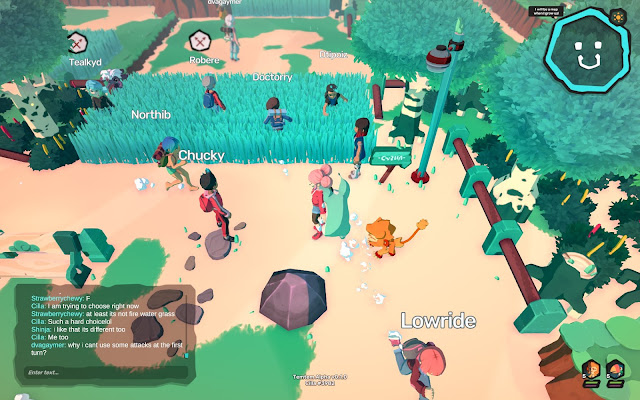 The beginning of the story plays similarly to Pokémon as it is your first day as a Temtem trainer. It is not long until you have bid farewell to your parental figure, met your rival (who I must say is enjoyably much more annoying than the recent Pokémon rivals) and are on your way to a specialist college for Temtem tamers. It goes without saying that one of the most important aspect of a game about catching and battling monsters are the monster designs themselves, and those are often marvellous. Due to the fact that the alpha is limited in scope there are, at the time of writing, only around thirty Temtem that have been discovered, but if these designs are anything to go by, the rest of the roster is something to look forward to indeed.

The Temtem are all met during random encounters. It’s a classic mechanic that is entirely expected, but nonetheless a bit of a downer after spending time with Pokémon Let’s Go, which replaced the random battles with having pokémon visible right there on the overworld. Once you’ve caught a Temtem, you can do exactly the same with it that you do in Pokémon – you add it to your party of six, and then take it into battle with other trainers or human players.

From the start the developers of Temtem were adamant that there would be no RNG in their battle system as strategy should play a bigger part to luck during a battle. This means that moves in Temtem do not miss – and that is a significant change to the formula in Pokémon, especially given that a number of the more strategic moves would mess with those percentage chances to hit. To counter this the developers implemented a mechanic called “stamina”. Each move is assigned a certain amount of stamina points with hard hitting moves assigned a higher amount of points, and all attacks cause that stamina meter to deplete. There is nothing stopping a player from spamming powerful attacks but once the stamina is depleted, the Temtem loses a significant amount of health every turn due to overexerting themselves. Therefore, it is worth taking a strategic approach when choosing to attack – firstly to occasionally use weaker attacks to conserve stamina, and then at other times to take a turn to rest, which restores it. 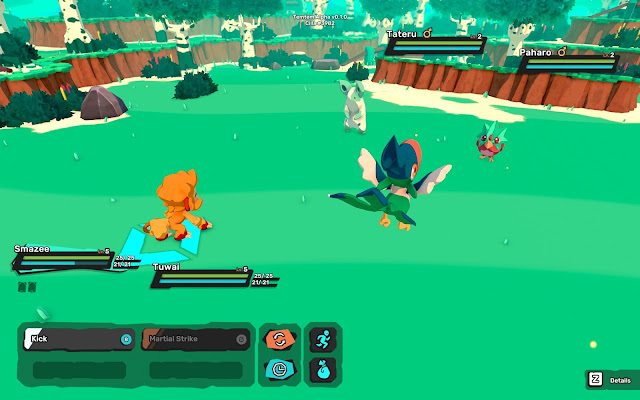 One of if not the most exciting aspects of Temtem is the fact that it is an MMO. Seeing other players running around towns, choosing their first Temtem and encountering wild Temtem was a fantastic experience. Temtem promises a range of exciting activities that you can do with other players such as clubs and games. However, just the fact that you can battle other people as they play in real time is exciting… and something that the Pokémon community has been crying out for for a very long time now. There were calls for a Pokémon MMO as far back as a decade ago when World of Warcraft dominated every headline.

There are issues with the game in its current state, of course. It’s only in alpha, after all. Occasionally the game took awhile to load initially which I put down to not only it being an alpha but a heavy server load. I also ran into a bug where when I interacted with an item box my game would freeze. I could still talk to others, but I could not resume playing the game. It is also clear that the game is still being worked on, and there are so many more features that still need to make their way into the game.

There is no doubt that whilst Temtem is inspired by Pokémon, even in this early state it easily stands on its own in a way that has previously not been seen. The developers have clearly put a lot of love into what they’re doing here, and while there’s still a lot of work that needs to be put in yet, there’s also plenty of time for that. The goal isn’t to have a public release until 2020, after all, and if what has been shown already is anything to go by; Temtem is not a game that should be slept on when the time comes.