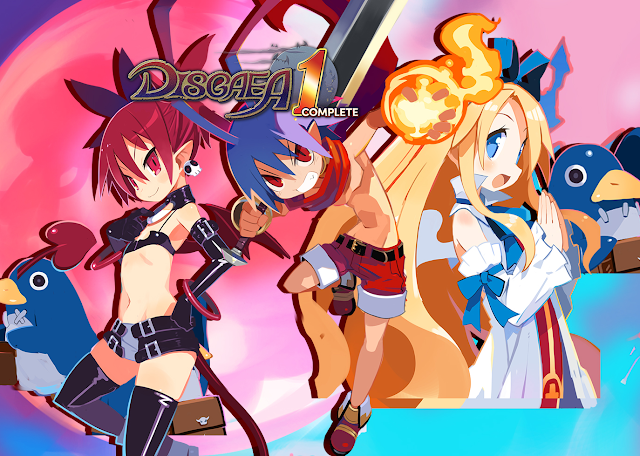 The Disgaea series has evolved significantly from its first title. It has retained the same dark humour in telling stories about the various conflicts of the underworld, but in terms of how it tells those stories, and the game’s various mechanical systems, if you play Disgaea 1 and Disgaea 5 back-to-back, you’ll notice a significantly expanded work in the latter.

With that being said, Disgaea kicked off one of the most enduring and successful tactics JRPG franchises for a reason, and with Disgaea 1 Complete, it’s now on modern platforms, and looks the part. It’s a modern classic, and it’s essential.

Disgaea 1 stars Laharl, the son of a recently-deceased demon lord, who then goes off on a quest to acquire his rightful title as the new lord of the area. Naturally, he comes across plenty of other demons who have decided to get in the way of him achieving this goal, and, like any good demon, goes about putting those puny weaklings in their place. 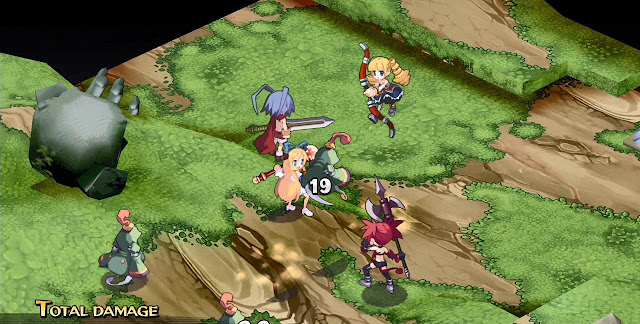 Naturally there are all kinds of twists and turns in there, not least of which involving Laharl’s heritage and the impact that has on him. Disgaea offers a fairly lengthy story, despite the actual moments of story exposition being brief by comparison to later titles. There’s just so many levels to play through that you get to know all the characters quite well. Disgaea is best played in Japanese, because the English voice acting comes from a time where English voice actors for anime-style games tended to lean on the grating side of things, but otherwise the game still retains the franchises’ trademark sense of humour and less-than-subtle inversion of fairy tale tropes.

The lack of subtlety through the narrative applies to the combat and design of Disgaea, too. Most people – even those that haven’t played a Disgaea title before – are aware that this is that tactics JRPG series where characters can be levelled up to level 9,999, and as they get up there, the amount of damage they can inflict on enemies is truly obscene. You won’t have to get anywhere near there to finish the primary story, but there’s a randomise “item world” to explore and use to level up your characters and their equipment. Most Disgaea players spend a lot of time in there simply grinding away because the rapid growth curve of characters is great fun to watch.

It’s not all about ridiculous combat damage, though. Disgaea offers a complex combat system, which many have found prohibitive over the years. Those people might want to try Disgaea 1, because it’s the most accessible as far as that complexity goes, and from here you can build into later entries. Character placement is important because allies can “jump in” to help out an attack if they’re positioned next to a hero when they launch into an attack. Levels also have coloured areas which can affect combat results (generally in a negative way to Laharl’s side), which can be messed with through the manipulation of special blocks around the environment. Building the ideal team of characters has its own complexities too because you’re effectively unrestricted in your ability to create new fighters of just about every type. 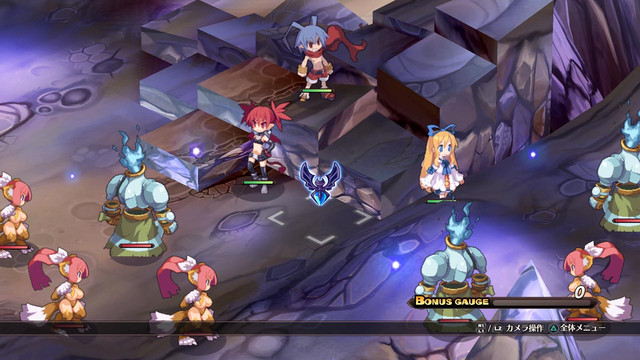 Then there’s the ability to level up equipment, and every piece of equipment – even when it has the same name – has different characteristics and boosts. Messing around in the menus trying to maximise the strength of your combat team requires a great deal of time investment, and while some will find it all too finicky to bother with, it’s genuinely enjoyable to see it all click together.

For the remaster, all of this is brought together with the HD character sprites. Disgaea 1 Complete looks as good as any Disgaea title has looked, with nicely detailed characters and colourful environments. The only area where it is limited in comparison to later titles is in the special attacks. Nippon Ichi have become a lot more creative with these in the years since, and it’s a pity that the team didn’t use the remaster as an opportunity to put a couple of new ones in there for the sake of variety.

The Disgaea series doesn’t have enough continuity from one title to the next to say that you “must” play Disgaea 1 before taking a crack at later games in the series. But of all the Disgaea titles, Disgaea 1 is the one least likely to overwhelm people who aren’t deeply familiar with tactics JRPGs and complex JRPG systems. For this reason, this remaster is the perfect entry point for the curious, and anyone interested in the history and heritage of Nippon Ichi’s premier franchise will get a kick out of it too.