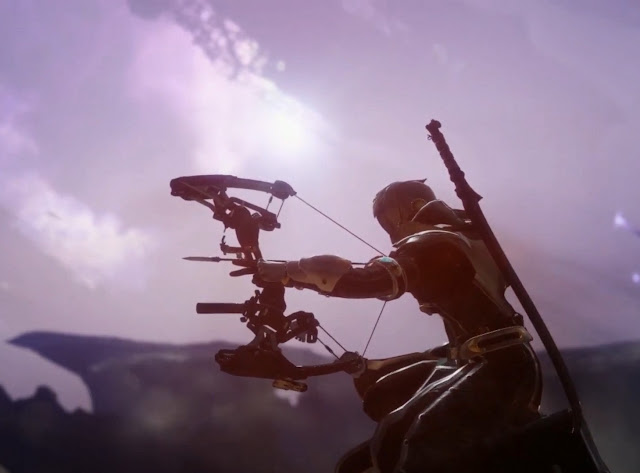 Have you ever gone to the movies and just wanted to stick your whole entire face under the popcorn machine? Sweet simple carb rush, breezy airiness of a mostly empty product, and the guilt of having to go for a jog to burn off all that slobiness but also knowing you won’t because exercise means outside and outside is bad (am I right or what?)

And if Destiny 2 is salty cinema popcorn, its Forsaken expansion is like if they got rid of the familiar butter flavour goop and replaced it with caramel. It’s the same stuff inside, but it’s also completely different and a little confusing. 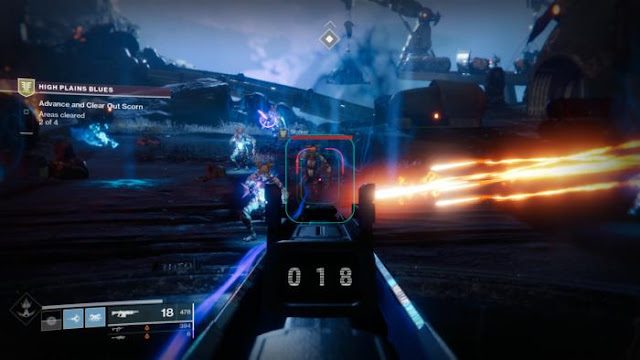 Forsaken, the latest expansion for Destiny 2, is an interesting swap and shift of the base game, changing a range of things under the hood, above the hood, and doing it all just because. At the very least the writers added some more “plot”, but overall the expansion is mostly about adding more stuff to do and to do it differently.

And what a plot it is. The famous Cayde-6 is the focus. But there’s a twist. The previous voice actor – quite famous space cowboy Nathan Fillion – couldn’t reprise the role due to schedule conflicts apparently, so we’re stuck with a slightly off-brand replacement. Now, I like Nolan North – who also voices your robo-sidekick cum lockpick –, and he does a very good job with a role that isn’t his own, but the voicework is off enough that it very nearly ruins the already tenuous connection I’m meant to have with the character. And when the basis of your connection with the character revolves almost entirely around their very specific voice, it complicates things.

But hey, the cutscenes at the start are good, showing lavishly choreographed and produced fight scenes and formulaic but polished shots designed to exploit the emotions. New characters are introduced, old characters return, and Cayde dies in spectacularly tropey fashion, just going to show that Bungie has cinematic talent within it, and a huge budget. 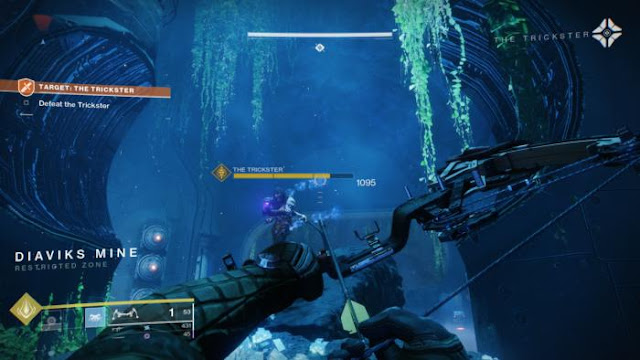 The first mission itself is actually well laid out – more intimate and personal than anything previously seen in Destiny. There’s a camaraderie built here between yourself and Cayde, which would be lovely if it wasn’t so transparently hollow in its attempt to get you to care about Cayde so soon before his ultimate demise.

The driving force throughout the plot is vengeance, which falls down for me because I feel literally zero connection to Cayde as a character. I couldn’t really care less that Cayde is murdered by a guy who was in the first game and who all of a sudden went evil. I liked Cayde’s jokes while on strikes, but if I want to hear them – and here’s the thing – I can always go back and replay those strikes because even though Cayde is dead he can still talk to me during the old strikes which I have to replay anyway to get more loot. 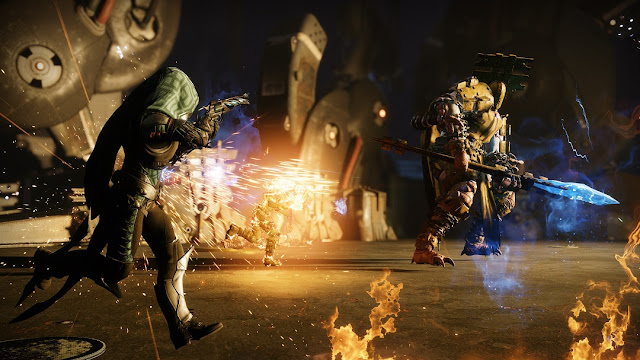 Cayde doesn’t feel dead, and to base an entire story around them being dead even though they’re still there fundamentally undermines the narrative Bungie are trying to tell.

More interesting is the new stuff that’s been added to the game. Two new patrol maps in the Reef, one of which – The Tangled Shore – you gain access to immediately. It’s a visually bland area, washed down in purples and greys, but its geography is varied enough to remain interesting. There are holes and gaps everywhere, emphasising its floating nature, and that adds enough spice to be exciting in a firefight.

You navigate the new story missions, which are mostly search and destroy bounties but varied enough to be fresh, with the help of the new hub NPC Spider. Hands down the second most interesting thing about Forsaken, Spider is a Fallen arms dealer warlord modelled completely on Apocalypse Now’s Colonel Kurtz. His world activities aren’t the typical “good” fair we’re used to, instead focusing on killing and taking from his personal enemies so he can obtain more influence in the area. He’s interesting, mostly because Kurtz is interesting, and it adds a nice twist to the formula.

But the standout addition is the new area The Dreaming City. It’s a bizarre mishmash of beautiful serenescapes and dark hallucination, tied together with weird goings on and an altogether strange vibe. It’s the most active place in Destiny 2 at the moment, and with good reason. There are mysteries here, and the landscape changes almost weekly.

Also added in Forsaken is a new enemy class – the Scorn. They’re a mixup of Fallen with different abilities and they’re interesting to fight for the first few hundred times before they fall back into a pattern of shoot and repeat.

Better is the new bow weapon class. Strong enough to one-shot most mooks but fast enough so DPS doesn’t fall off too far for bosses, bows are above all fun to use. They fill a very slim niche, and you won’t see them in PvP, but they are cool and fun and damnit I love a good bow. 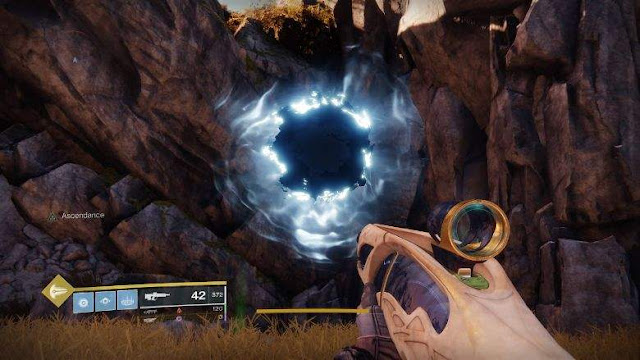 There are also new subclasses, although you’re pretty much limited to choosing one of them at the moment. Some are way more unbalanced than others. Either way, the nature of Destiny 2 means they’ll all even out somewhat as the meta gets balanced.

Gambit is the new PvP/PvE hybrid mode added, and it’s another strange melange that adds something to someone’s experience somewhere. You shoot enemies and collect dropped items and fight off PC invaders while disrupting the other PC team and it’s all very strange but kind of entertaining for a while. It’s also tied completely to one of the new exotic weapons, so you can’t ever escape PvP if you want cool new stuff.

There’s also a new raid, but I haven’t played that because I haven’t got the time or friends to organise a raid party and you can’t solo raids. 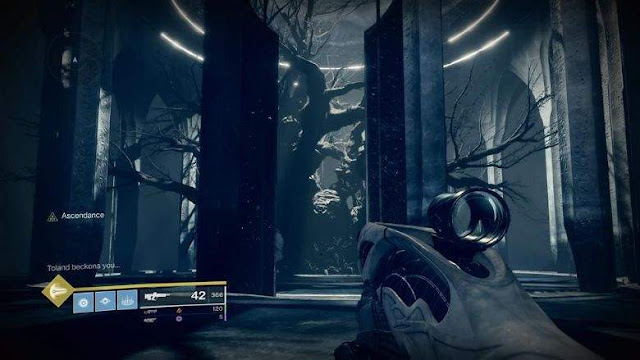 A lot of the changes happened mechanically though. A new weapon upgrade system is introduced, costing different existing currencies. The main sticking point here is you now need masterwork cores, which have somehow become more scarce until after you’ve beaten most of the story and therefore should be running around with better gear anyway. Ammo has been overhauled with different classes of weapons using specific ammo instead of being tied to the old kinetic/energy system. And you can now equip any class of weapon in any slot, provided it still fits into kinetic/energy/power. Old weapon mods have become useless and are replaced with a more streamlined system. You can also recall any gear you’ve acquired, as long as it doesn’t have a random perk.

None of this is explained, either, so good luck figuring it out.

In fact, that feels like a theme for Destiny 2 and Forsaken. Everything is new and different and unexplained and for someone like me who doesn’t play it every week it’s completely alienating. For the majority of the time I had no idea what was going on with the new systems. It took me until endgame (and reaching the new level cap) to figure out some essential things, and some I still don’t quite understand even after building my Light up quite high. 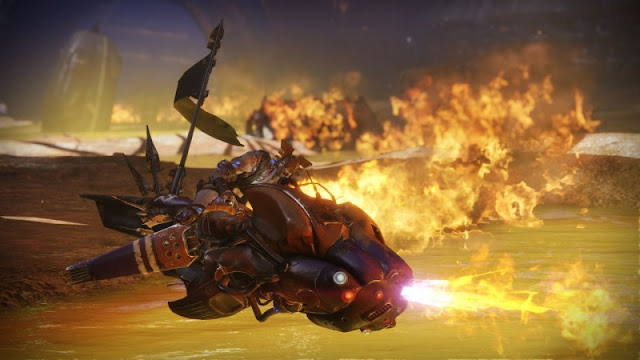 Destiny 2 Forsaken is a whole new game, a whole lot of game, but it’s also the exact same game. It’s “fun” – Destiny always was – but it’s a loop of endlessly increasing numbers and loot and numbers and loot and more numbers and not enough numbers and I just don’t know why I’m doing it anymore. There’s just more and more and I’m grinding up against a wall for no reason other than my lizard brain is telling me repetitive activities that immediately stimulate serotonin and norepinephrine production is good. It may be a new formula. It may have more content. It may be a nice change. But it’s still popcorn.

Destiny 2 keeps adding more stuff every week and my junk food diet is killing me.