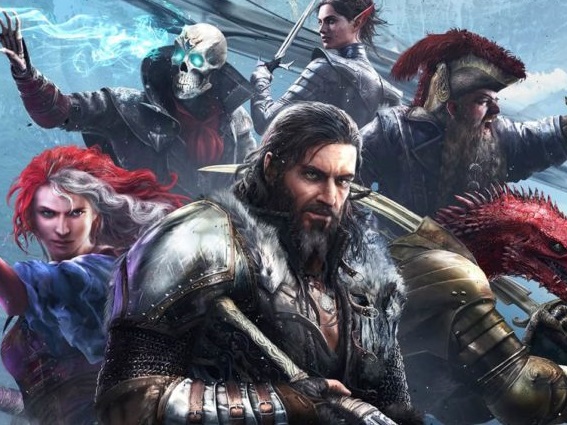 As a child, I spent more time than was healthy being utterly enthralled by the old Dungeons & Dragons PC titles. From Eye of the Beholder and Wake of the Ravager, through to Strahd’s Possession and, later, Baldur’s Gate, I would play and replay these games, to the point where I had every nook and cranny within them memorised. I’ve become increasingly disillusioned with the way western RPGs have evolved (I enjoyed Skyrim and Mass Effect well enough, but they weren’t exactly Baldur’s Gate), but running concurrently to those modern releases in recent years has been a revival of the old RPG that has absolutely delighted me. Wasteland 2, Pillars of Eternity, and Torment: Tides of Numenera have all been both remarkably nostalgic, and proof that there’s still modern relevance in old RPG design. Within that sub-genre Divinity: Original Sin 2 might just be the best of them all.

Related reading: Our review of the first Divinity on PlayStation 4.

Divinity does absolutely everything that you would expect of an “old-school western RPG”. It offers a genuine attempt at non-linearity, with most problems solvable in a number of different ways, and more side quests and narrative arcs than is possible to experience on a single play through. This is the kind of game where you could spend a weekend of real time just exploring the first town, speaking to everyone and having new quest options thrown at you at every turn. In fact, the goal in the first town is to “escape” (according to the backstory you and your party are prisoners being sent to a jail island), and as you’ll quickly discover, there is something like a half dozen ways to do that, each with branching narrative and tasks of their own to complete.

Freedom to tackle challenges based on your preferred play style, and to suit characters that make up your party (there are more options for allies than there is room in your party), are hallmarks of the traditional western RPG. It doesn’t make for efficient game design, since any given player will inevitably miss out on vast reams of potential quests and conversations (and even areas to explore). On the plus side, this approach also encourages players to really pay attention to the spaces that they’re moving through, and as a result, the developers end up providing an incredibly immersive experience. 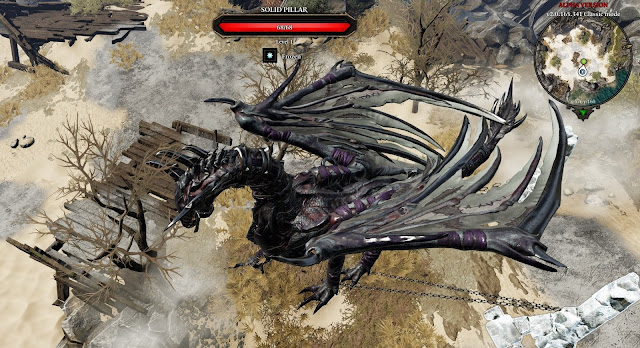 It’s worth noting, however, that Divinity is distinct to an “open world” game, as such. The world is broken down into a number of locations, each of which behaving much like a “stage” or “level”, and most of the world is locked off until there’s a narrative reason for you to experience it. This is a better approach to game design than open worlds will ever be. Divinity provides the full sense of openness that the open world genre claims to offer, but with none of the superficiality. There are no useless icons plaguing up the map, forcing you to run all over the place to stupid tokens or complete inane tasks just to make the icon go away. Every activity you are given has some kind of narrative impetus behind it; you’ll speak to someone, they’ll ask you to do something, and then you’ll be rewarded for the successful completion of that activity. Often with access to the next area, and next set of potential tasks to complete. Divinity’s quests are not always the most exciting or original in terms of the underlying mechanics. Many of them are glorified fetch quests. But the stories woven into them do a masterful job of justifying their place in the game, and giving players a sense of potency to their actions. It really does feel like you’re participating in world-shaping events.

Each of the characters that joins your protagonist on his or her quest has a quality backstory and set motivations of their own. They can be quite dark characters and stories (the lizard prince slaver, for example), but they’re exceptionally well written and performed, and original enough that they set Divinity apart from other classic RPG characters. Divinity is fully voiced (and there’s even a narrator that voices the descriptions of environments), which must have been a mammoth undertaking by the developers, so it’s testament to the game’s success that it so rarely misses a beat with its performances.

Where some people will struggle with Divinity is in its difficulty. It’s quite unapologetic in how hard it can be, and is all-too-willing to punish players right from the very first battle in the tutorial. It offers a turn-based combat system, which is heavily focused on the use of skills and the surrounding environment to overcome enemies that generally have an advantage both in numbers and strength. The typical set piece will involve lobbing barrels of oil around to set fire to, taking advantage of higher ground, finding ways to shield weaker spellcasters, and making heavy use of buffs to give your characters in melee a fighting chance of withstanding some withering physical attacks. Another testament to the effort poured into Divinity is that almost every combat encounter feels significant. In so many RPGs the boss battles are the highlight because they often include environmental or strategic quirks that the mundane enemies do not, but in Divinity, just about every battle offers you the opportunity to play with environmental effects and approach the battle strategically. 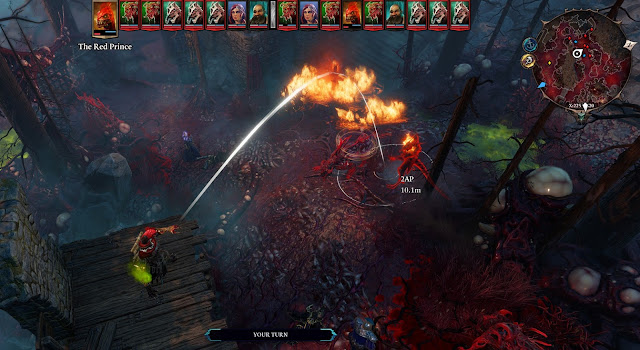 What this does to pacing is what will make or break Divinity for most players. This is a slow burner, where you could easily spend an hour simply wandering around talking to NPCs, or restarting a battle a half dozen times to avoid a party wipe-out. In a modern environment where even the supposedly cerebral RPGs are increasingly ramping up the pace to provide instant gratification, the appeal of something like Divinity can be easy to miss the first time around. But if you play it at the rhythm that the developers intended you to, rather than try and rush through it, its rewards become increasingly apparent.

Divinity: Original Sin 2 is for people that enjoy a well-written fantasy story, and one that they feel like they have a role in making. The open-ended approach gives players a lot of agency in weaving their own stories, and this is backed up through the character development and combat systems, which at all times reward creativity, and punish those that are not really paying attention. Divinity: Original Sin 2 is very much a love letter to the RPGs of yesteryear, and it’s a proof of how enjoyable those games can still be.