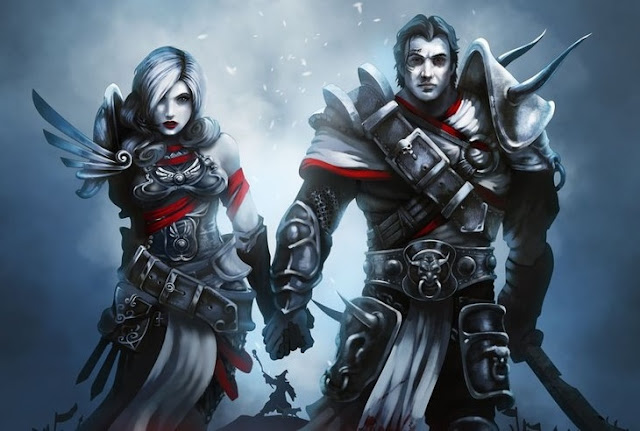 Divinity: Original Sin – Enhanced Edition somehow manages to be an even better game than the already-lauded PC original release, and it makes the transition to console – devices that are simply not used to these kinds of classic Balder’s Gate-era RPGs – wonderfully.

There is a distinct quality about the classic approach to RPG narratives. What we tend to think of as cliche now was, back in the day, an excuse for high adventure. There was always a mystery to be solved (by travelling through village and wilderness, and beating up things along the way), and whether it was discovering why beings of supreme power were hunting you down and killing those dear to you (Baldur’s Gate), or uncovering a vast, intergalactic conspiracy (Knights of the Old Republic), the better older RPGs had a habit of dragging you by the nose for a couple of dozen hours before you started to get answers.

The modern RPG is much more about giving you an immediate threat and then tasking you with spending the rest of the time to counter its many incarnations. The horde of demon-orcs in Dragon Age: Origins. The Reapers of the three Mass Effect titles (though to be fair the first Mass Effect is very much in the “old school” mould). There’s nothing wrong with this narrative approach, but one of the reasons that I think The Witcher 3 is so effective is that it doesn’t present anything but mysteries up front. 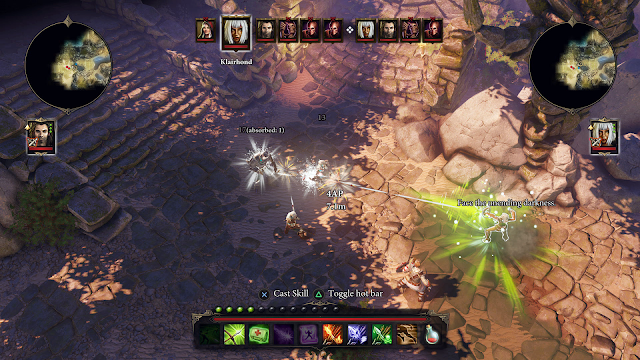 Divinity is in that similar style. It wastes no time in telling you what the threat is (and the stakes are exceedingly high this time around – time itself is facing destruction), but after that figuring out how to fix time, much less why time is under threat, is an enthralling little narrative. There are even shades of nihilism and existentialism thrown in there as the game presents various thought bubbles around the value of time to life. People often forget just how good the narrative of classic RPGs are, but were this game released back when the Dungeons & Dragons license was at its peak, Divinity would be remembered right up with the likes of Planescape: Torment.

So often, when a developer hypes up an Enhanced Edition, all they are really just talking about some graphical touch-ups, or, if you’re lucky, the DLC being thrown in for free. Here though we are talking about literally thousands of changes. Let that sink in for a moment – the original game was fantastic, but they found thousands of ways to improve upon it. Some of these are smaller, such as some changes to the UI to make reading and navigating it easier, while others include adding a boatload of voice acting to the mix. Instead of just key characters having a voice to accompany their lines, everyone does now. More than that, the voice acting is almost always good to excellent.

More significantly, there are new features in combat such as dual wielding, which add strategic depth to character development, and there are also new additions around skills, loot and even new enemies. Crafting, which was already good in the original, now has even more options. And this is another instance where the interface has also been streamlined and improved to make the process faster. 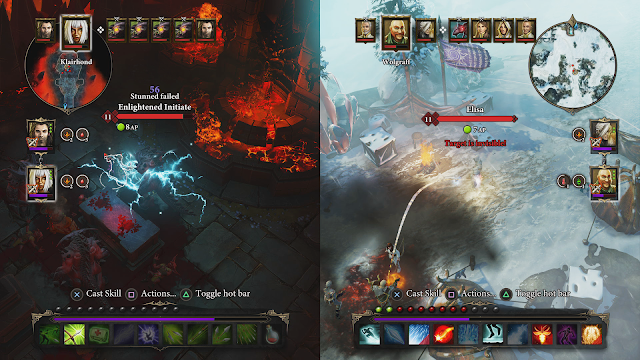 Like other titles that we might never have expected to see on console in previous generations, such as Nobunaga’s Ambition, or Tropico 5, with Divinity it really feels as though developers have figured out how to do a proper port from PC to console. I remember when the PS4 and Xbox One were first being introduced, there was talk about how much easier it would be to bring a title from one platform to another, and it sure looks as though it is true. The game handles amazingly well on console, the controller working as though the game was natively designed for them. Considering how many menus are in this game, navigating around them could have been a nightmare, but through use of triggers and radial menu, the UI becomes smooth and familiar soon enough.

What might take people longer to get used to is the challenge of Divinity, because it is of a kind that console players will not be familiar with. There’s a chance you can actually miss attacks, for a start. With most modern RPGs there is the expectation that each attack will land and do damage. Difficulty is then determined on whether you are able to do enough damage, and do it quickly enough, for the enemy to fall down first. Even more modern RPGs, such as Witcher 3 and Dark Souls, pare back the statistics even further to give players the ability to duck into and out of enemy attacks, inducing action-based skills into the survival mix. But with Divinity, there is no expectation that attacks will land at all. In fact, if you’ve got poor character positioning, and they’re equipped poorly, then attacks will miss frequently. This will frustrate console RPG fans at first, especially considering enemies seem to have fewer difficulties with landing hits in return, and it will cause the “game over” screen more frequently than they’re used to. But as a learning experience, eventually they will get better, and learn how skills, equipment and unit positioning are key to success. And that’s when Divinity ceases to be frustrating and instead become compelling, as combat set pieces offer up an increasingly complex series of problems to overcome – as much with the mind as with the brute strength of the characters.

You go into the game with two characters of your own design. The party can increase in size up to four (and you’ve got a lot of choices of who you can bring along in these quests) but the core is serviced by those initial two creations. In something of a rarity for the genre, it’s possible to sit down with this one and share those key character roles with another player, both online and in local multiplayer. The most amusing thing about this is that these characters can then have conversations, and even arguments, with one another. When one player wants to do one thing, and the other something else, a game of paper, scissors, rock will pop up on screen, and the winner being the one to decide what the party does next. If you play by yourself you can have conversations (and arguments) with yourself, and that’s just hilarious. 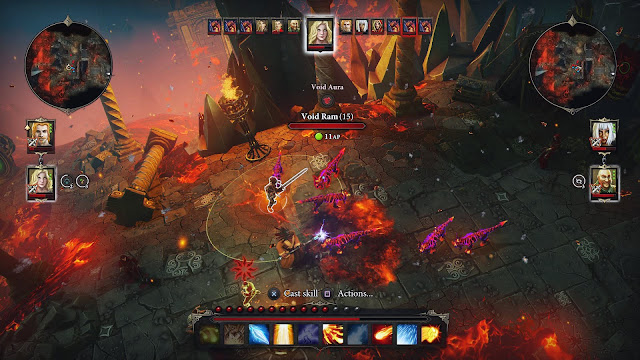 Agency over character development is a key theme in Divinity, and the world is reactive to what your two heroes say, how they say it and the people they say it to. Who you have in your party can matter when talking to people of the same town. They are small things, but together they come together to create a fantastic sense of immersion, keeping me invested in the story and the world itself.

Last year, Divinity: Original Sin was one of my favourite video games when it released. The new Enhanced Edition reminds me why, but it it not content to simply sit back on prior success. Meaningful changes were made in thousands of large and subtle ways, and the result is one of the best RPG experiences that can be found on either PC or console.