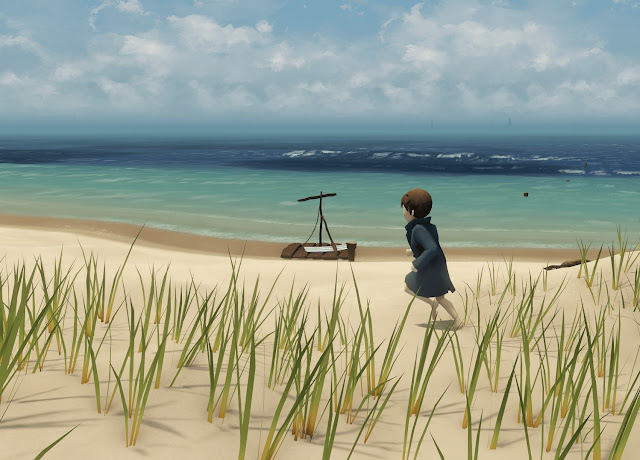 Colin Thiele’s Storm Boy is an iconic piece of children’s literature. Already adapted into a film (and with another film adaptation coming), it is one of the most well-known and respected examples of Australian storytelling, and now, courtesy of Blowfish Studios, it’s being adapted into a video game as well.

Storm Boy takes place on the beaches of South Australia near the mouth of the Murray River, where the titular protagonist rescues orphaned pelican chicks, one of whom later becomes the child’s pet and faithful companion, Mr. Percival.

Experience an interactive retelling of the classic tale by taking control of both Storm Boy and Mr. Percival in key moments, such as when the pair rescued stranded sailors during a storm. Relive their friendship and enjoy seaside activities across a wide assortment of fun and relaxing mini-games, including sand drawing, sailing, cockle hunting, playing fetch, sand surfing, pelican feeding, and more.

The game’s basically going to be available on everything, with platforms announced including Nintendo Switch, PlayStation 4, Xbox One, Windows PC, Mac, iOS, and Android. We don’t have a firm release date just yet, but it’s going to be released before the year’s out.

We have a release date for Football Manager 2019