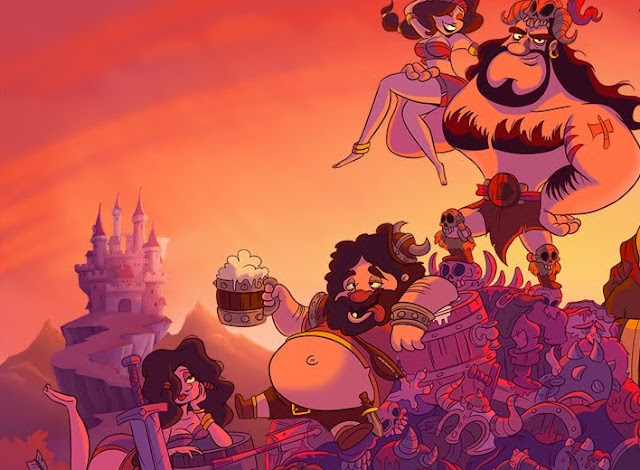 Crush Your Enemies is yet another effort at giving the Nintendo Switch a simplified “casual” strategy experience, just in case the recently-released Mushroom Wars 2 and Element weren’t enough for you. Wrapped up in a blanket of juvenile humour, Crush Your Enemies is passingly fun, but not really strategic enough for its own good.

Each battle plays out over a small area, which is broken up into little squares and superficially looks like something you’d expect to see in a Fire Emblem title. Unlike that series, however, Crush Your Enemies plays out in real time. Each town you occupy constantly generates new soldiers, and you can send them to other structures under your possession to upgrade them, and make them more powerful.

There’s actually a little bit of strategy involved in managing your troops. The more troops you have occupying a town, the quicker they’ll generate additional soldiers, so there’s always a tension between sending soldiers out to attack enemies and capture new land, and leaving enough troops at home that the production of reinforcements slows to a crawl. Manage your soldiers well, and it’s actually possible to win from a numerically inferior positions, which I always consider to be an important characteristic of a good strategy game. 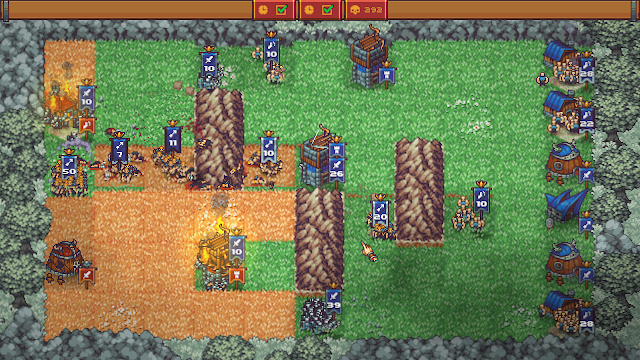 The other core element of the strategy is the way that territory works. Your soldiers can’t cross territory owned by an opponent, and vice versa. Instead, each time your soldiers walk onto a piece of territory owned by an opponent, they’ll start to capture it, with capturing sped up by having more soldiers in the group. By exploiting this, you’ll be able to protect key buildings and areas, by sending reinforcements to attack enemy groups as they’re slowed up trying to capture a path through your territory.

Battles are fast and the strategic thinking involved quick; a single mistake is generally enough to end the game, and those mistakes can happen often enough in the first hour or so, as the interface isn’t quite as clean and intuitive as it should have been. Especially when using buttons. Still, that’s an issue that you’ll overcome quickly, and otherwise the simple, clean pixel art makes it easy to follow the action.

What’s unfortunate about Crush Your Enemies is the way the levels themselves are designed. A good strategy game aims for openness; whatever challenge you face, there will be three or four different ways to approach it, and your personal idea of strategy will determine the approach that you end up taking. Sadly, Crush Your Enemies has been designed almost as a puzzle game, which each level having a very clearly defined approach to completion. The goal is simply to figure out what the level wants you to do, and then to do it. 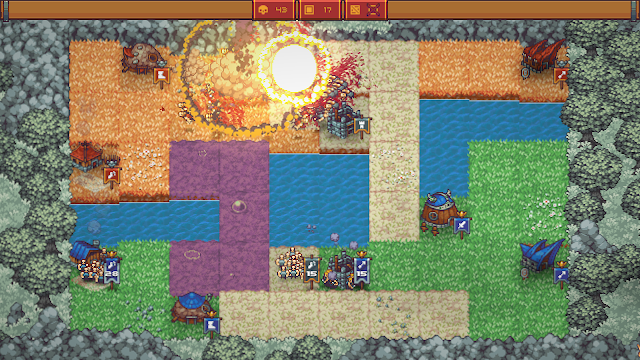 Crush Your Enemies isn’t the first strategy game to feel stifling in this way, but the small size of the levels, and the ability for the AI to absolutely steamroll your forces if you try anything else makes it more pronounced here. In fact, the predictability of the AI is perhaps the game’s greatest flaw, since winning even the toughest missions is more a matter of being able to game that AI than careful strategic consideration on your part.

At times where you find yourself getting really stuck, it’s possible to purchase items that can be used to do things such as give troops a boost in attack power, boost numbers, and set up decoys. These are purchased with beer, which is earned from each successful mission. It introduces an element of resource management to Crush Your Enemies, and links battles together nicely; there’s a sense of campaign continuity to using resources earned from one battle to make the next, more difficult battle easier. Sadly, even those boosts aren’t going to be enough to compensate for trying to approach a level in a way that it hasn’t been designed around.

The best moments of Crush Your Enemies is when you can get some multiplayer going, because those maps do give you a little more freedom, and your opponent, being human, might try things outside of the easily predicted. Sadly, I have yet to get a multiplayer game going, despite it being a new release, and this is a stark contrast to Mushroom Wars 2, where I’ve been able to play dozens of matches, and get a game going instantly from the moment I first played it. On the plus side for Crush Your Enemies, the humour and general lightness of the art makes for an easy, and fun, little strategy game for local multiplayer sessions, and the Nintendo Switch screen is perfect for this on the go. 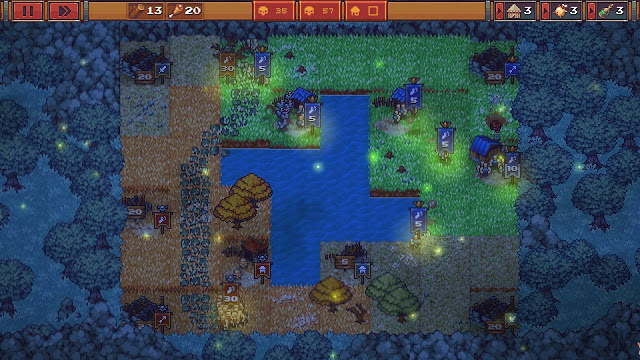 The humour is nothing that you haven’t seen before, however. Coming from the developer of the Insult Simulator titles, I expected a little more creativity in the puns, but when the first hour or so of the game is poking fun at the foppish English noble or the delinquent and perennially drunk son of a viking, it’s hard to care much about the game moving on from that. There are a lot of campaigns and therefore stories in Crush Your Enemies, but I found myself actually skipping the dialogue that bookended levels… and I almost never skip the “story bits” in games. Humour is tough and an audience’s response to it subjective, I get it, but I didn’t laugh once with this one.

There’s nothing inherently wrong with Crush Your Enemies. It’s presented nicely, has some nice, clean mechanics and is cleverly designed to be playable in short bursts of time. But it’s also a strategy game that struggles to encourage players to be strategic, and its best feature, the multiplayer, is dead on release. A complete misfire in making the humour relient on stereotypes that grew old a thousand comedic games ago also doesn’t help in giving Crush Your Enemies anything but a brief moment of forgettable fun.

An Australian classic novel is being adapted into a game