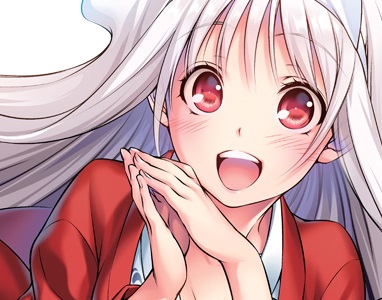 After making the announcement that it was suspending game activity earlier this week, FuRyu came back to clarify that it was only talking about mobile game development. Which is good, because now we get Yuuna and the Haunted Hot Springs: Steam Dungeon, a new roguelike for PlayStation 4 being published by FuRyu.

Based on a fairly popular manga franchise, but offering an all-new story within it, this game promises to be a classical roguelike, with all the good stuff that entails. The game itself will release in Japan on November 15.

Details of the game below:

In Yuuna and the Haunted Hot Springs: Steam Dungeon, players will take on the roles of characters Yuuna and Sagiri, and get wrapped up in various events while trying to save Kogarashi, who was turned into a doll.

Roguelike Dungeons – All sorts of events will occur! The appearance of the dungeon changes each time you enter. Explore it while defeating the ghosts that block your way forward!
Adventure – Fully-voiced from the voice actors behind the anime. An original story not seen in the original work or anime!? You may even get a glimpse of new sides to Yuuna and the others…
Mini-Games – Experience a miraculous hot springs of divine response!

I wouldn’t expect this one to get an English localisation, but you never know. It’s good to see FuRyu continue to find interesting stuff to publish though – it’s the Japanese publisher I’m watching most closely these days.

We Happy Few has been rated in Australia!