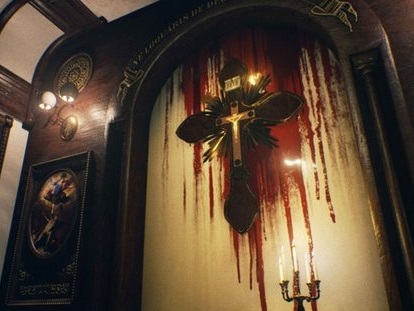 Horror games are a dime a dozen on Steam, and the ecosystem is positively flooded by studios that think jump-scares and unsettling music are the pinnacle of the genre. I’ve played my share of them over the years, and I’ve always preferred titles that instill fear via creating a feeling of helplessness in the player. Plenty of consumers are desensitised to the violence that comes with shooting something scary. It’s another ball game entirely when you’re kept on the edge of your seat by psychological duress. Gray Dawn takes the latter concept and gives it an unusual religious flair that both challenges and terrifies.

Related reading: Another recently-released indie horror game with a really cracking narrative is Lust For Darkness. Here’s our review.

If you’re someone that prefers the Resident Evil brand of horror, then this is going to feel very different. Primarily, that’s because you don’t get to disembowel a number of shambling, ghoulish humanoids. This reminds me a lot of more of 3D2 Entertainment’s The Crow’s Eye, a horror game that billed itself as more of an exploration title with a heavy focus on puzzles. Gray Dawn has heaping servings of both puzzles and wandering around, though the aesthetic is markedly different from the usual shades of gray, black and red that have come to define the genre.

In fact, it wouldn’t be amiss to describe Gray Dawn as being a riot of colour. It’s absolutely beautiful, to the point where it feels a little uncanny valley. Everything looks too nice, too deliberate, and too bright to truly be real. That lends its own unsettling air to the proceeds, and the many-hued palette of the game feels like a deliberate obfuscation of what threatens the player character. As the story centers around a priest who’s been accused of killing an altar boy in an extremely religious community, the design choice actually makes a lot of sense. 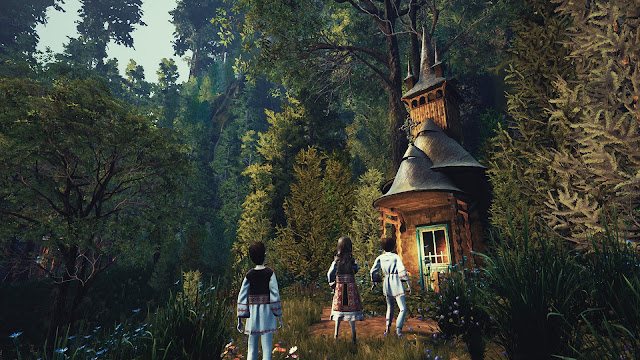 If you’ve watched the latest television adaptation of Thomas Harris’ Hannibal, then you’ll have an idea of what I’m talking about when I say that Gray Dawn’s aesthetic is absolutely dripping with malevolent, religious symbolism. Fuller’s Hannibal had an element of magical realism to it – the titular Hannibal was cast in the role of Lucifer, with no shortage of imagery involving horns, Hell, and soliloquies about the folly of God. However, it was all done incredibly tastefully.

We’re not talking about characters wearing Halloween-esque outfits and romping around doing terrible things. We’re talking about plot arcs invoking Dante’s Inferno, Renaissance paintings warping into sinister tapestries in the light, and murder tableaus that speak to a greater, insidious evil about abuses of power and the weakness of man. If that last item sounds a little bit familiar, that’s because it’s historically been one of the many criticisms about the practice of religion.

Absolute power corrupts absolutely. Or, at least, that’s how the saying goes. It’s not unheard of for the practice of religion to result in the appointment of figureheads and of Chosen Ones – of people who can communicate with God. These people are worshipped in their own way; priests are literally treated as leaders. Throughout history, priests have had the power to administer rites of sacrifice, of exorcism, and of worship. In a body governed by a rigid hierarchy, like a group that practices Orthodox Christianity, this power is immense. 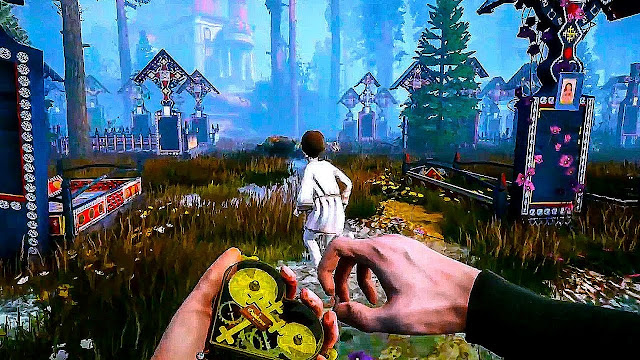 We’ve heard about a number of sordid scandals that have crawled out of the woodwork when it comes to the Catholic Church. It’s in the root of those scandals, in the whisperings about abuses of authority, that you find your feet as Father Abraham. Gray Dawn wastes no time in throwing you headfirst into its nightmarish rollercoaster of religious terror. You stumble around a house after waking up alone, only to be confronted by demonic voices, apparitions, and accusations about a bunch of missing children that have disappeared while in your care. You get a soliloquy from an unseen figure (God), and you’re forced to confront the fact that you’ve sinned. Oh, have you sinned.

The environment around you becomes increasingly distorted as you undertake the game’s exploration segments. There’s evidence of something fundamentally wrong everywhere that you go, and it only becomes more unsettling when you realise that you’re being led around by the ghost of a dead child. You race between a variety of scenes, each more confronting than the next – a funeral, elaborately carved tombstones, realisations about suicide, all peppered with the presence of the Church. Your role starts to look less like a blessing and more like a curse.

Throughout, Father Abraham’s devotion to Orthodox Christianity acts like a noose that’s tightening slowly around his neck. Via the liberal use of voice-overs, musings, and puzzles, you’re slowly introduced to a number of clues which paint a rather horrifying picture of a man that’s at war with himself because of his devotion to the idea of being a priest. The game paints a stunningly beautiful Christmas tapestry only for its saccharine sweetness to end up making you feel sick; dead children dot the narrative of this tale, and every symbol of an innocence highlighted by Gray Dawn’s impeccable design is a deliberate gut punch. 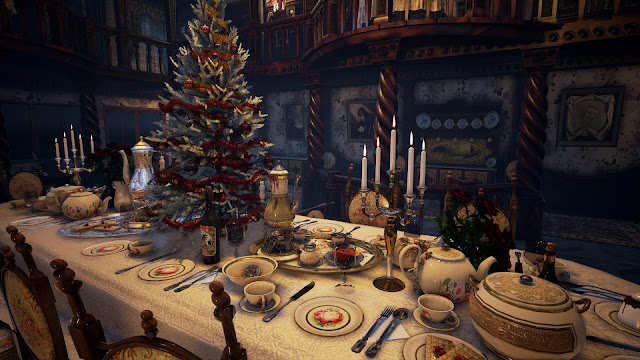 However, it’s not all sunshine and rainbows; a mockery of a supper scene complete with rotting fish rears its ugly head, and bloodstains marr the otherwise pristine environment. There’s rosaries, chalices, bibles, and paintings that create an almost oppressive feeling that the character’s existence is cloaked in religion. The clutter acts as a constant reminder that Father Abraham can’t escape the trappings of his role, and it’s very effective at building tension when throws you navigational curveballs.

The puzzles do their bit to keep you moving along, but they’re far from the strongest part of Gray Dawn. They’re not difficult puzzles by any means; they neither require any sudden platforming skills or any booksmarts. More often than not, it’s as simple as looking somewhere unexpected for an item that enables you passage through to another area. That doesn’t mean that they don’t have their place – Father Abraham will often comment on things that you pick up or examine, and piecing together those ramblings is important if you want the full story. Be under no illusions here; the puzzles are window-dressing.

The real strength of Gray Dawn lies far from its decent controls, its ability to run economically on a PC whilst looking amazing, and its employment of psychological horror tropes to get your heart rate up. The proof is all in the Christianity-flavoured pudding. I have never played any other game quite like this which uses all the trappings of religion in a way that subverts our everyday conceptions of it. What happens when you hold people to artificial standards of behaviour that turn everyday acts into punishable sins? This game peers at the line between portraying real life religion in a game and using it as artful commentary, and completely obliterates it.