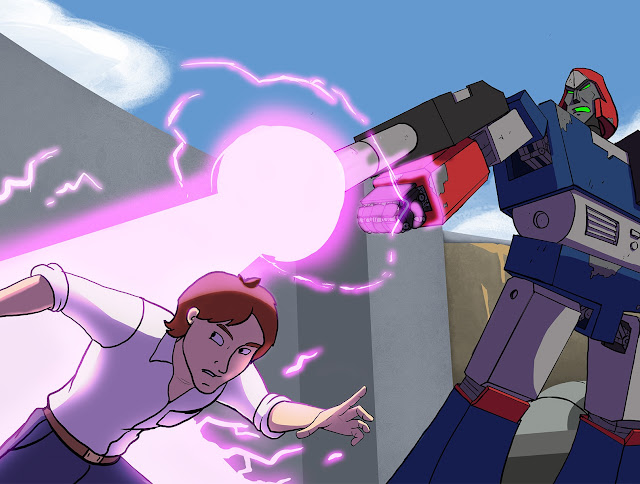 Nostalgia’s a tricky beast. Not only do you need to tap into the memories and emotional response that people have to the thing you’re waxing nostalgic about, but you need to do so in a way that doesn’t also capture all its problems. And when you look at the 1980’s, that’s particularly hard, as that decade had so, so many problems.

Related reading: For another look at the game, here’s Lindsay’s review of Saturday Morning RPG on Xbox

And yet I was a product of that era. I remember watching the old cartoons as I was growing up (Dungeons & Dragons was my favourite, because, terrible as it was, I really am that much of a D & D fan). It was the era where technology was finally reaching the point that it could dominate our entertainment industries, and whoo boy did musicians layer on the “futuristic” synths, and lordy were our movies filled with “cutting edge” special effects. In many ways, the 80s was right up there with the most naive that humanity’s ever been, as people, as a collective, started taking their first meaningful baby steps with all these new toys they had access to. And there’s charm in looking back at that all today, which is what the developers of Saturday Morning RPG have tried so hard to latch onto.

The game plays out across a number of different “episodes” – each bite-length RPG stories set in the kind of nonsense you’d expect to find in a morning cartoon from that era. You plough through each at pace, defeating goons, collecting stickers (powerups) for your totally rad notebook (inventory), knock down the big boss, and then get thrown into the next episode, with the same silly set up. 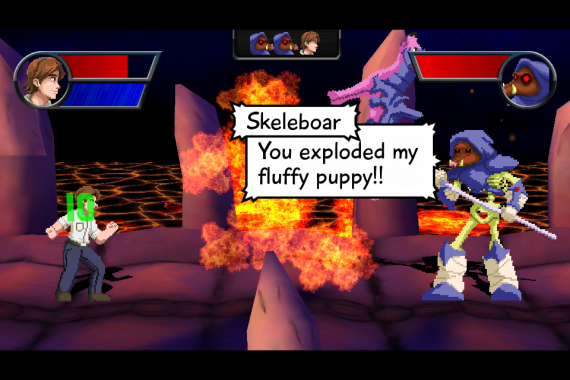 When I say that these episodes are bite sized, I really do mean that. Back when television was stuck in a half-hour-including-ads format, creators didn’t have long to mess with, and Saturday Morning RPG is much the same. One or two short cut scenes are thrown at you to set the scene, but otherwise it’s short gauntlet following quest arrows (you get the occasional side quest, which is really just a deviation), on the way to the boss battle.

This was also a time before Netflix was able to throw real money around to create cinematic-quality television, and particularly with the entertainment aimed at kids, the 80’s was a time of terrible actors (or voice actors) running through incredibly shallow scripts. Again, the Saturday Morning RPG episodes do a really good job of encapsulating that; these are endless piles of combat and bad jokes. Which sounds like a criticism, but it’s worth mentioning that this is exactly what the developers actually wanted to produce, and the writers have done a brilliant job in making this glad-we-have-left-it-behind structure to storytelling charm and panache.

There are so many references strewn within the game, too. From Transformers to Care Bears, The Wizard through Tron, Saturday Morning Cartoon has the same propensity for name-dropping pop culture references in order to demonstrate how tuned into the era the developers are as Ready Player One does over in the world of cinema. Unfortunately, it also comes across as just as vapid, too. If the references were there for some greater purpose – for meaningful satirical effect, for example, that would be one thing, but they’re not, really. They’re there because you’re meant to laugh at recognising the reference, and that joke gets old fast in the context of an RPG where you’ll see the same namedrops over and over again. The game would have still come across as distinctly 80s in tone without seeing the Care Bear rainbow attack for the hundredth time, meaning that these references in the game instead feel indulgent. 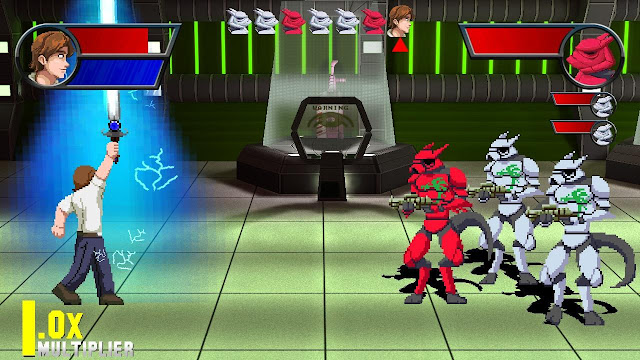 Thankfully, the developers made sure the gameplay wasn’t also a slavish homage to RPG gameplay systems from back then. It’s actually quite modern and streamlined, and enjoyable for that. The combat system is basically like in those Mario RPGs, in that they’re turn based, and on your turn you’ll choose from a range of different attacks, before (usually) playing a little minigame to determine if the attack lands a critical hit. And then, when it’s your turn to be attacked, timing a block perfectly will minimise the damage that you take. There’s also the option to spend a turn “charging up” your attack, so your next attack does more damage. This uses magic power, but given that you’re able to charge up to 4x, if not more, damage on the next attack, the efficiency of doing so means that you’re much better off powering up wherever possible, so there’s not much strategy to this element.

On the other hand, what does get strategic is that you can only take a handful of different attacks (represented as items) into battle. You’ll buy these from vending machines, or find them in the environment, and before long you’ll have a large pile of them. Choosing the right balance of heavy hitting (but slow) weapons, weaker but faster weapons, and weapons that provide additional effects is important, especially since you only get a limited number of uses of each in each battle. Indeed, these items are the best excuse for doing the game’s handful of side quests, as you get some of the best stuff in there.

The good news is that this combat system is smooth, clean, and pacey, so it never actually gets dull, even though there are a lot of enemies to work through on your way to the boss battles. The better news is that, once defeated, enemies are removed from the map and don’t come back, making grinding impossible (even if you were inclined to grind in what is a pretty easy game), but keeping progress steady. The not-so-good news is that enemies are quite repetitive and, as they’re basically name-dropped references to 80s nostalgia like everything else in the game, the initial amusement from meeting one the first time quickly turns to a joke worn thin. 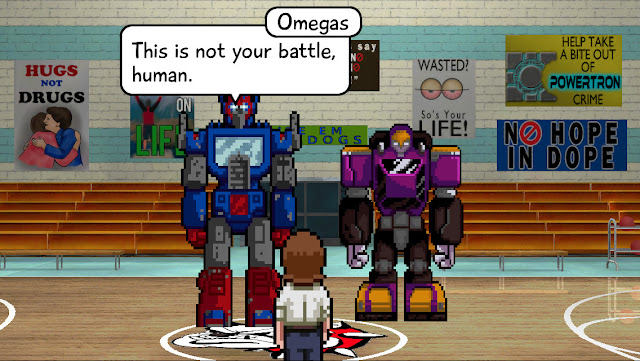 Saturday Morning RPG is enjoyable. It’s a clean, cheap, pleasant RPG for people who either grew up in the 80s, or have developed an appreciation for what passed as entertainment back then. Either way, the heavy reliance on nostalgia does wear thin and lose its comedic appeal, and from there you’re only left with a workable, but very limited, turn based combat system, and not much more.