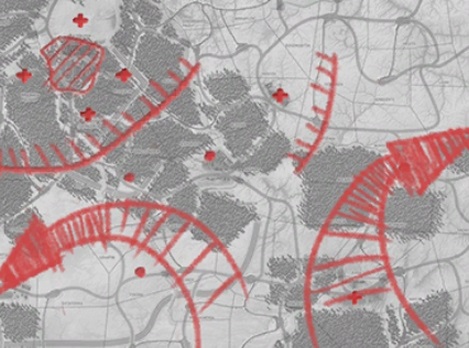 Drive on Moscow is the last thing you’d expect to see on a console. Tactics RPGs and even more serious strategy titles like Nobunaga’s Ambition are one thing, but Drive on Moscow is the full grognard experience. The most hardcore of the hardcore. The kind of strategy game that would only appeal to people who know what GMT Games is. And I’m glad that it’s on PlayStation 4. I’m a grognard. I have an entire bookcase filled with GMT Games stuff. but I do wish more effort went into the port.

Related reading: Our review of Drive on Moscow on iPad

Before we get to the game itself, I wanted to address the technical issues of the game first, because this really isn’t a great quality port. Most immediately noticeable is the compression of the music which, while not painful, is also really unnecessary; it’s not like there are download limits on PlayStation 4 file sizes, so why compress down the music so that it sounds like it’s being pushed through $2 speakers? Furthermore, the interface is poorly optimised for controllers. It was a game for iOS and/or PC originally, and designed with a finger or mouse pointer in mind. Remapping that to controller buttons doesn’t always work smoothly, particularly in the menus. Finally, there is the odd bug, which is occasionally enough to require a restart of a mission. These are infrequent, but wow are they a killjoy when they happen when you’re knee deep in the middle of a war and on track to win.

That being said, it’s not the technical elements that will put people off side here. It’s the presentation itself. Drive on Moscow works hard to look like a traditional wargame board game. Units are represented by little tiles that you shift around the battle map on your turn. There’s no animation beyond pieces sliding around, the map itself is detailed in terms of art, but flat, and, just like with most wargame board games, there’s only a couple of scenarios to choose between. In this case, four.


And if the limited number of maps and board game presentation don’t put people off Drive on Moscow, a non-grognard might play the game only to wonder why the hell anyone would play something so unbalanced; in each of the game’s four scenarios, one side or the other has an overwhelming advantage. We are talking about a series of military campaigns between Russia and Germany through World War 2 which were by no means balanced, but in the world of video games, there is always that expectation that a developer will fix history to make it all fair.

So, to address all that; firstly, the game is gorgeous. Combining the board game aesthetic with pieces that clearly display all the data they need to produces something that looks just like the kind of maps you see in history textbooks, and that’s appealing. At least, to my eyes. Meanwhile, the reason for the limited number of scenarios is simple; Drive on Moscow, and most board game wargames, is designed around accurately reflecting a particular moment in military conflict. This means there are subtle rules variations and design elements that wouldn’t work in the context of other battles or conflicts and so, in order to maintain historical authenticity, the game is limited to a smaller number of scenarios. You couldn’t take this exact system and create scenarios about the Germans invading France, for example. But four scenarios is also enough for this kind of experience. Anyone who would complain about the price of such a game should see how much the actual board games cost…

But getting off the digression here, the other big issue is that there isn’t much that could be called accessible in Drive of Moscow. The tutorial does a decent enough job of teaching you the basic mechanics, but then you’ll pick the very first scenario, which represents the initial push into Russia by Nazi Germany in World War 2. You’ll pick the Russians, of course, and get absolutely trounced by the lowest difficulty level AI. Not because the AI was necessarily good, but because, historically, that’s exactly what happened, and if you choose the Russians you’re facing overwhelming odds there. 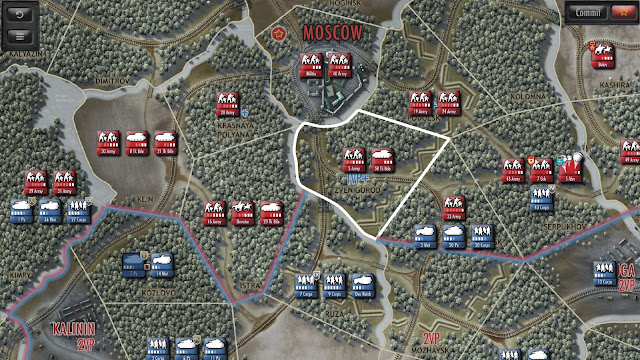 And then, of course, things get flipped around for the second half of the scenarios as Nazi Germany fails to capture Moscow, winter sets in, and the Russians start to push back against the now doomed Germans.

Why would you want to play such an unbalanced game? Because while it’s incredibly difficult, it is possible to generate a result different to what happened in the real history. It’s possible to stop the Germans in that initial push on Moscow. It’s possible for the Germans to capture Moscow and effectively conquer Russia. These “what ifs” tend to fascinate armchair generals who fancy themselves better military minds than the generals that fought in the wars themselves, and for these people, having the respective forces depicted to exacting detail is so much more important than “balance.”

Fans of history also tend to enjoy these games and the way they represent the movement and flow of troops across a war. The research that clearly went into Drive on Moscow is impressive, and if you ever did want to learn a bit more about what happened in Russia through World War 2 (it’s not something we tend to learn about in the west), then this game is educational without being wordy. I find that a downright responsible approach to game design, truth be told. War isn’t fair, and trying to gamify war by balancing it cheapens it. Cheapening war is perhaps the most irresponsible thing that a developer could do in the current political context. While there are plenty of other wargames out there that are perfectly entertaining, I’d strongly recommend that people who like their strategy titles look at things like Drive on Moscow, just to remind themselves of the real context here. 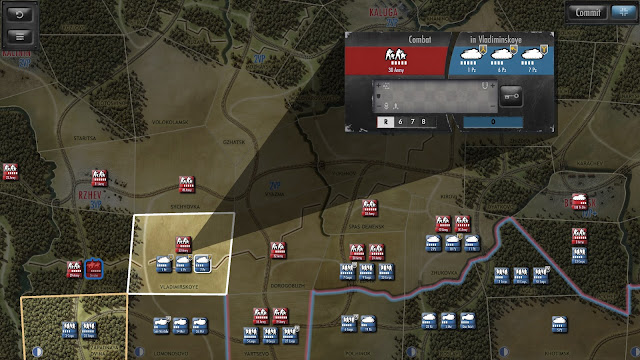 It’s not an accessible game. Of course it’s not. Drive on Moscow might just be the most niche title on the PlayStation 4. But the historical accuracy and the way that the game has taken one of the most important military campaigns through World War 2, and turned it into something so fascinating, makes it very, very worthwhile.

Review: The Swords of Ditto (PC)