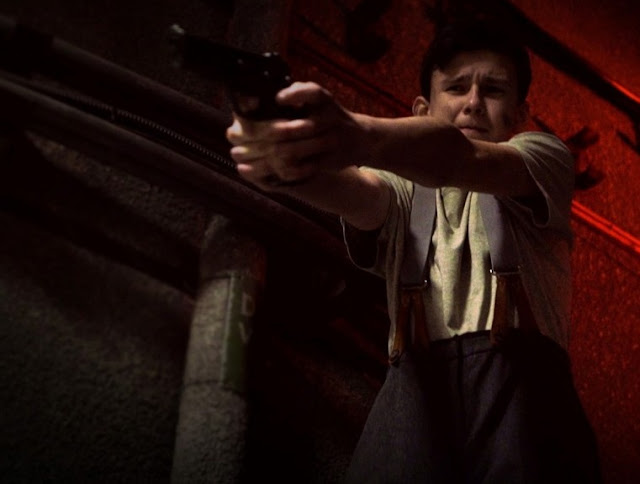 The Bunker is yet another feather in the Nintendo Switch’s cap, so far as interesting and different experiences on the platform go. As a FMV, cinematic-style game, players will find themselves engrossed in the daily ritual of the protagonist, John, who has grown up in a fallout shelter after a nuclear war has devastated Britain. After an alarm goes off within the bunker, signifying that all kinds of messed up stuff is about to happen, the story delves deeper as reveals what happened after the bombs went off.

Because it’s an FMV game, finding proper actors to play the roles in The Bunker was important, and the developer managed to get some serious acting pedigree, such as the role of John himself going to Adam Brown, who played Ori in The Hobbit trilogy. The game also calls on the talents of Sarah Greene, who was in Penny Dreadful, Grahame Fox, who starred in Game of Thrones, and John Blake, who appeared in Star Wars films. Because of the experience the cast has in film the full motion video sequences are believable, cinematic, and suspenseful.

It isn’t just the actors which have had experience with larger scale projects, with the writers having previously written for titles such as The Witcher, Broken Sword and SOMA. Couple the talent with the fact that the filming took place in a real cold war bunker, and the result is a well meshed production and genre piece. This is enhanced by the overall quality of the filming, which uses lighting to its great advantage in heightening the severity and claustrophobic nature of the fallout shelter. 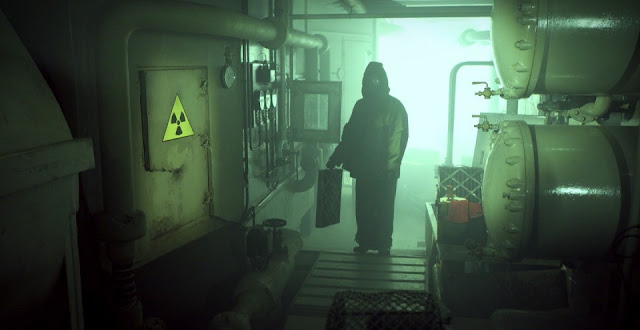 The game progresses by tasking the protagonist with slowly making his way through the bunker to achieve certain goals. Each floor is devoted to a specific operation in the bunker, which is a neat way of taking the cinematic style of the FMV footage and applying game-like structure to it. Initially the game teaches you that to stay safe the best course of action is to stay on the first floor, which includes a terminal to check on functionality of the bunker as well as food supplies, it is essentially the living quarters for John. Of course, within the first couple of minutes we discover that John is now along in this bunker, and as the now only remaining survivor, he doesn’t really have the option to remain in the safety all times if he plans on continuing to survive.

At first John gets by just fine. Slowly, however, the threat of radiation levels rising and the air filtration system failing begins to plays on his mind. These issues push the player to push John to explore deeper into the bunker to resolve the problems. As John goes deeper his experiences get progressively worse, and without giving away the plot or surprises it has in store for the player, it’s the kind of narrative that tries to out-psych the audience, in this case you as the player.

Unlike what is capable through cinema, how the game ends is based on choice, and while that choice will feel underwhelming for some, I felt it was a strong representation on what the lead character is struggling to deal with. Instead, where The Bunker falls down is in comes in the limitations of the FMV as a medium itself. It’s a platform that necessitates limited interactivity, however, even by those standards other examples of the genre have done interactivity better than The Bunker, which sits on the side of too limited for its own good. 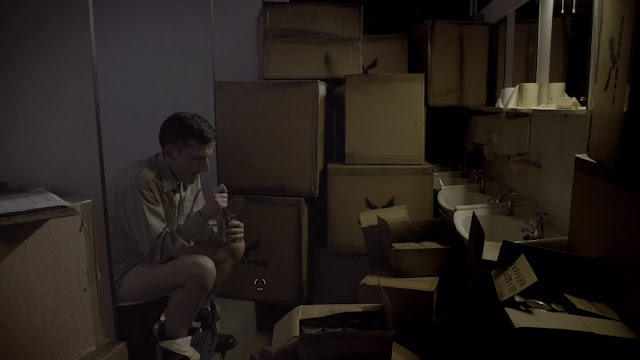 Then again, FMV games were always designed around finding the middle ground between cinema and video game. The Bunker weaves a decent plot, is well cast, and certainly has its moments of intensity. This was a genre that people thought was dead and buried back in the early era of CD Roms, thanks to the inaccessibility of talented actors, cinematographers, and story writers leading to trash like Night Trap dominating the genre. What a difference a few decades make. If The Bunker is anything to go by, there might be a bright future for these experiences yet.